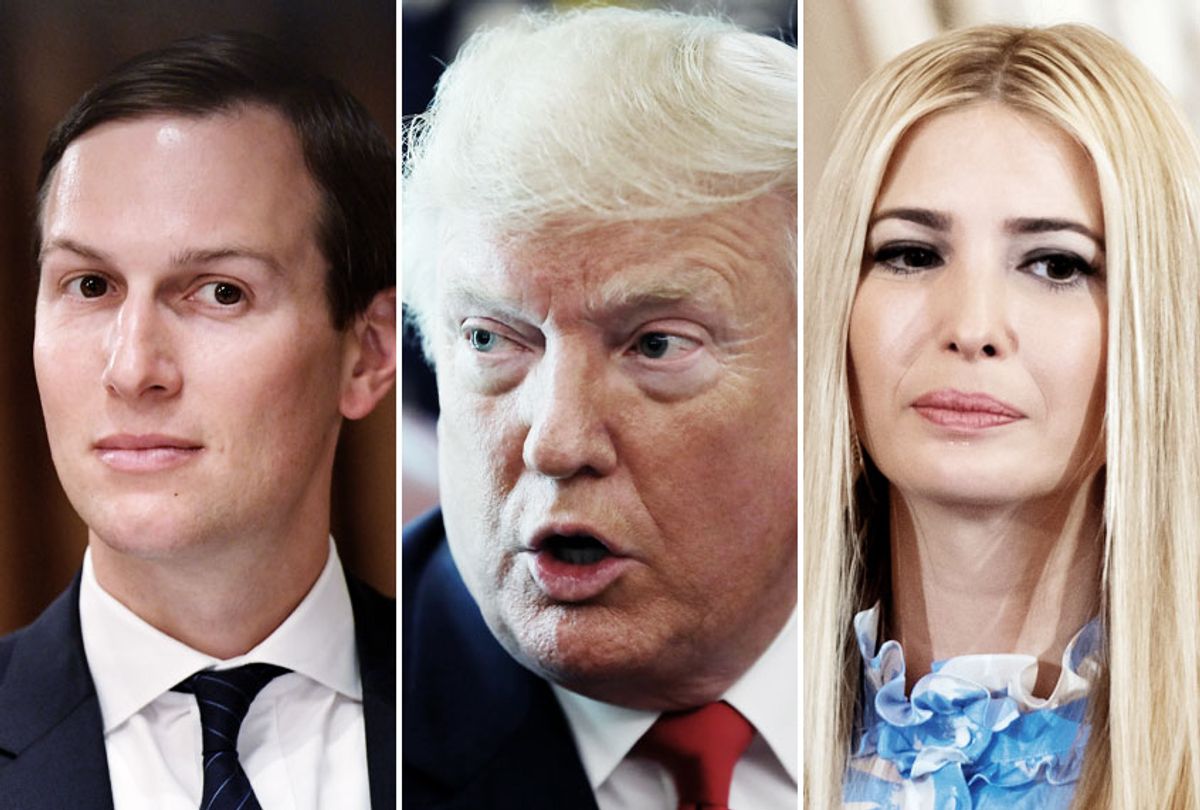 The COVID-19 coronavirus has been deadly not only because it is so infectious, but also because it is a novel pathogen that has no vaccination or known therapeutics. In the face of all the mystery about the proper course of treatment, President Donald Trump has obsessively touted hydroxychloroquine as a possible coronavirus treatment — even when medical experts warned that he was jumping the gun.

And journalist Katherine Bean, in an article published by Vanity Fair on Friday, describes some of ways in which Trump "escalated his marketing blitz on behalf of hydroxychloroquine" behind the scenes earlier this month.

"The president had been touting hydroxychloroquine for weeks, sparking worldwide shortages of the drug and prompting negotiations with Indian Prime Minister Narendra Modi to lift export restrictions on its active ingredients," Bean reports. "But on March 24, the federal government's top interagency working group of clinicians and scientists privately threw cold water on his claims, according to a federal official with knowledge of the working group's deliberations."

Bean explains that in an "internal consensus statement," a "medical countermeasures group" within the U.S. Department of Health and Human Services "recommended that chloroquine-based COVID-19 treatments should be studied only in controlled, hospital-based clinical trials, as their safety and efficacy was 'not supported by data from reliable clinical trials or from non-human primates' and carried 'potential risks.' The medicines — which are used to treat malaria as well as autoimmune conditions such as lupus — can have serious side effects, including heart arrhythmias."

But on April 4, according to Bean, Trump White House officials "pushed ahead with a massive behind-the-scenes pressure campaign on the government's top health officials to deliver huge amounts of chloroquine drugs to just about anyone who wanted them." And documents that Vanity Fair has obtained illustrate that "pressure campaign." The night of April 4, Brett Giroir (assistant health secretary for HHS) sent an e-mail with the subject "hydroxychloroquine" to FEMA administrator Pete Gaynor and Robert Kadlec (an HHS assistant secretary for preparedness and response) as well as U.S. Navy Rear Admiral John Polowczyk — and the e-mail read, "WH call. Really want to flood NY and NJ with treatment courses. Hospitals have it. Sick out patients don't. And can't get. So go through distribution channels as we discussed. If we have 29 million, perhaps send a few million ASAP? WH wants follow up in AM. We can get a lot more of this. Right, Bob? Millions per week?"

That e-mail and others, according to Bean, "indicate that the administration's top health officials were closely involved in a frenzied effort to make unproven chloroquine treatments widely available, even though the FDA's new emergency rule limited distribution of the drug as a COVID-19 treatment to hospitalized patients."

One person who didn't share Trump's enthusiasm for hydroxychloroquine as a possible COVID-19 treatment was Rick Bright, who Bean notes was "pushed out of his position as the head of the Biomedical Advanced Research and Development Authority (BARDA), a small agency within HHS that partners with private scientific ventures to create vaccines, drugs and diagnostics."

After being ousted from that position, Bright asserted: "Specifically — and contrary to misguided directives — I limited the broad use of chloroquine and hydroxychloroquine, promoted by the administration as a panacea, but which clearly lack scientific merit."

"Whether owing to the accumulation of evidence against hydroxychloroquine's efficacy, the resistance of career health officials, or something else entirely," Bean reports, Trump's administration "appears to have dropped its crusade on behalf of the purported miracle cure — at least for now."