Lahren also spoke out against social distancing last week, saying "it’s time for this trial of communism to expire" 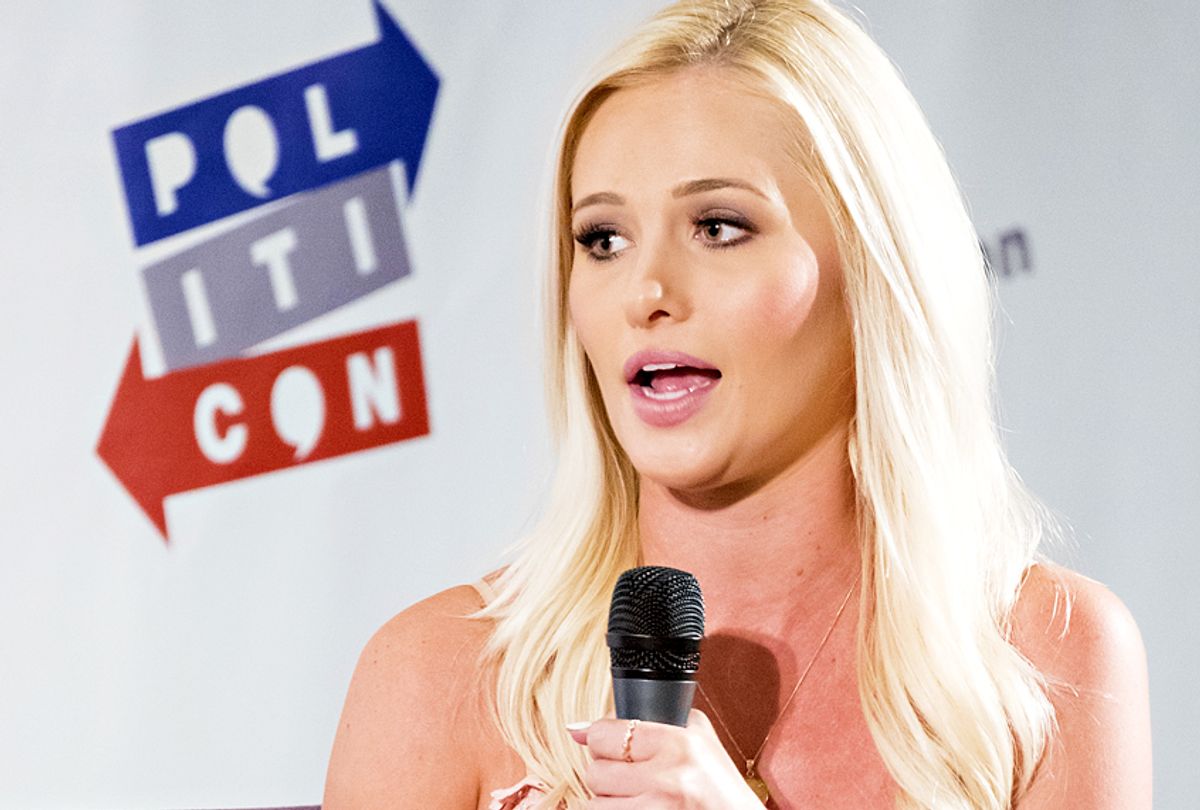 The slavery comparison was widely criticized on Twitter, including by the conservative commentator S.E. Cupp.

Lahren, like many Fox personalities and Trump boosters, has thrown her brand behind the nationwide outbreak of protests against government-mandated stay-at-home orders aimed at containing the coronavirus pandemic, tweeting last week that social distancing was a trial run for communism. Her latest tweet was one in a series of "#ReopenAmerica" posts fired off Monday by the social media provocateur.

"The point was to flatten the curve, not eradicate the virus," Lahren added. "It may take a year or more to kill the virus but the economy and livelihoods of millions are about to be destroyed entirely. Enough."

COVID-19 has killed more than 56,000 people in the U.S. to date, and experts credit nationwide social distancing mandates for keeping the numbers lower than nightmare scenarios.

Lahren, who has caught fire before for racially-charged comments — like saying the "highlight" of her 2018 Thanksgiving was watching Border Patrol agents lob tear gas canisters at migrants trying to cross the U.S.-Mexico border — has not yet explained why the slavery tweet disappeared.

In 2016, the Fox personality tweeted: "Meet the new KKK. They call themselves Black Lives Matter, but make no mistake: their goals are far from equality." She has since deleted that tweet.

Lahren criticized NFL quarterback Colin Kaepernick that same year for protesting police brutality by kneeling during the national anthem, saying that "blaming white people for all your problems might make you the racist."

"If this country disgusts you so much, leave," she said.

Lahren moved this month from Los Angeles to her new home in Nashville, where she had been posting videos of news analysis from her kitchen. According to an article on Realtor.com, her new $700,000 home "gives a vibe of floating among the trees" and its "ample fenced courtyard, surrounded by trees, offers privacy."