If any media figure can accurately be described as a millennial equivalent of Ann Coulter, it is Tomi Lahren 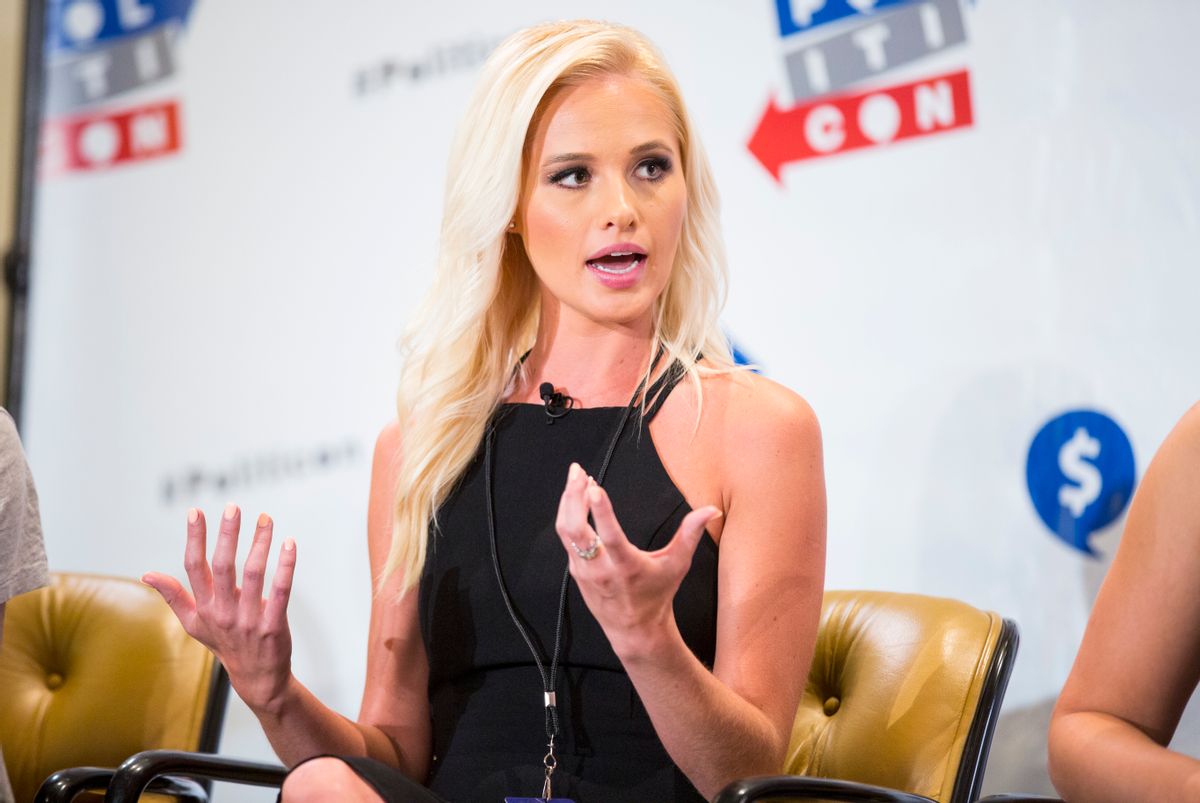 If any media figure can accurately be described as a millennial equivalent of Ann Coulter, it is the equally trollish Tomi Lahren. At 26, Lahren (who hosts “First Thoughts” on Fox Nation) has earned a reputation for being a firebrand of the far right — and not unlike Coulter, she isn’t shy about saying or doing outrageous things in order to draw attention to herself. Earlier this week, Lahren’s shoot-from-the-hip style was evident in a mean-spirited attack on Sen. Kamala Harris that mentioned former San Francisco Mayor Willie Brown: Lahren posted, “Kamala, did you fight for ideals, or did you sleep your way to the top with Willie Brown?”

The comment was condemned not only on the left, but also, by some of her right-wing colleagues at Fox News. And Lahren ended up apologizing for her “wrong choice of words,” which is something she seldom does.

But the attack on Harris was hardly the first time Lahren stirred controversy. Here are some of the most offensive things the far-right provocateur has said or done:

1. Lahren attacked John McCain as a ‘RINO’ the day he announced suspension of brain cancer treatments

In August 2018, Sen. John McCain of Arizona was obviously near the end of his life when he announced that he would be suspending brain cancer treatments (he died on August 25, 2018 at the age of 81). And Lahren used the announcement as an opportunity to smear McCain, telling supporters of GOP Senate candidate Kelli Ward that “We can’t put up another RINO like McCain and Flake.” RINO stands for Republican in Name Only, and as right-wing as McCain and former Arizona Sen. Jeff Flake were, Lahren insisted that they weren’t right-wing enough. Not surprisingly, Lahren’s tasteless attack drew some angry responses: journalist Greta van Susteren denounced her timing as “cruel.”

2. Lahren claimed that Beto O’Rourke is trying to pass himself off as Mexican

Democratic presidential candidate Robert “Beto” O’Rourke is fond of speaking Spanish, which is his second language. But he never pretended to be a native speaker or claimed to be of Mexican descent; it was Latinos in El Paso who gave him the nickname Beto (which is short for “Roberto” in Spanish). But Lahren has conflated O’Rourke’s Spanish-speaking skills with trying to pass himself off as Mexican and favoring open borders. On July 30, Lahren tweeted, “Robert is still trying to convince us he is Mexican. He is not. He also believes in tearing down border barriers where they already exist.”

Although Rep. Ilhan Omar of Minnesota is a practicing Muslim and proudly wears hijab in Congress, she is by no means an Islamic fundamentalist or a jihadist. The very fact that Omar aggressively supports LGBTQ rights shows that she takes a decidedly non-fundamentalist approach to Islam. Yet Lahren has promoted the ridiculous myth that Omar and other Democrats are in favor of imposing Sharia law in the United States. On April 14, Lahren tweeted, “The Left stands up for @IlhanMN and says we MUST be tolerant of Sharia Law.” Reality: Ilhan and her Democratic allies in the House never said any such thing.

Lahren has repeatedly defended some of the President Donald Trump’s most racist comments, but to hear Lahren tell it, Black Lives Matter are comparable to the Ku Klux Klan — a white supremacist group with a long and vicious history of domestic terrorism. Lahren once tweeted, “Meet the new KKK. They call themselves Black Lives Matter, but make no mistake: their goals are far from equality.” The notion that BLM is somehow comparable to the KKK is beyond absurd.

But Knowles — and for that matter, BLM — never said that white lives don’t matter, only that black lives do matter.