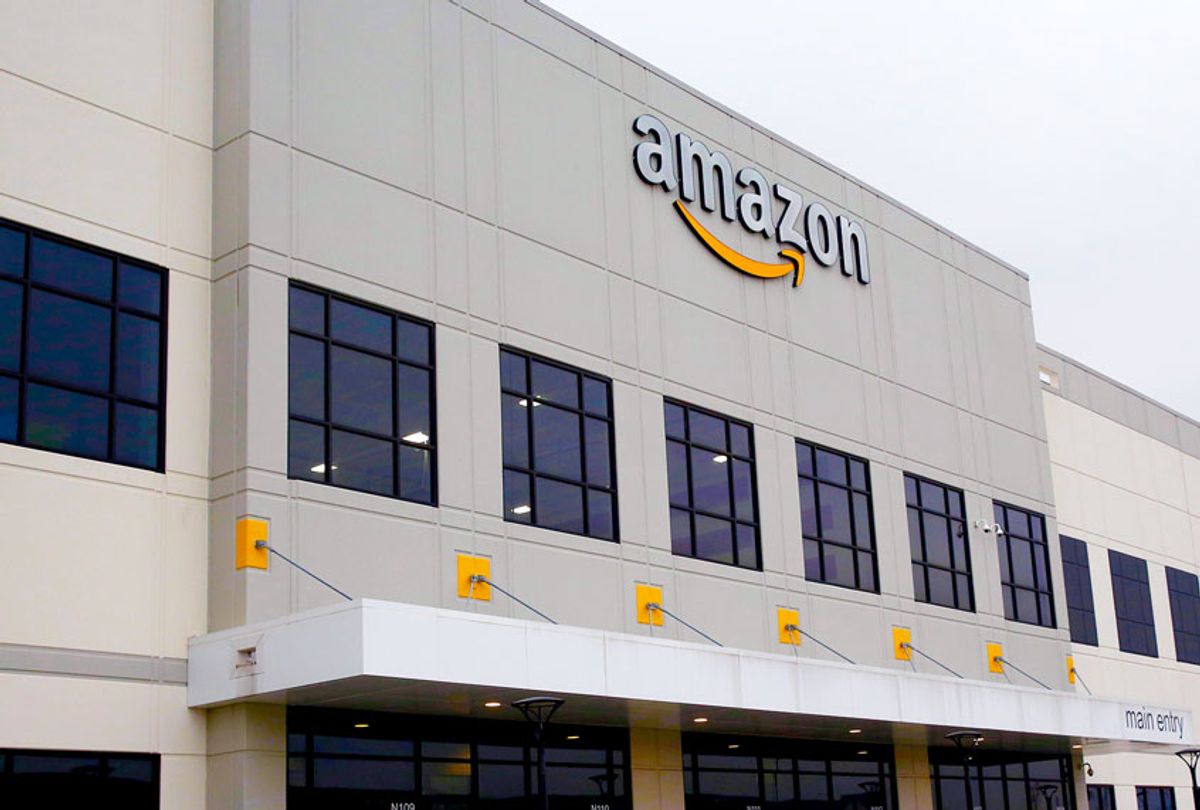 The letter, dated April 22 and first reported by NPR, informed the company that it was under investigation for firing a Staten Island warehouse worker who organized a protest against working conditions amid the coronavirus pandemic — a possible violation of New York whistleblower and labor laws.

The office also alerted the company that it was under scrutiny for "other cases of potential illegal retaliation" in the state.

"While we continue to investigate, the information so far available to us raises concerns that Amazon's health and safety measures taken in response to the COVID-19 pandemic are so inadequate that they may violate several provisions of the Occupational Safety and Health Act," the letter read.

The NYAG asked the company to shutter multiple New York facilities in order to ensure "adequate sanitization and disinfection," citing recommendations from the Center for Disease Control.

The letter recommended that Amazon rehire the Staten Island worker, Chris Smalls, and requested all internal communications regarding worker complaints, protests and demonstrations at facilities in the state starting Feb. 1.

Amazon fired Smalls in March after he organized a walkout at the company's Staten Island warehouse, which had reported a coronavirus case, in protest over protective equipment and pay rates during the pandemic. The company said it fired him for "violating social distancing guidelines and putting the safety of others at risk."

"In this midst of a pandemic, Chris Smalls & his colleagues bravely protested the lack of precautions that @amazon employed to protect them from #COVID19. Then he was fired," James wrote in a March 30 tweet. "I'm considering all legal options & calling on the NLRB to investigate. Amazon, this is disgraceful."

It is illegal for companies to retaliate against employees for trying to organize in the workplace to "improve terms and conditions of employment," even without a union.

Amazon did not respond to Salon's request for comment, but repeated previous remarks about the issues to NPR, calling the employee accusations baseless and insisting the company takes "extreme measures to keep people safe."

The attorney general's office told the company that initial investigations raised "serious concern that Amazon may have discharged [Smalls] in order to silence his complaints and send a threatening message to other employees that they should also keep quiet about any health and safety concerns." It also cited other instances of possible retaliation and worker intimidation.

"This office has learned that many workers are fearful about speaking out about their concerns following the termination of Mr. Smalls' employment," the letter said. "This is a particularly dangerous message to send during a pandemic, when chilling worker speech about health and safety practices could literally be a matter of life and death."

The letter aligns the attorney general's office with Amazon workers, with both groups asking that the company temporarily close and clean all facilities with confirmed cases of the new coronavirus. Facilities around the country have reported infections, including the death of a manager in Hawthorne, Calif.

Smalls, the Staten Island worker, reportedly registered a complaint with the state Department of Health last month, alleging that employees regularly violated social distancing rules and the facility was unsanitary.

Amazon employees have recently organized a series of protests and walkouts, including an "online walkout" last week organized by a pair of former tech workers who claim they were sacked in retribution for criticizing company policies and calling attention to poor warehouse conditions.

Worker allegations include a lack of masks and not enough break time for hygiene, as well as complaints about sick pay and the company's retraction of its unlimited unpaid leave policy. Amazon has increased minimum pay by $2 an hour through the end of April, and starting May 1, the company will require employees to use regular time off.

With demand for food and retail delivery, as well as streaming services, all soaring among the economic shutdown, Amazon is one of a handful of U.S. companies still hiring. Ecommerce has grown by about 50% during the pandemic, and Amazon said it will hire 75,000 additional workers to keep up with the pace.

"We know many people have been economically impacted as jobs in areas like hospitality, restaurants and travel are lost or furloughed as part of this crisis, and we welcome anyone out of work to join us at Amazon until things return to normal and their past employer is able to bring them back," a company spokesperson said in a statement.