Florida also excludes travelers and seasonal residents who died in the state, though medical examiners include them 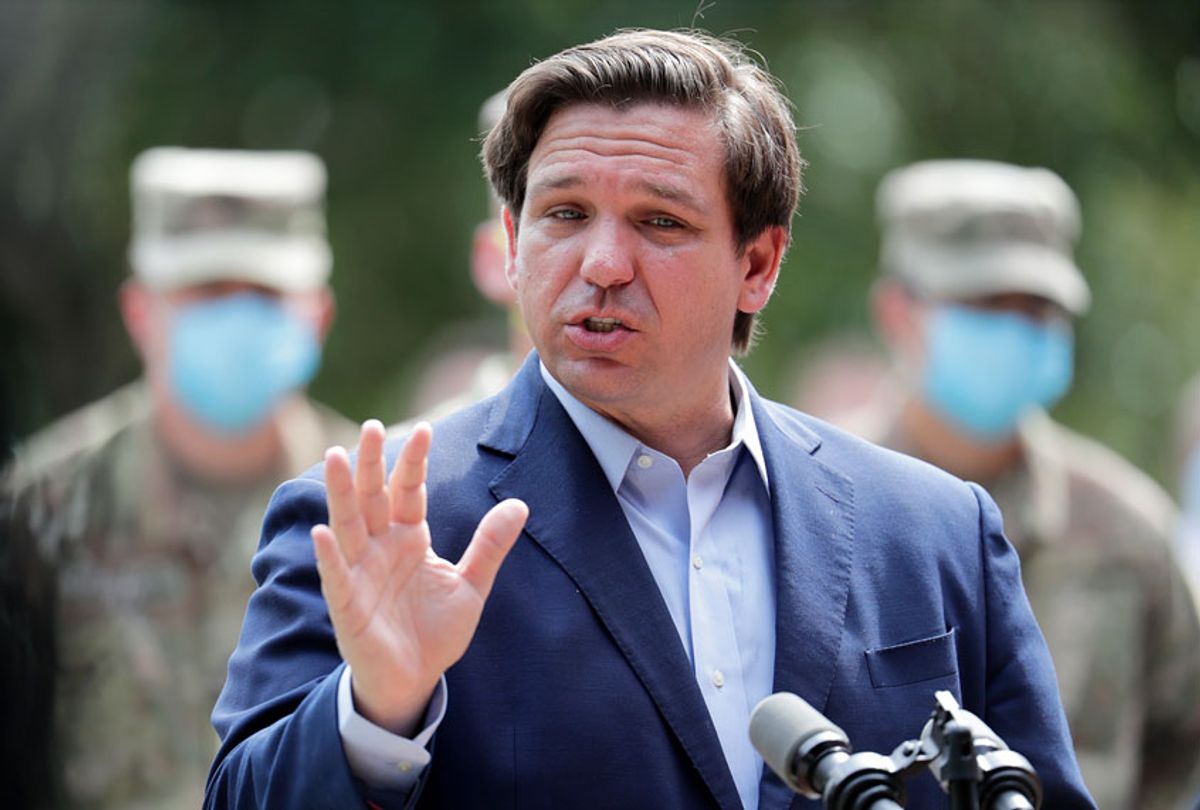 Florida Gov. Ron DeSantis responds to a question at a news conference at the Urban League of Broward County, during the new coronavirus pandemic (AP Photo/Lynne Sladky)
--

The Sunshine State has not released lists compiled by the state Medical Examiners Commission in the last nine days. The updates stopped after The Tampa Bay Times reported that the medical examiners' death count was 10% higher than the number reported by the Florida Department of Health.

Dr. Stephen Nelson, who heads the commission, told the outlet that the change in policy came after state health officials "intervened."

Nelson said the officials told him they plan to redact causes of deaths and descriptions of cases from the data, which he said would make the lists "meaningless."

"This is no different than any other public record we deal with," Nelson added. "It's paid for by taxpayer dollars, and the taxpayers have a right to know."

Nelson said the lists have always been made public since medical examiners began to compile them in 1992.

"I was actually taken aback when they called us," Petrino said, adding that the data was important to make public so that individuals have accurate information about the health crisis. "I'd hate to see anything hinder that. Hopefully, it won't."

The health department told The Times that it "participated in conference calls" with law enforcement officials to express "privacy concerns for the individuals that passed away related to COVID-19."

The request came after the health department last month tried to convince the Miami-Dade County medical examiner's office to block access to death records, according to The Miami Herald. The county released the data, anyway.

The health department also refused to release information about infections in nursing homes until news outlets sued for the information.

"It's just shocking to me the level of interference," Barbara Petersen of the First Amendment Foundation told The Times.

A spokesperson for the health department in Hillsborough County argued that the discrepancies in the state's numbers could be due to a lag in reporting. Florida also excludes travelers and seasonal residents who died in the state, even though medical examiners do include them.

The efforts to keep public health information under wraps came as Florida Gov. Ron DeSantis, a Republican, moved to reopen parts of the state's economy after he delayed issuing a stay-at-home order earlier in the outbreak. DeSantis on Wednesday announced the plan to reopen, as the state saw its largest spike in coronavirus deaths since the pandemic began.

"We ask that you work with the Department of Health and county medical examiners to ensure that COVID-19 cases are detected and reported accurately," they said, calling for a "detailed explanation of the public health justification" for excluding nonresidents from the state's death count.