To get started, open a beer and take a healthy chug. 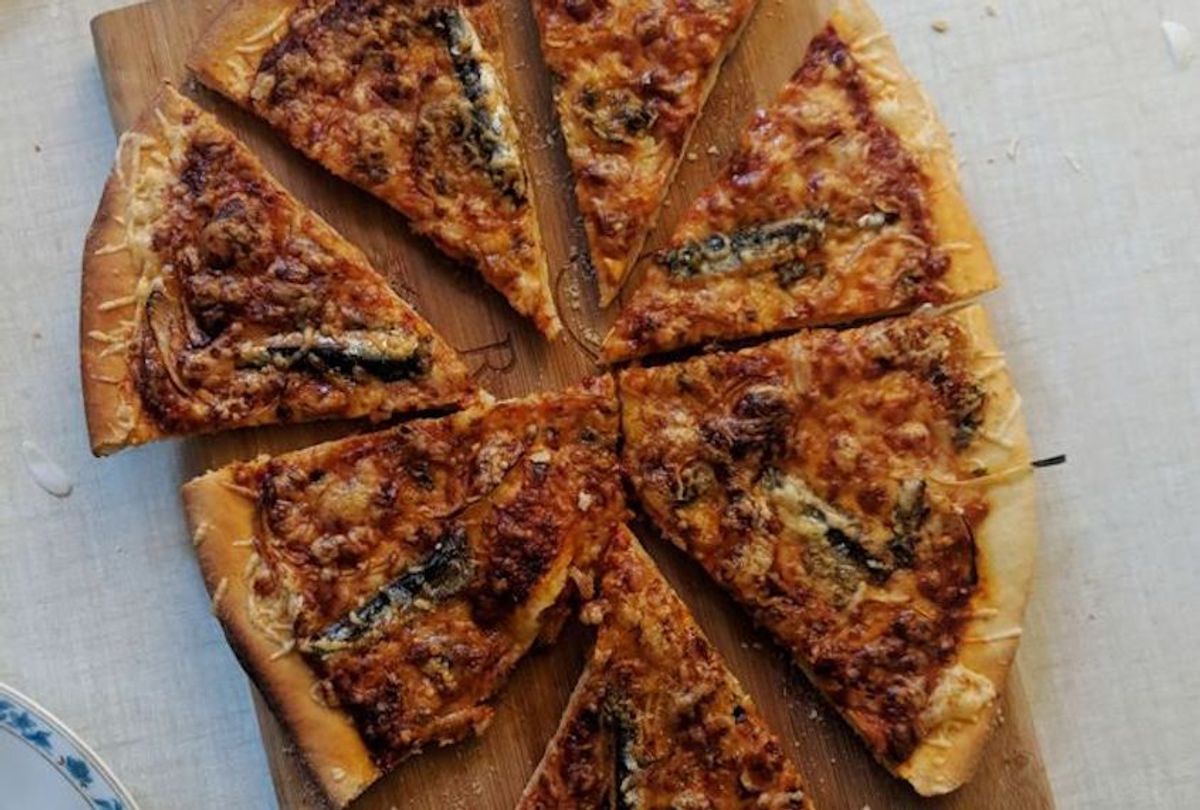 I rarely get text messages anymore. All of my conversations seem to take place on WhatsApp or, more recently, the Hollywood Squares grid of a Zoom call. The only contact who continues to send texts is my old friend Dominos, who messages me every week to share "Crazy Tuesday," — or here in Paris, "Mardi Fou" — pizza specials.

Truth be told, I'm more than a little tempted. I don't miss takeout so much as I miss the occasional break from cleaning up after dinner. But, I also find that when I make the pizza myself — mixing and rolling the dough, laying on the toppings (and if I want funky blue cheese on one side and anchovies on the other, then so be it!) — that I enjoy it more, flour-covered kitchen and all.

Since confinement began on March 17, the French have been (mostly) prudent about staying home. Up until last week, the weather had been uncharacteristically beautiful, the flowering trees and the clear blue skies making the sting of quarantine especially acute. Spirits may be dampened, but French culture remains strong. My favorite wine store has reduced hours, but they still have a hand-written note on the door advertising a plentiful stock of cold rosé. And people still want their fresh-baked baguettes. After all, this is a bread country.

To cut back on daily trips to the boulangerie, many have taken to baking bread at home, and the result is a widespread shortage of yeast. For my homemade pizza, I've had to fall back on a recipe I learned years ago when I worked as a cook in Bilbao.

This is not a recipe for pizza snobs. It is a recipe for anyone willing to forgive a slightly imperfect crust in exchange for a delicious vehicle for melted cheese, sauce, and all of the toppings. It's a great hack and the ace that every home cook needs up their sleeve: beer-crust pizza.

To get started, open a beer and take a healthy chug — we all deserve it. Or if you don't drink, raise a symbolic "cheers" to yourself for becoming a real-life pizzaiolo, the Italian word for pizza maker. For two medium-sized pizzas, add three to four cups of flour (or sub in a cup of whole wheat flour) to a large mixing bowl and pour in some beer—start with one-and-a-half cups — a glug of olive oil, and a couple of pinches of coarse salt.

I once read in an old cookbook geared toward housewives to always leave one hand clean — that way you can still answer the phone or admire your manicure. Times have changed but it's still a good tip. Use one hand to begin mixing until you incorporate all of the flour. (You can also use a wooden spoon or rubber spatula, but I like to literally feel it out.) If the dough is too sticky, creating a plaster-like mitt around your fingers, add more flour. If too dry and crumbly, add more beer.

Lightly flour a surface and clap some between your hands like an Olympic gymnast. Knead your dough (folding it over and pressing with your hand heels) until it passes what chefs call the "windowpane test." Break off a piece of dough, roll it into a ball, stretch it, and hold it up to the light. If you can see light pass through, like a windowpane, your dough is ready. Form it into a smooth ball.

Coat a separate bowl with a touch of olive oil and add your dough. Make her feel snug as a bug by covering the bowl with a dishtowel, and let her nap for at least half an hour. While it rises, you can consider names for your newborn dough baby — Do-rothy and Do-lores are good options, but feel free to be more clever.

You're in the final lap! Pre-heat your oven as high as possible (your average Neapolitan pizza bakes at 700 degrees F). Return Do-rinda to a lightly floured surface and divide her in two. Use your fingertips to give her a massage, beginning from the middle and working your way outward, from all directions. Take your time and continue to gently prod and stretch until you reach your desired size and thickness. Repeat with the remaining half.

Transfer the dough to a floured or lightly oiled oven tray or pizza stone. Now, add your toppings. If you're using tomato sauce, go easy—too much makes for a soggy crust. Brush olive oil on the edges and into the oven it goes.

The higher the oven temp, the faster your pizza will cook, so keep an eye on it and cook until the crust is golden brown and the cheese is bubbling.

Maybe it's time I reply "STOP" to no longer receive the Dominos texts. But, then again, I kind of like getting the messages. You never know when you'll be hit with an insatiable craving for a Crazy Tuesday.