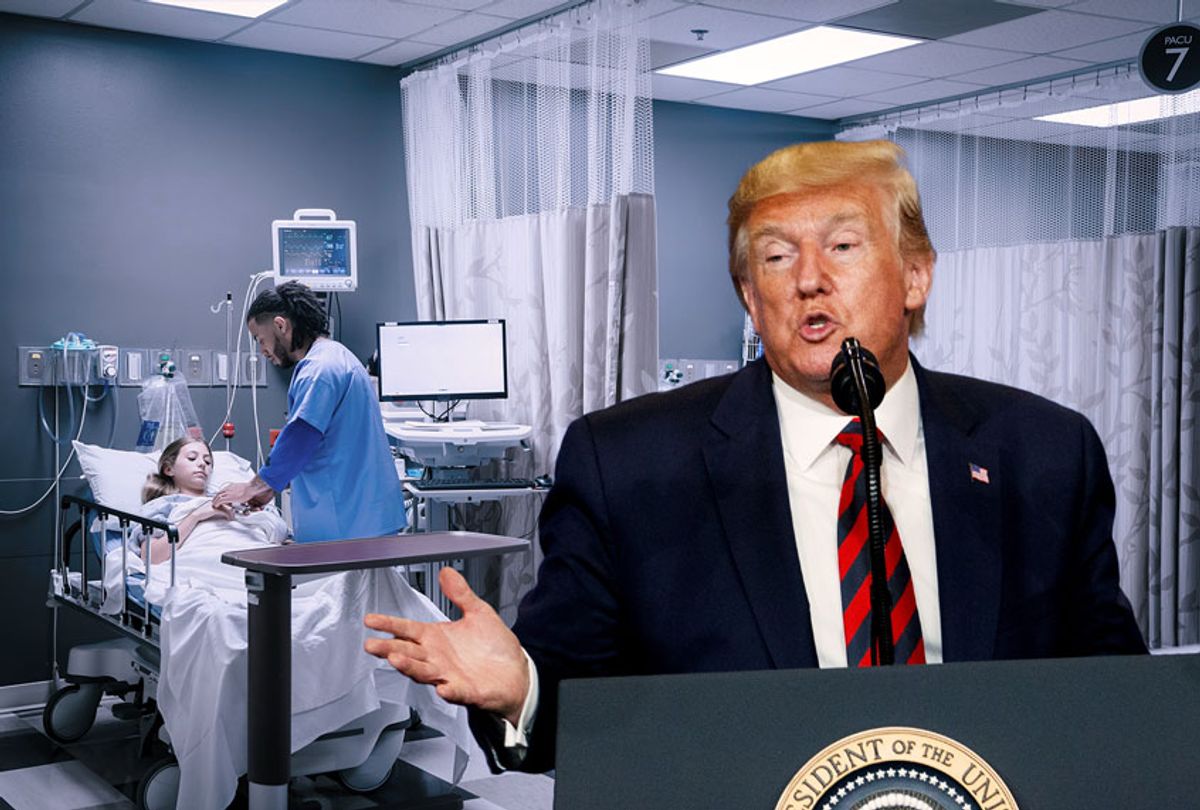 "President Trump moved on Friday night to replace a top official at the Department of Health and Human Services who angered him with a report last month highlighting supply shortages and testing delays at hospitals during the coronavirus pandemic," The New York Times reported Friday evening.

The timing of the move was of note.

"The White House waited until after business hours to announce the nomination of a new inspector general for the department who, if confirmed, would take over for Christi A. Grimm, the principal deputy inspector general who was publicly assailed by the president at a news briefing three weeks ago," the newspaper reported.

The latest move is part of a pattern by the commander-in-chief.

"The nomination was the latest effort by Mr. Trump against watchdog offices around his administration that have defied him. In recent weeks, he fired an inspector general involved in the inquiry that led to the president's impeachment, nominated a White House aide to another key inspector general post overseeing virus relief spending and moved to block still another inspector general from taking over as chairman of a pandemic spending oversight panel," The Times reported.