Here's how experts plan to eradicate the "murder hornets," a newfound invasive scourge 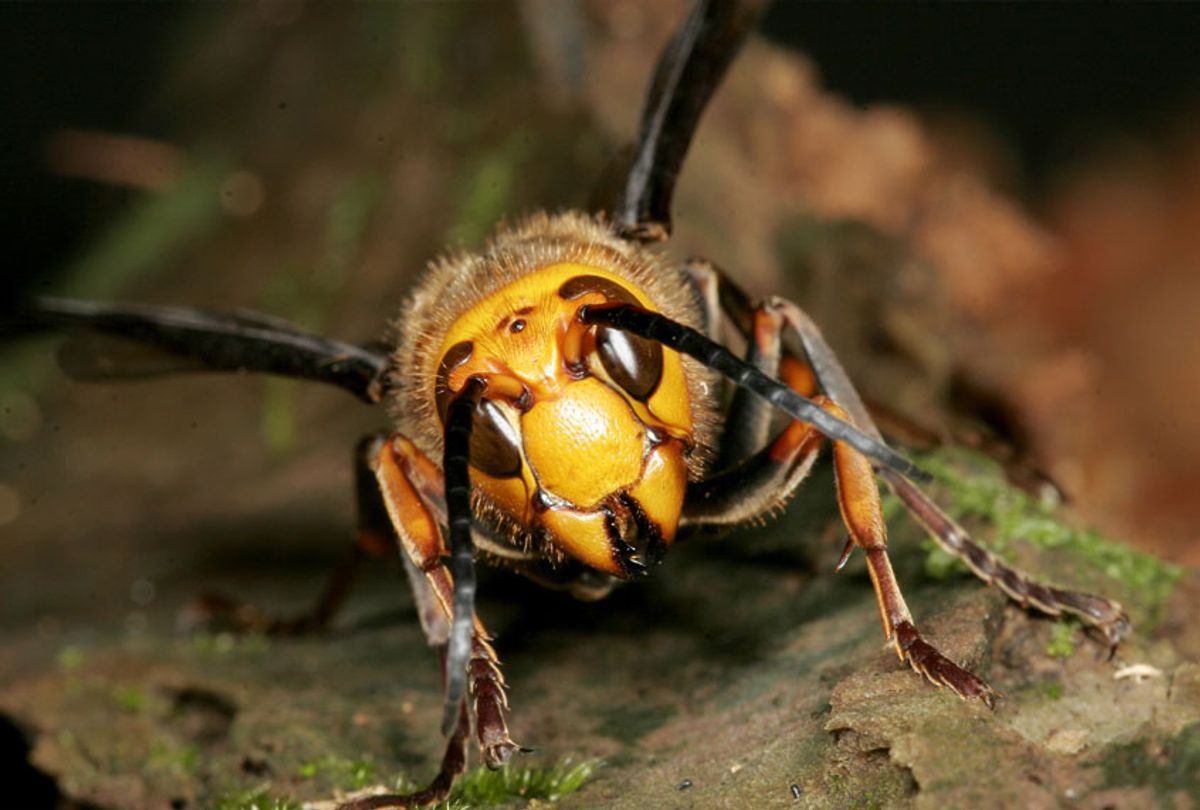 A pile of dead bees, some with heads torn from their bodies. This grisly scene is the result of a "murder hornet" making its way through a bee hive, according to a New York Times report that went viral over the weekend.

Amid a pandemic, it seems unfair to have nature inflict another curveball on the Earth — in this case, an invasive killer hornet species called the Asian Giant Hornet, which can be deadly to humans. But it in 2020, anything is possible. Though it is unclear if the giant hornet, whose scientific name is Vespa mandarinia, is responsible for aforementioned scene of apian slaughter, scientists greatly suspect it: two of the killer hornets were found a few miles north from the site in Blaine, Washington, in December 2019. These marked the first sightings of murder hornet in the United States, who had come a long way from their home in Southeast Asia and Japan. There have been two additional unconfirmed reports of murder hornets near Custer, Washington.

Washington State Department of Agriculture scientists are now taking the lead to find, trap and eradicate the hornets, which are the largest in the world and have the ability to sting multiple times, even through a beekeeper's suit. Murder hornets can deliver seven times the amount of venom as a honey bee, which is equivalent to that of a venomous snake.

Should humans be worried? To some degree, yes, but there's no need to panic yet, experts say. (In other words, the coronavirus remains a far bigger existential threat.) And while there have only been a few sightings, scientists fear murder hornets could multiply in population to the point that they threaten economy or ecology.

"We've only had a couple locations in Canada and one location in Washington State where we've found the hornets late last year in 2019," Todd Murray, Director of Washington State University's (WSU) Agricultural and Natural Resources Extension Program Unit, told Salon over email. "Our goal is to stop any further spread if they have, by chance, established nests in Canada or Washington."

In Japan, where they are common, these hornets kill an estimated 50 people a year. As reported by Wired, if the hornets don't see you as a threat, they'll leave you alone — like most animals. A sting can also be quite painful, as reported by one blog that quoted a sting victim who described the experience as "like a hot nail through my leg."

Murray said education is a key part of stopping the spread.

"Currently WSU Extension and WSDA (Washington State Department of Agriculture) are educating Washingtonians about the problem, how to identify Asian Giant Hornets and how to report any potential sightings this summer," Murray said. "It is important for people [to report].... if they 'see something, say something.' We have developed multiple ways for people to report potential sightings; WSDA is also deploying an extensive trapping program to help identify any potential nesting sites."

If any nests are found, the WSDA will be the agency to kill and destroy the nests.

Murray emphasized that they believe they will be able to eradicate the invasive hornets before they get a foothold in the United States.

"Our entomologists have a very good chance at eradicating any populations in Washington State because someone reported this early," he said. "I am confident that we have caught this problem early and that our entomologists will be able to eradicate the local populations of hornets if they have established."

It's also important to note that humans face an indirect risk, as the hornets are bee killers. Since farmers rely on bees to pollinate huge numbers of crops, and given that bee populations are already under threat, there may be serious biological and economic consequences if bees have to face yet another predator.

"The major concern about this insect establishing in Washington state and US or even North America, is their impact on honey bee production and pollination services," Murray said. "Asian Giant Hornets can significantly impact honey production where they occur naturally or where similar species have been introduced in Europe. Also our concern is that this insect could also harm our native pollinators like bumble bees and other nesting bees."

Intentional or not, when an invasive species enters a new ecosystem it creates lasting effects and changes to its environment.

This isn't the first time an invasive insect with a menacing name has spooked Americans. Africanized bees, colloquially known as killer bees, were first introduced in the United States in 1990.

Murray said he is hopeful.

"I am optimistic that we caught this one early and we won't have to learn how to live with this species," he said. "I definitely don't want to learn to live with Asian Giant Hornets."