As Trump tries to bend reality, we desperately need a clearer picture 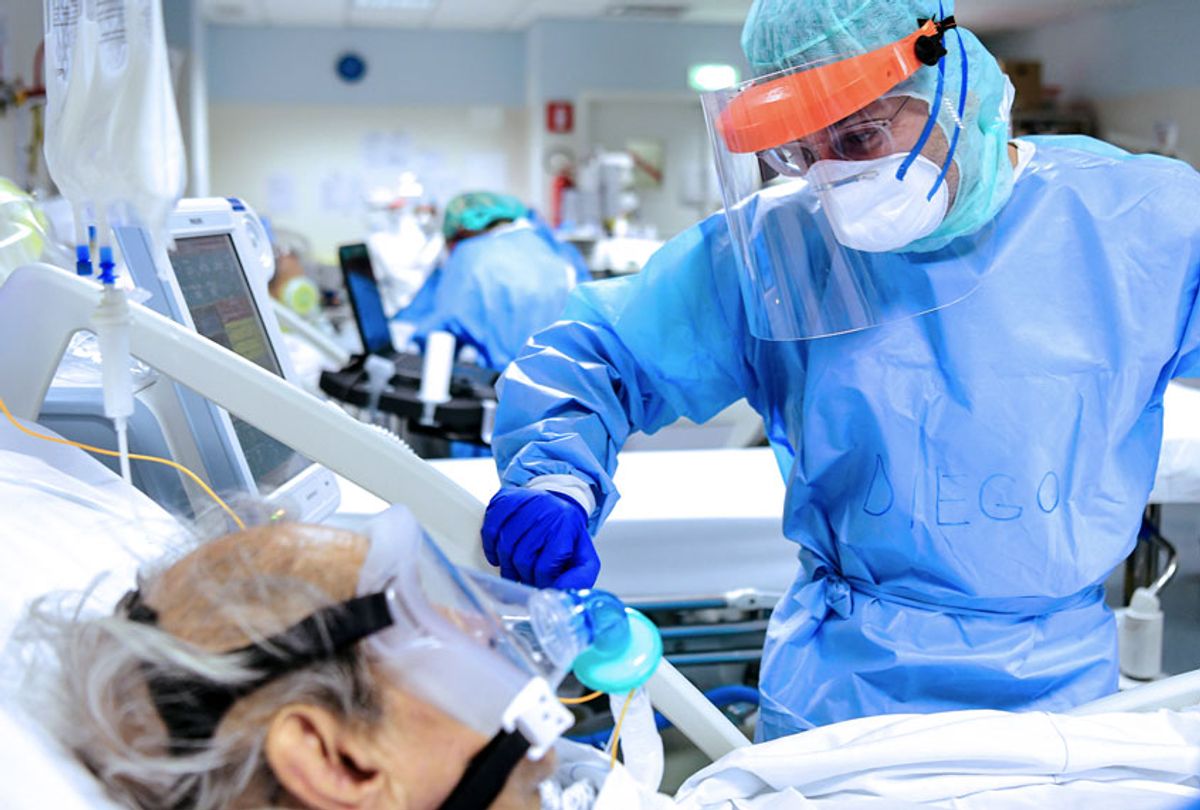 On Bradley Beach, on the New Jersey shore, last Sunday it was as if a switch had been thrown and I was transported back to last May, before the dawn of the Age of COVID-19.

The beach was in its full pre-Memorial Day swing and the boardwalk bustling, as if the last several weeks had been a bad dream, or a bad science fiction movie.

The sound of kids playing chicken with the surf, ignoring parental instruction, and the laughing cackle of seagulls filled the seashore air.

As my wife Debbie and I walked to the water's edge and looked to our right and left, as far as we could see in either direction there were hundreds of people of all ages, shapes and sizes, all without masks.

That is, of course, except for Debbie and me. We seemed like Howard Hughes germophobes, clearly not looped in with the latest trending COVID-19 collective risk assessment gleaned from Fox News.

No doubt, aerial views would have shown beach towel encampments more or less respecting social distancing. But at the water's edge, most encounters were shoulder to shoulder.

Perhaps, I thought, there had been a miracle and COVID-19 deaths had zeroed out. But when I checked the latest data points, I noticed that New Jersey had hit a high of 480 reported confirmed deaths on Thursday — but had dropped to 137 deaths on Sunday.

That must be the magic number, I thought, the number of acceptable deaths that triggered this seaside deep sigh of relief. Perhaps these death numbers have become like the barometric pressure.

The kind of concerted collective action needed to beat the pandemic requires a consensus on the facts that inform this historical moment — a consensus we appear incapable of attaining.

"Work will set you free"

Over the last few weeks, as President Trump tweeted for his supporters to "liberate" states like Michigan, where Gov. Gretchen Whitmer, a Democrat, extended her state's stay-at-home order, pro-Trump social media have accused the Center for Disease Control of inflating the deaths attributable to the highly contagious virus.

At the same time, the New York Times reported that starting this week 18 states were partially reopening "even though health experts have expressed concern that a premature opening could lead to a spike in coronavirus infections that would not be detected in official case counts for weeks."

In fact, "many areas are still seeing cases grow," the Times added. States are openly ignoring the CDC's advice that they have 14 days of declining cases before reopening.

On April 28, Dr. Anthony Fauci, the nation's top expert on infectious diseases, warned on CNN that states were "leapfrogging" over federal government guidelines that advised they see a decline in cases before they "even think about going to phase one" of reopening.

"If you follow the guidelines, there's a continuity that's safe, that's prudent and that's careful," he said. "The concern that I have is that there are some states … who are looking at that and kind of leapfrogging over the first checkpoint."

Fauci warned that local and state officials were "taking a bit of a chance" and that he hoped they could "actually handle any rebound that they see."

But as much intellectual integrity as Fauci has demonstrated over the arc of his distinguished career, during this crisis he also has stood next to Trump, whose public messaging included the suggestion that by ingesting bleach we could beat COVID-19.

The president has downplayed the seriousness of the virus from the beginning. He has warned that public health restrictions to halt the spread of the virus could lead to a greater loss of life, with the inference that Americans would increasingly abuse drugs and alcohol or take their own lives, despairing over the loss of their livelihoods to the COVID-19 Depression.

In an environment where the federal government has instructed every state that it's on its own, it's understandable that governors should see fit to ignore federal advice on the prerequisites for reopening. After all, our federal government is led by a president who has maintained the whole thing is part of a political plot to defeat him at the polls in November.

In such a fractured and divided nation, where the facts you subscribe to are based entirely on whatever supports your political predisposition, we hold our breath waiting for what will come next — with experts warning the worst may lie ahead.

Even as the drumbeat to return to business as usual intensifies, public health experts continue to warn that we are most likely in the first few months of a cycle of virus that could last two years, as did the 1918-20 Spanish flu that killed 50 million people worldwide and 675,000 in the United States.

Perhaps one way we could get a better reconnaissance about just what we are is by improving how we determine our situational awareness.

Currently, the federal and state governments, along with the media, rely on a COVID-19 dashboard that includes new hospitalizations, admittances to intensive care, intubations and patient discharges — along with the number of COVID-19 deaths, often described as a lagging indicator.

These so-called key indicators, upon which so much rests, do not account for deaths at home.

But even those numbers that are widely promulgated are the source of a red-hot partisan debate. Trump's boosters insist they are artificially inflated so that COVID-19 appears more virulent than it actually is, bending the news wave back towards Trump's original assessment that this virus was no worse than the flu.

There are so many disclaimers footnoted with the COVID-19 official data, it's impossible to get a baseline upon which to guide our actions and planning going forward.

Perhaps one additional data point would help us get to the common ground we require to reach a reality-based consensus going forward.

On April 26, the Financial Times published a country-by-country analysis of the excess mortality experienced in 14 nations, comparing and contrasting the average level of recorded deaths before COVID-19 with what those countries have experienced since the outbreak.

"The death toll from coronavirus may be almost 60 per cent higher than reported in the official count," the Financial Times reported. "Mortality statistics show 122,000 deaths in excess of normal levels across these locations, considerably higher than the 77,000 official Covid-19 deaths reported for the same places and time periods."

To calculate these "excess deaths," the FT compared death statistics from all causes for a given location in March and April 2020 "to the average for the same period between 2015 and 2019."

The most pronounced spike in "excess mortality"  was in the region surrounding the Italian city of Bergamo, an original epicenter of the pandemic, with a 464 percent rise in deaths above normal levels. Second was New York City with a 200 per cent increase, followed by Madrid, with a 161 percent increase.

David Spiegelhalter, professor of the public understanding of risk at Cambridge University, told the Financial Times that daily COVID-19 counts in the U.K. were "far too low" because they only accounted for hospital deaths:

The only unbiased comparison you can make between different countries is by looking at all-cause-mortality. There are so many questions about the rise we've seen in death that have not got COVID on the death certificate, yet you feel are inevitably linked in some way to this epidemic.

No doubt included in that excess mortality number will be the deaths of people who avoided going to the hospital for fear of contracting the virus, and then died from some chronic, unrelated disease.

Also in the mix will be patients who actually went to the hospital for COVID-19, only to be discharged and die later at home.

The reality is that we don't have time to wait for the peer-reviewed COVID-19 body count that could still be years away in order to achieve the consensus that has still eluded us on global warming. What we need is an accurate sense of scale that can help us grasp what we are in the midst of.

By including excess mortality in our running daily COVID-19 calculations, we would get essential insight into what is happening more broadly, outside the confine of the hospital and in people's homes. Containing COVID-19 is not just about managing our health care facilities, but about  taking the fight into the communities where the virus has gotten a foothold.

Where we see high levels of excess mortality, we will have an essential real-time heat map of this virus.