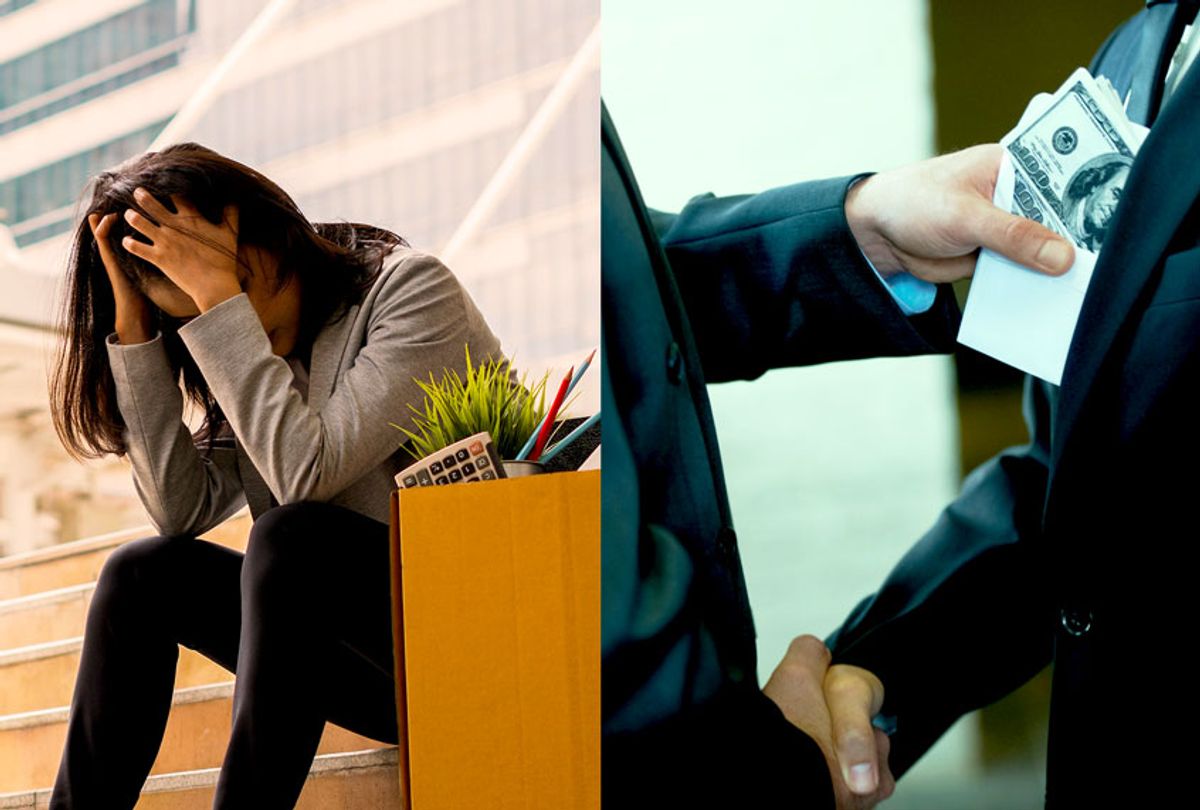 Some of the largest companies in the U.S. have rewarded their shareholders amid the coronavirus pandemic after firing thousands of employees.

Caterpillar, for example, announced a $500 million distribution to shareholders in early April, according to the report, about two weeks after it announced that it was "temporarily suspending operations at certain facilities." The company did not say how many workers would be impacted.

"We are taking a variety of actions globally, but we aren't going to discuss the number of impacted people," a spokesperson told the outlet. "We are taking a variety of actions at our global facilities to reduce production due to weaker customer demand, potential supply constraints and the spread of the COVID-19 pandemic and related government actions. These actions include temporary facility shutdowns, indefinite or temporary layoffs."

Levi Strauss announced that it would distribute $32 million to shareholders on April 7, the same day that the company said it would furlough retail workers. About 4,000 workers have been affected, according to The Post.

"As this human and economic tragedy unfolds globally over the coming months, we are taking swift and decisive action that will ensure we remain a winner in our industry," Levi CEO Chip Bergh said at the time, after reporting big earnings in Q1.

Stanley Black & Decker announced in early April that it would furlough and lay off "non-essential" workers. It distributed $106 million in dividends to shareholders just two weeks later, The Post reported.

"Throughout our company's 177-year history, Stanley Black & Decker has weathered a series of exogenous shocks and thrived," CEO James Loree said in the statement last month. "We are in a strong position as we face today's challenges and are taking the necessary actions now to protect our employees and the business while positioning the company to thrive into the future."

Steelcase announced in March that it would cut operations in four states, issuing a statement saying it took "these actions in an effort to avoid permanent headcount reductions so the company and its employees can come through this crisis together."

It announced the same day that it would issue a dividend of roughly $8 million to shareholders. Earlier that month, the company bought back $38 million in stock from shareholders.

The WWE, a company whose longtime former CEO Linda McMahon served in Trump's Cabinet and now works on his re-election campaign, cut 10% of its workers and fired about 20 wrestlers a day before it announced $9 million in dividends for shareholders.

These five companies are far from the only corporations rewarding shareholders while cutting workers, but many other companies took steps to end dividends and buybacks in response to the economic crisis caused by the coronavirus.

The Gap, American Eagle and Darden Restaurants — which owns Olive Garden and LongHorn Steakhouse — announced that they would pause dividends and stop buybacks, according to The Post. Williams Sonoma said it would continue to pay full-time employees after shuttering its stores.

Chris Lu, who served as the Deputy Secretary of Labor under President Obama, called out the Trump administration for pushing to protect companies from being sued by workers who contract COVID-19 while ignoring businesses that reward shareholders at the expense of workers.

"In Trump's economy, these companies won't get punished," he said. "Instead, he wants to give them liability protection."

"In a downturn like this the first thing a company should do is give up any distributions to shareholders," William Lazonick, an economist at the University of Massachusetts Lowell, told The Post. "But in a crisis, companies will differ. Some will care . . . and some will rob the workers, who should expect that their continued employment will be the company's first concern."