Akin to PrEP for HIV prevention, the path to stopping the coronavirus may be different than we originally thought 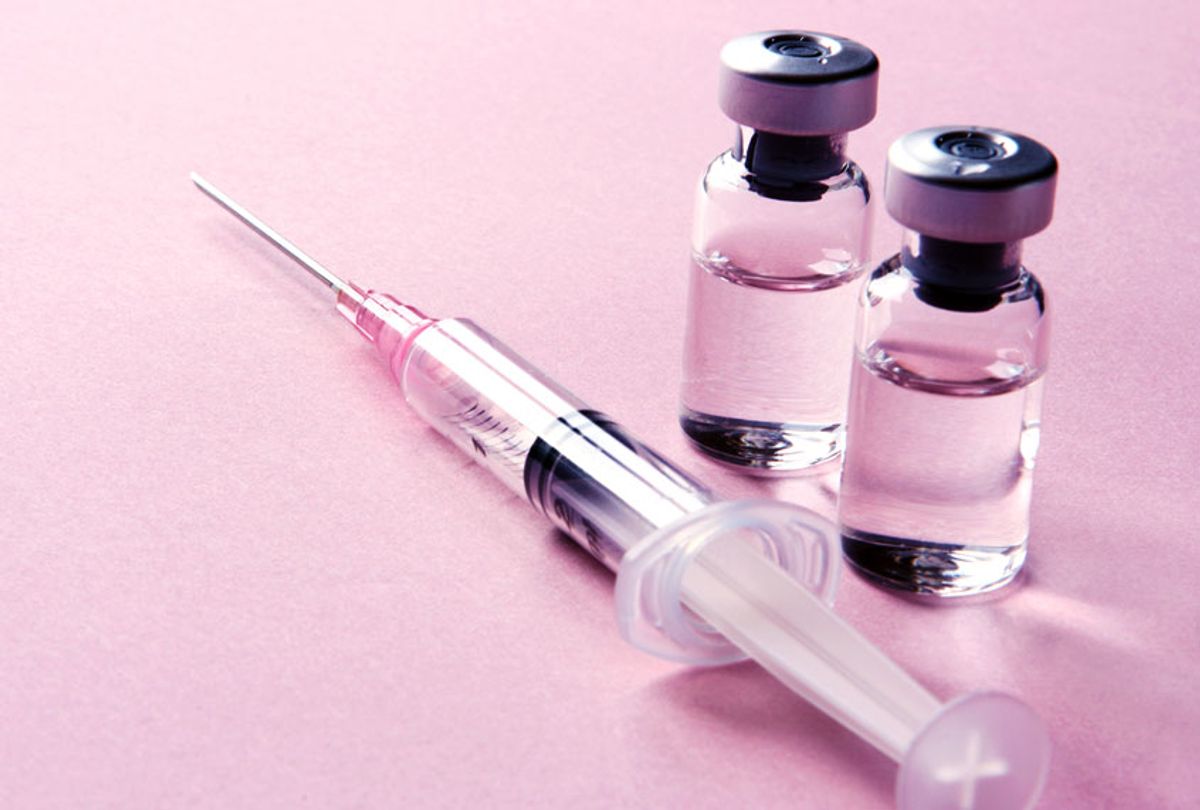 In public health, as in real life, prevention is always preferable to treatment. Better to avoid a violent shooting in the first place than have to remove a bullet in surgery. Yet if violence is inevitable, a layer of shielding — say, a bulletproof vest — is obviously a better option than a risky surgery.

Working on that same premise, some researchers have started to wonder if the coronavirus might be stopped with the microbiological equivalent of a bulletproof vest. In a new study published in Nature, scientists surmise that targeting the coronavirus' viral proteins, which attach to the host's proteins, could keep the virus from infecting a person in the first place.

Metaphorically, the idea is comparable to that of HIV drug PrEP [prescription pre-exposure prophylaxis], which is prescribed to HIV-negative persons who are at high risk of contracting HIV, and which prevents HIV infection in the first place.

This treatment premise takes a different tack than many researchers who have been invested in antiviral drugs that might treat people who already have COVID-19. Specifically, Remdesivir, an antiviral drug that was originally developed to treat Ebola virus disease, has surfaced as one of the most promising COVID-19 treatments. Last week, the Food and Drug Administration (FDA) issued an emergency use authorization for the drug to be used as treatment of suspected or confirmed COVID-19 cases.

The aforementioned Nature study was led by molecular biologist Nevan Krogan of the University of California, San Francisco (UCSF), and included a team of international researchers from UCSF, Gladstone, Icahn School of Medicine at Mount Sinai in New York, and Institut Pasteur in Paris. Using computational techniques, the researchers developed a blueprint for SARS-CoV-2, which found that the virus needs 332 human proteins to infect human cells and replicate.

After assembling the blueprint, researchers looked at which drugs — both those that are currently in market and in development — could be repurposed to treat COVID-19 by targeting those human proteins. The researchers found two drug categories that showed promising results to reduce viral infectivity: protein translation inhibitors, and drugs that modulate proteins inside.

Specifically, Zotatifin — which is currently in clinical trials for cancer — showed promising progress. In the study, the researchers emphasized that they don't recommend anyone prescribing or using the drugs unless human clinical trials find them to be safe and effective. These tests were done in vitro, meaning they took place in a test tube, not a human body.

As noted in the study, the concentration of Zotatifin needed to reduce the quantity of virus to 90 percent is 37nM [nanomoles per liter]. For the next best drug tested, PB-28, which is an agonist of the sigma-2 receptor, the concentration was 278nM.

"This measure of the drug action . . . . is probably the most meaningful clinically because it means the drug blocks production of new viral particles that are able to infect other cells," Kevan Shokat, a Professor in the Department of Cellular and Molecular Pharmacology at UCSF, told Salon in an email. "When we just measure the viral RNA levels we don't know if the viral particles are able to go on a support another cycle of viral replication."

While these researchers didn't test Remdesivir, they did compare their studies to other studies into Remdesivir for treating COVID-19. They note that Zotatifin seems to show more effectiveness in stopping the virus from infecting the human body.

"It wasn't tested for the paper, but our collaborators in Adolfo Garcia-Sastre's lab did test it, yes," a researcher for the study and Professor of Department of Pharmaceutical Chemistry at UCSF told Salon. "It [Remdesivir] has decent potency in this assay, but actually not as good as several others that we found, including the protein biogenesis inhibitors and several of the sigma ligands."

The study also found that PB-28 showed greater antiviral activity than hydroxychloroquine. which President Trump once touted as "game changer." In the study, researchers noted that a possible explanation for the cardiac side effects that have been observed in some hydroxychloroquine studies is that it binds to hERG, a protein that is critical for regulating electrical activity in the heart.

Research also found that the cough suppressant that can be found in over-the-counter cold and cough medicines, dextromethorphan, promoted viral activity.

"Conversely, because our research shows that dextromethorphan promotes SARS-CoV-2 infection in the laboratory, we urge that this compound be used prudently during the pandemic," Nevan Krogan, PhD, director of the Quantitative Biosciences Institute at UCSF, said in a press statement.

The female hormone progesterone displayed antiviral activity, too. When asked if this is why COVID-19 seems to be hitting men harder than women, Shokat said it is possible.

"It was certainly an interesting finding, and worth pursuing this line of thinking in animal and potentially human studies," Krogan said in a statement to Salon.

"I think that is possible, but we really won't know with many more studies," Shokat said.

As for what's next, and how this research relates to Remdesivir, Shokat said in a statement that an antiviral and leveraging proteins that target the human host could work together to treat COVID-19.

"It may be that a combination approach targeting both the virus and the human proteins is what ultimately is effective — similar to the HIV cocktail therapy," Shokat said.