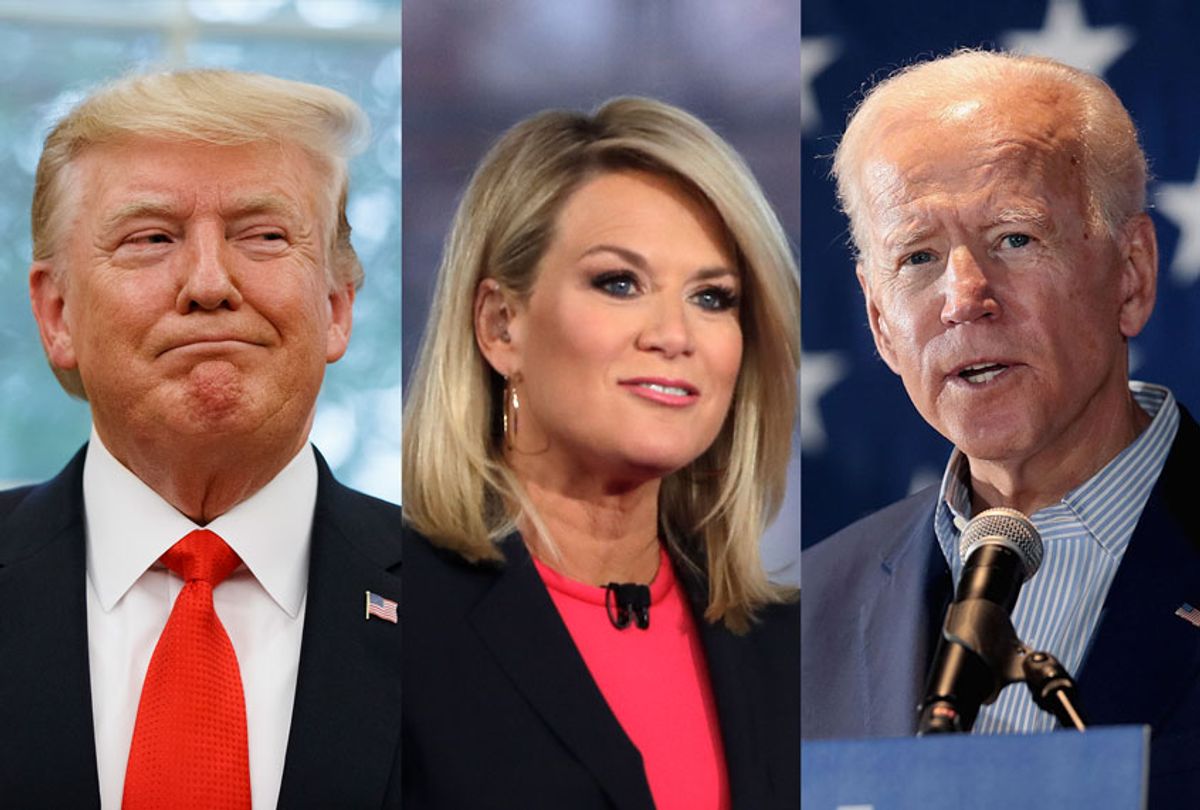 Fox News host Martha MacCallum told one of her colleagues at the right-leaning network Wednesday that the sexual assault allegations against former Vice President Joe Biden have driven "a stake into the heart" of the #MeToo movement.

"I think it starts to neutralize that issue as you head into this election, especially since you have a lot of people that say, 'I believe Tara Reade, but I support Joe Biden, anyway,'" MacCallum told host Bill Hemmer on his eponymous show. MacCallum hosts the Fox News program titled "The Story."

MacCallum compared the controversy surrounding Biden earlier in the interview with the multiple accusations of misconduct against Associate Supreme Court Justice Brett Kavanaugh during his Senate confirmation hearings in 2018.

"I do find it very interesting to watch Nancy Pelosi say, 'I believe him. He says it didn't happen, and I support him. And I've known him a long time, and that's it,'" MacCallum said. "Now, that kind of answer was completely unacceptable, as we all know, when it came to Brett Kavanaugh."

The Fox News host also said the Biden controversy "raises a lot of very important questions about the #MeToo movement, which I think had a very valid premise but I think went very sadly off-track when we started getting into the territory of believing all women or believing all of any group in this situation."

MacCallum argued that #MeToo allegations "should all be about due process." She added that the accusation by Reade, who worked in Biden's Senate office in 1993 when the alleged incident occurred, "drives a stake into the heart of this movement in many ways, because what are you going to do now?"

During the Pelosi interview mentioned by MacCallum, the speaker of the House told MSNBC host Ari Melber that she believed the Biden accusation was a closed issue, adding: "I'm not going to answer this question again."

At least twenty-five women have accused Trump of varying degrees of sexual misconduct, including rape, with the accusations tracing back to the 1970s and including nearly two dozens claims of assault and rape. At least seven women have accused Biden of inappropriate touching, and Reade claims that Biden pushed her up against a wall and digitally penetrated her.

Salon's Amanda Marcotte, who filed an in-depth report on the Reade accusation in March, wrote that "the story of Reade's allegations against Biden shows what can happen when the rigorous standards espoused by mainstream publications are sidestepped for a more credulous and politicized approach. The failure to vet this story methodically and to preemptively address its odder elements opened the door to a whirlwind of conspiracy theories and misinformation."

"What can be said is that Reade's story is credible and compelling in some important ways, and also comes with a number of troubling red flags. For a variety of reasons it has not been taken seriously on a national level, but those reasons do not include a mainstream media conspiracy to protect Joe Biden," she added. "Rather than becoming the subject of serious investigation, this has instead become an occasion for die-hard supporters on both the Sanders and Biden sides to score points on one another online. Actual facts have been supplanted by reckless conspiracy theories spun by enthusiasts of both candidates. Whatever the facts of this case may be, the #MeToo movement deserves better than to be dragged into the sleaze like this."

You can watch the full clip of MacCallum's dialogue with Hemmer below via Fox News: