"A pardon (from Trump) would have been a lot more honest," a former federal prosecutor says. 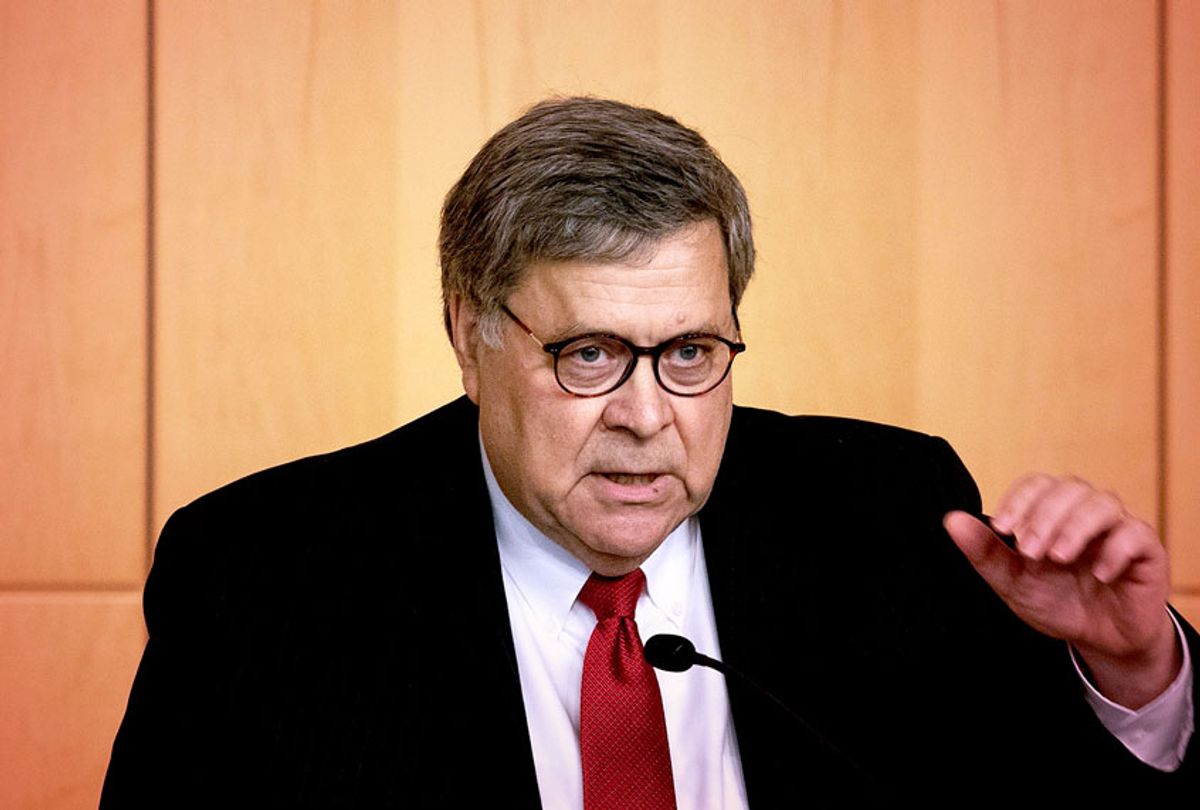 One of this week's most shocking political bombshells came when, on Thursday, news broke that Attorney General William Barr had dropped the case against former National Security Adviser Michael Flynn — who pled guilty to lying to the FBI about his communications with former Russian Ambassador Sergey Kislyak. Legal experts have been weighing in on the DOJ's decision, and some of them are stressing that the U.S. is living in strange times when someone admits to a federal crime and the attorney general intervenes on his behalf.

In Law & Crime, reporter Jerry Lambe discusses the arguments that the DOJ, under Barr, made when it decided to drop the case against Flynn.

"The Department of Justice, on Thursday, asked the U.S. Supreme Court to halt a lower court's order requiring the Department to turn over secret grand jury materials collected during former Special Counsel Robert Mueller's investigation into Russian election meddling," Lambe explains. "In documents filed with the Court, the DOJ argued that abiding by the D.C. Circuit Court's order to provide the materials to House Democrats would cause the Department to 'suffer irreparable harm.'"

Lambe (whose article has inspired a Reddit discussion) goes on to explain that according to the Barr-era DOJ, "the grand jury materials were requested by House investigators in connection with the impeachment of President Donald Trump, and impeachment doesn't constitute a 'judicial proceeding.' Democrats, on the other hand, argued that precedent had established that the term sustained a fairly broad definition, which would include impeachment proceedings."

Reporter Charlie Savage, in the New York Times, discusses some of the reactions from legal experts. Samuel Buell, who teaches criminal law at Duke University and is a former federal prosecutor, told the Times, "A pardon (from Trump) would have been a lot more honest."

Interviewed by CBS News on Thursday, Barr defended the decision to drop the case against Flynn by arguing that the FBI "did not have a basis for a counterintelligence investigation against Flynn." But critics of the decision don't see it that way at all.

Savage notes that Anne Milgram, a former federal prosecutor who now teaches criminal law at New York University, "defended the FBI's decision to question Mr. Flynn in January 2017." Milgram told the Times that the U.S. Department of Justice (DOJ), under Barr, has been "undercutting the law enforcement officials and prosecutors who investigated the 2016 election and its aftermath" and "eating the Justice Department from the inside out."

Another former federal prosecutor, Julie O'Sullivan (who now teaches criminal law at Georgetown University in Washington, D.C.), said of the DOJ dropping the case against Flynn, "I've been practicing for more time than I care to admit, and I've never seen anything like this."

Jeffrey Toobin, a legal analyst for CNN, used the same words as O'Sullivan — "I've never seen anything like this" — when he appeared on CNN's "New Day" on Friday morning. Toobin described the DOJ's Flynn decision as "surreal," telling host John Berman, "When the president agitates for your vindication…. that is not equal justice. That is special privilege for the powerful."