From Awkwafina and Kristen Schaal to Roy Wood Jr. and David Spade, stand-up comedians pay tribute to their moms 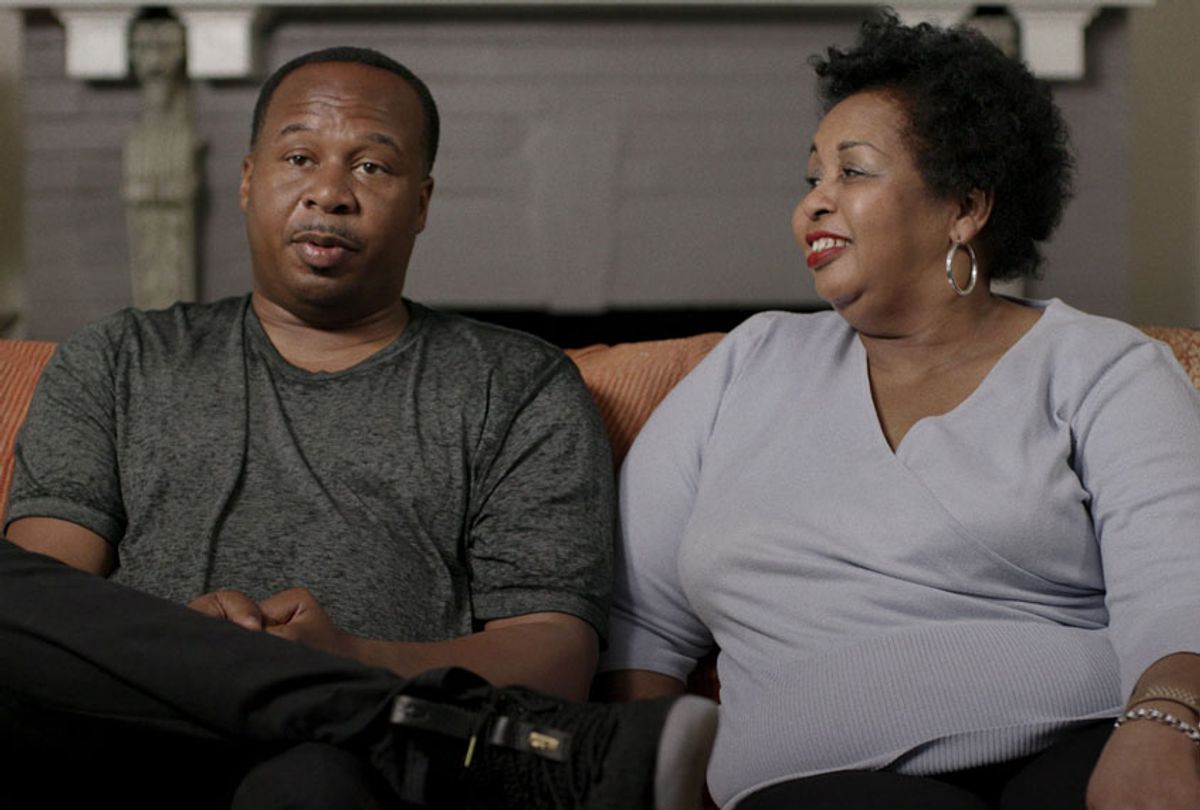 "Call Your Mother" is an affectionate valentine to those mothers (and one grandmother) whose children became comedians. The documentary, directed by Heidi Ewing and Rachel Grady, airs on Comedy Central as yet another creative Mother's Day tribute.

There are inspiring, embarrassing, and amusing stories throughout this affable 73-minute film. But the sweet message that echoes is, "Mom developed who I am." This varies between meaning, "She's really the funny one in the family," and "I went into comedy against her wishes."

For comic Bridget Everett, her naughty mother, who does what she wants, influenced her comic style and allows Bridget to be ribald on stage. That Bridget gets her aging mom to sing, "What do I got to do to get that dick in my mouth?" shows how unfiltered mother and daughter both are. In contrast, Jo Koy talks about his mother's reaction to him wanting to be a comedian — she likened it to her son wanting to be homeless. He even admits to being scared initially to talk about his mom in his act, but when he mines her for humor, it is quite funny. And Roy Wood, Jr. explains that his mother insisted he get his college degree, which only motivated him to do that to get her off his back so he could pursue the career he wanted in stand-up.

While there is some repetition in "Call Your Mother," there is also significant diversity. The film features Asian American comedians (Jo Koy, Bobby Lee, Awkwafina); lesbian comics (Fortune Feimster, Tig Notaro); black comedians (Roy Wood Jr., Yvonne Orji, The Lucas Brothers) and Jewish humorists (Rachel Feinstein, Judah Friedlander, Judy Gold). The filmmakers only briefly address cultural humor. Akwkafina explains how her family embraced her comic stylings even if they really hoped she would have become a sonogram technician. And Rachel Feinstein recounts her oblivious mother's efforts to "bridge the cultural divide" by pronouncing a foreign cab driver's name, which causes her shame.

There are other funny bits, such as comedian Fortune Feimster tickling her mother by saying she loves to be the center of attention. Feimster explains that her mom would be disappointed if she wasn't discussed in her daughter's act. (Rachel Feinstein says the same thing). But some of the anecdotes are surprising. Bobby Lee snickers gleefully when he describes his mother's comic farting, but he practically relishes how his entire family finds humor in trauma — as when the Lee family cackles when Bobby confessed, during a therapy exercise in rehab, about being molested. Such candor is revealing, and it shows how humor is often a coping mechanism for families.

Then there is Judy Gold's marvelous contribution. Gold plays recordings of her late mother's voice messages which help illustrate how she developed her comic timing. When Gold recalls her last exchange with her mother — a woman who needled her (in a loving way) by asking for her to bring over a hunk of cheese or multiple medium toothbrushes — it is incredibly poignant and moving. The film could have used more mama-drama scenes like these.

To break up the few serious moments, Ewing and Grady pepper "Call Your Mother" with clips of the performers appearing with their mothers. The moms are often good sports and they are usually seen chuckling — and only sometimes cringing — at their child's performance. David Spade's mother, Judy, attends a taping of his show "Lights Out," on her birthday and suggests he goes too far in hs monologue sometimes, which prompts him to cut some jokes. Roy Wood, Jr. is seen backstage after a show getting feedback from his mom and asks her if she was offended. They are later seen shopping for a suit for him, and he listens to her suggestions. These moments indicate that comedians still crave approval from their mothers, however proud these parents are of their child's success.

The idea that "mom knows best" is reinforced when the Lucas Brothers relate their mother's criticism that some of their jokes were half-baked, and Jim Norton reluctantly admits that the advice his mother doled out (which came from Dr. Phil, no less) was actually pretty useful.

But some parents bask in their kid's success. Norm MacDonald's mother is very proud of her son, and Kristen Schaal's mother is delighted when she hears strangers praise her daughter in her presence without realizing her relationship to the performer. When one mother is asked, "How can you stand this?" referring to a filthy act, or insulting family humor, they take it in stride.

None of the mothers featured in the film are ever really negative; this documentary is all about celebrating unconditional love. The film certainly appreciates the contributions these mothers provides — instilling character in their children, providing support, and even inspiring material.

"Call Your Mother" is slight but funny.