"If it doesn't scare the cows, who cares?": Steve Zahn weighs in on gender identity in "Cowboys"

Fresh off winning the Best Actor prize at Tribeca, Zahn speaks to Salon about his career, fatherhood, and more 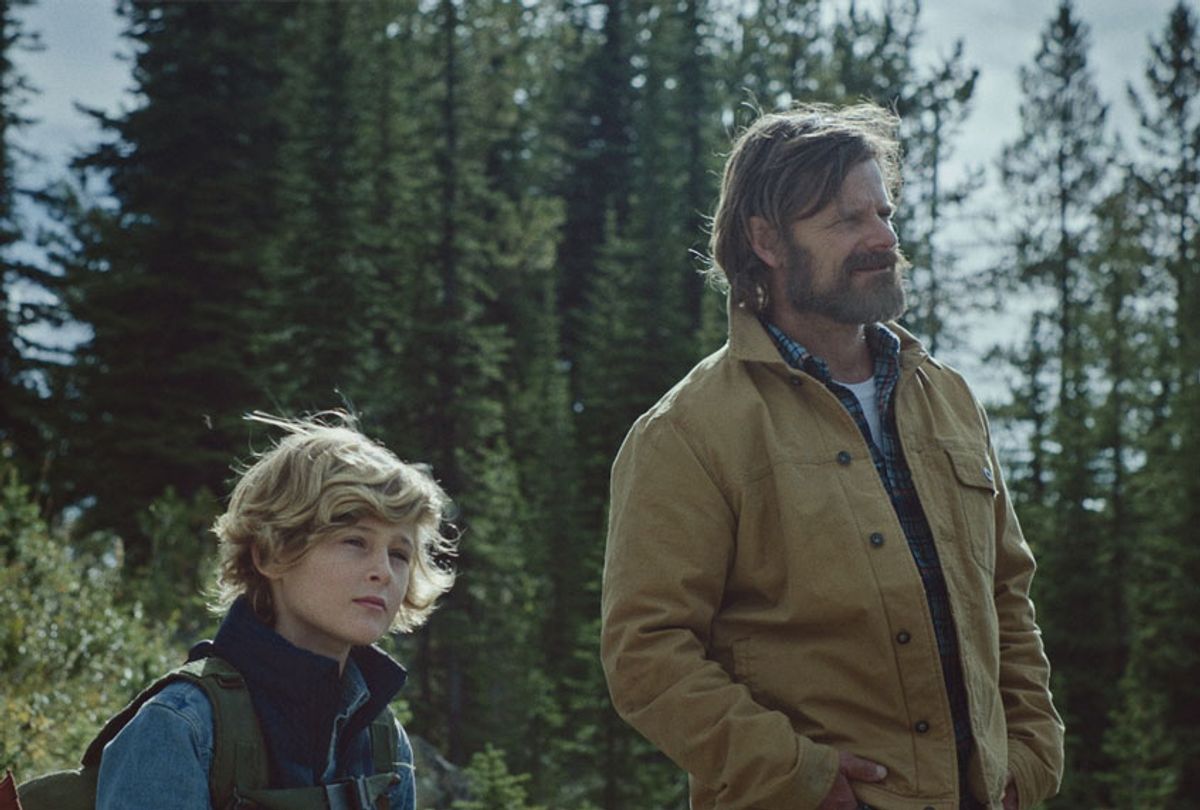 Zahn plays Troy, the father of Joe (Sasha Knight), a transgender preteen. While Troy is accepting of Joe as his son, Troy's wife Sally (Jillian Bell of "Brittany Runs a Marathon") prefers Joe to dress and behave like a girl. The film opens with Troy and Joe on the road, heading to Canada. As "Cowboys" reveals, Troy is bipolar, out of jail, and is separated from his wife. He has kidnapped Joe, and Sally has called the police (Ann Dowd of "Handmaid's Tale") to get her child back.

Zahn's quicksilver performance captures Troy's emotions and impulses beautifully. He is a good father to Joe, protecting him from harm, and embracing who he is. But he does not always make the best decisions on their journey.

The actor chatted with Salon about making "Cowboys," his thoughts on masculinity, parenting, and the appeal of making a film in Montana.

You are known for your goofball roles, but you have been playing more dramatic parts lately. What can you say about this shift in your career?

It's really odd to me that if you go back the last 10 years, I feel most of the stuff I've done is straightforward. I get characters in a drama that are lighthearted, or dimwitted, or flawed in some way. I can't remember the last time I did a full-on comedy. Even earlier this year I did "Uncle Frank" and that had funny people in a serious movie. Part of it is aging, too — surviving the times and getting to an age where characters change. I'm not going to play the 52-year-old stoner.

There is a fantastic scene where Joe talks about his gender to Troy who embraces the honesty of the moment as he processes his son's truth. How did you find this character who is manic and impulsive, but also tender and loving?

I love that scene; it reveals his manic side — he is taking his kid out to do [donuts] in a truck. Troy has to work four times harder when he realizes it's not a party. Talking to Anna [Kerrigan] I said, there are so many different layers to bipolar. I made Troy a fun guy to hang out with if you're in the same mode. But then with responsibility and age, he's not a guy you want to hang out with. He's the fun dad, but then he turns dangerous.

"Cowboys" shows the importance of accepting transgender/nonbinary kids. What can you say about the film's depiction of masculinity and gender roles?

I knew this film would get attention because of its subject matter, but what really drove me when I read this script three years ago, was that I thought it was one of the best father/son movies. It made me wail and howl at the same time. Sasha was so great and so raw and real and present and fun. I was like, this relationship really works — just film us having a good time!

We [as men] have this primitive instinct; there is this impulsive thing that we have — we hunt — but now you can go to the grocery store and buy a steak. We [men] are so goofy and ridiculous, but I love it. Guys are nurturers now. We take as much of a role in bringing up a child as women do, but our parents weren't like that. Male and female roles are completely changing, maybe that's because of the #metoo movement . . . But I'm all about civility. If it doesn't scare the cows, who cares?

What observations do you have about being a dad, and, if I may ask, what was your relationship with your father like?

I had a great relationship with my folks, and they are still together and still alive. Dad worked a lot. We did go camping, and he bought me my first bow and arrow. I have fond memories of shooting hay bales with it. The luxury of my job is having months of downtime. So, I'd take my kids, and we'd go to Red River Gorge, rent a cabin, do killer hikes, and sit in a hot tub. I spend time with my kids driving them to school and taking them to dance or sports, and I cook and clean and shop, which my wife does when I'm gone. You do the best you can, and that's what Troy did. Sometimes you don't have all the magic tricks to get through it. Troy doesn't have a job, but he does the best he can as flawed as he is, and that's commendable. Sally does too.

You come across as really down to earth. But Joe and Troy have a discussion where they talk about being complicated. How are you complicated?

I am pretty easygoing. I think about an hour ahead, and that's why I have a good brain for the situation we're in. I read the news in the morning and then I turn it off and concentrate on the next thing. I'm complicated because I'm in control of my environment. When I leave it, and run into roadblocks, that causes stress. But that drives my artistic side. These two opposite worlds, where I use the left and right sides of my brain, that balance is difficult and that helps me.

This quarantine thing has been delightful for giving us family time. We've been sheltering in place for years before it was hip. Audrey [Zahn's daughter] and I do these quarantine dances and she convinced me to do an Instagram (@steve_zahn_for_realzies). So now I'm putting videos up and they're really great. But I am not a social media guy, because the less people know about me the easier it is to shapeshift. I'd rather disappear and resurface than build a fanbase. But at the same time, I see the value in that. It's just who you are. I like knowing what's going on. When I'm on a set, I want to know what's happening. In this film, I'm like, "You don't hang that off the saddle!" I drove them nuts sometimes. But Montana was great. I'd rather freeze to death in a Montana river than sit on a studio lot any day. This genre, a little movie in the boonies, is my speed.

Troy is looking to make a fresh start. How would you reinvent?

Right now, I'm growing vegetables and farming, which I love to do. But I'm an artist and I think it would be within the business. Rick Gomez and I started a company and we are writing stuff together and producing. We have a short, "I'm No Holiday," Rick wrote and directed it. I play an artist who photographs fireworks. We made two more in the same realm.  We're thinking it may become a series.