Maria Bartiromo agrees Trump's conspiracy is serious, though he couldn't answer her multiple requests to explain it 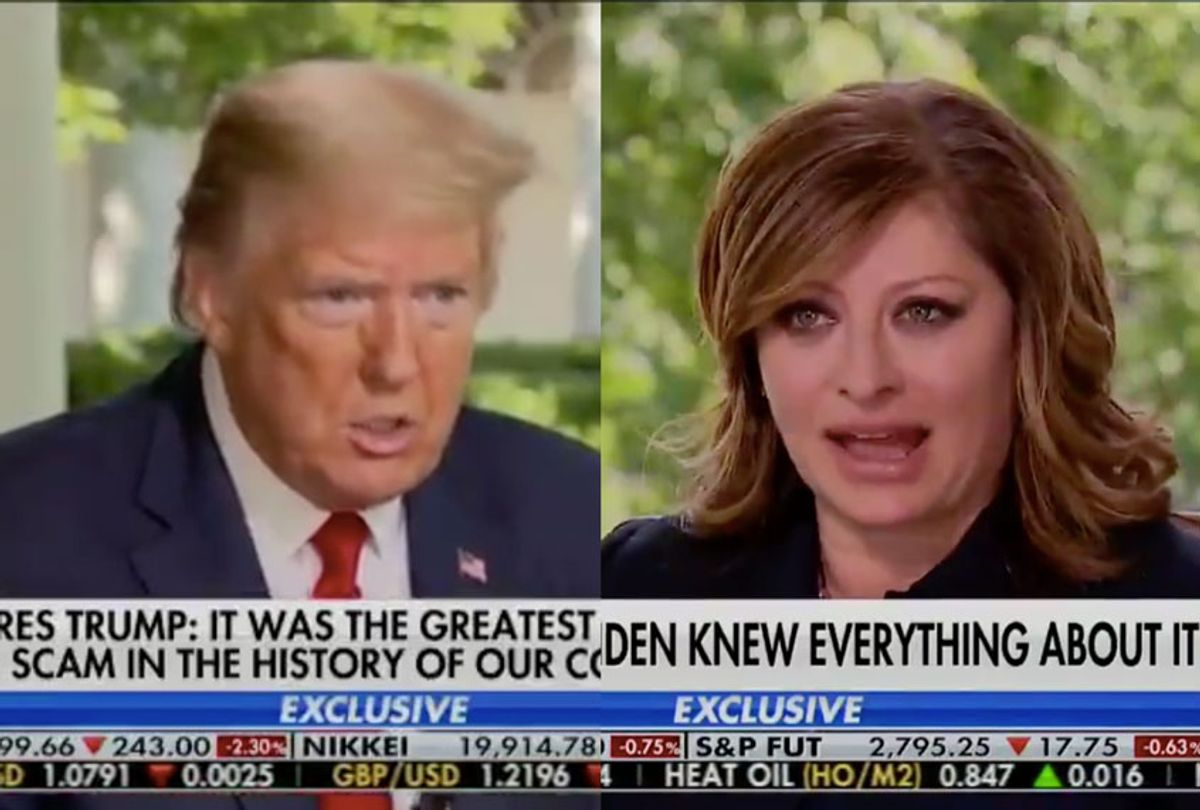 President Donald Trump again provided a vague answer when asked to explain the alleged "Obamagate" scandal he believes should result in decades-long prison terms for his predecessor's administration.

The president appeared Thursday on Maria Bartiromo's program on Fox Business, where he complained that his political enemies hadn't already been prosecuted and jailed, in an exchange flagged by Mediaite's Aidan McLaughlin.

"If I were a Democrat instead of a Republican, I think everybody would have been in jail a long time ago — and I'm talking with 50-year sentences," Trump told Bartiromo. "It is a disgrace what's happened. This is the greatest political scam, hoax, in the history of our country."

Bartiromo agreed that it was the biggest political scandal in U.S. history, and Trump interrupted to complain that his enemies continued to walk free.

"People should be going to jail for this stuff and hopefully a lot of people are going to have to pay," he said. "No other president should have to go through. I'll tell you, Gen. [Michael] Flynn and others are heroes, heroes, because what's happened to them — they weren't after Gen. Flynn, they wanted him to lie about me, make up a story, and with few exceptions, nobody did that."

"There were many people — I watched K.T. McFarland the other day," Trump added, referring to Flynn's former deputy national security adviser. "I watched where she was knock, knock, FBI, you know, the FBI. Okay? This was all [Barack] Obama, this was all [Joe] Biden. These people were corrupt, the whole thing was corrupt, and we caught them. We caught them, and what you saw just now, I watched Biden yesterday, could barely speak. He was on 'Good Morning America,' right, and he said he didn't know anything about it, and now it just gets released right after he said that, it gets released that he was one of the unmaskers, meaning he knew everything about it. So he lied to your friend George Stephanopoulos."

Bartiromo agreed his allegations sounded serious, and she asked the president to explain the scandal to viewers — and he repeated vague insinuations about two former FBI agents and Hillary Clinton that he rolled out throughout the Russia investigation and impeachment saga.