As Bezos wealth jumps $30 billion amid pandemic, Amazon to end $2 per hour hazard pay for workers 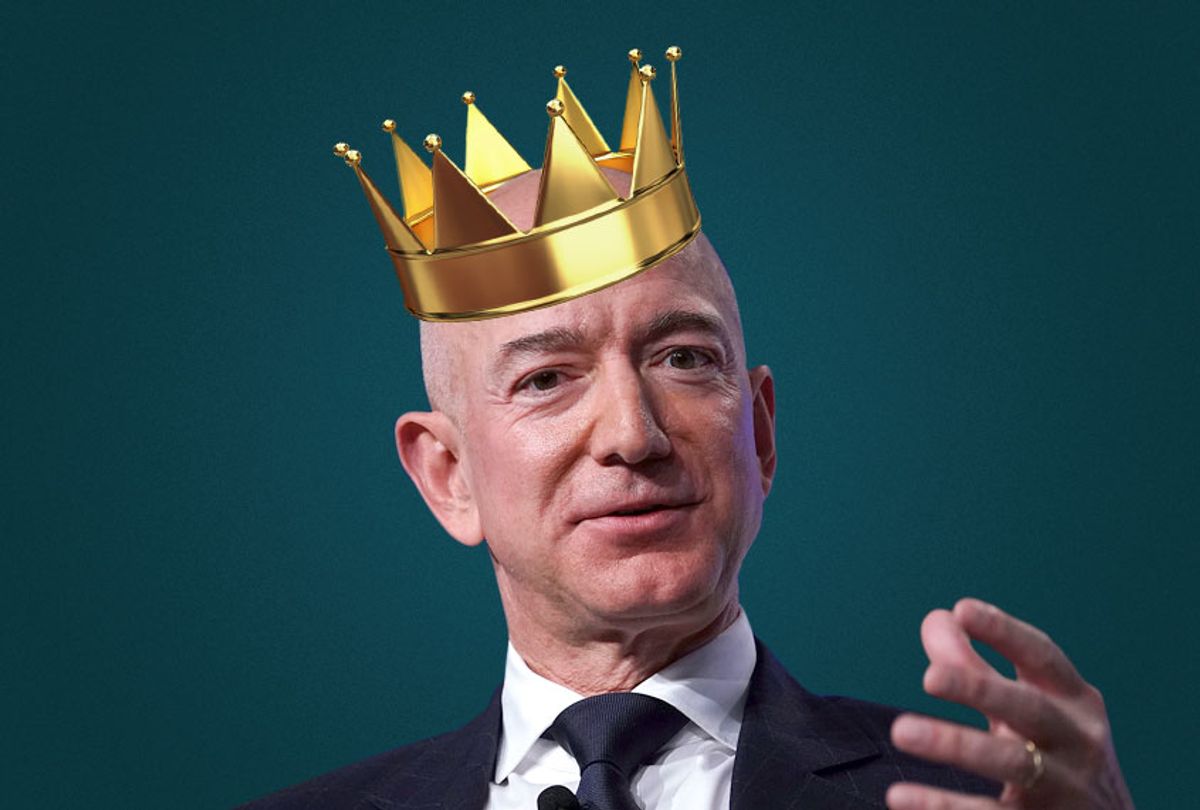 Online retail giant Amazon has repeatedly referred to its workers as "heroes" as they carry out their jobs during the coronavirus pandemic, but the company announced this week that it is planning to end both $2-an-hour pay increases and double overtime for warehouse workers at the end of May even as CEO Jeff Bezos sees his wealth continue to soar.

"When Amazon announced the first wage hike on March 16, it was set to run through the end of April," Recode reported Wednesday. "Amazon later extended the policy through May 16. Now the increases will end on May 31."

Asked by Recode why the hazard pay won't continue beyond the end of this month, an Amazon spokesperson dodged the question.

"This appreciation and pay incentive enabled us to deliver essential items to communities during these unprecedented times," the spokesperson said. "We are grateful to associates supporting customers during a time of increased demand, and are returning to our regular pay and overtime wages at the end of the month."

One Amazon employee called the company's decision to end hazard pay "disgraceful" in an interview with Business Insider.

"Staff put themselves at risk every day," the employee said. "Also with the harsh regime and difficult targets the workers more than deserve the pay rise permanently. It just shows how very little regard Amazon has for its overworked employees."

Another Amazon worker told Business Insider that the decision is a "slap in the face."

As Amazon moves to end small hazard pay increases for its workers, an analysis released Thursday by the Institute for Policy Studies found that Bezos — the richest man in the world — saw his wealth increase by $30 billion between March 18 and May 14.

Hundreds of Amazon warehouse workers and Whole Foods employees have called in sick and walked off the job in recent weeks to demand better pay and adequate safety equipment. One employee told CBS News that at least 600 Amazon workers have tested positive for Covid-19.

"Amazon treats the humans in the warehouses as fungible units of pick-and-pack potential," said former Amazon vice president Tim Bray, who resigned in disgust earlier this month over the company's treatment of whistleblowers. "Only that's not just Amazon, it's how 21st-century capitalism is done."