Biden is a direct threat to Trump's electoral college advantage

Many just assume that Trump will continue to have an advantage in Electoral College. Is that really so? 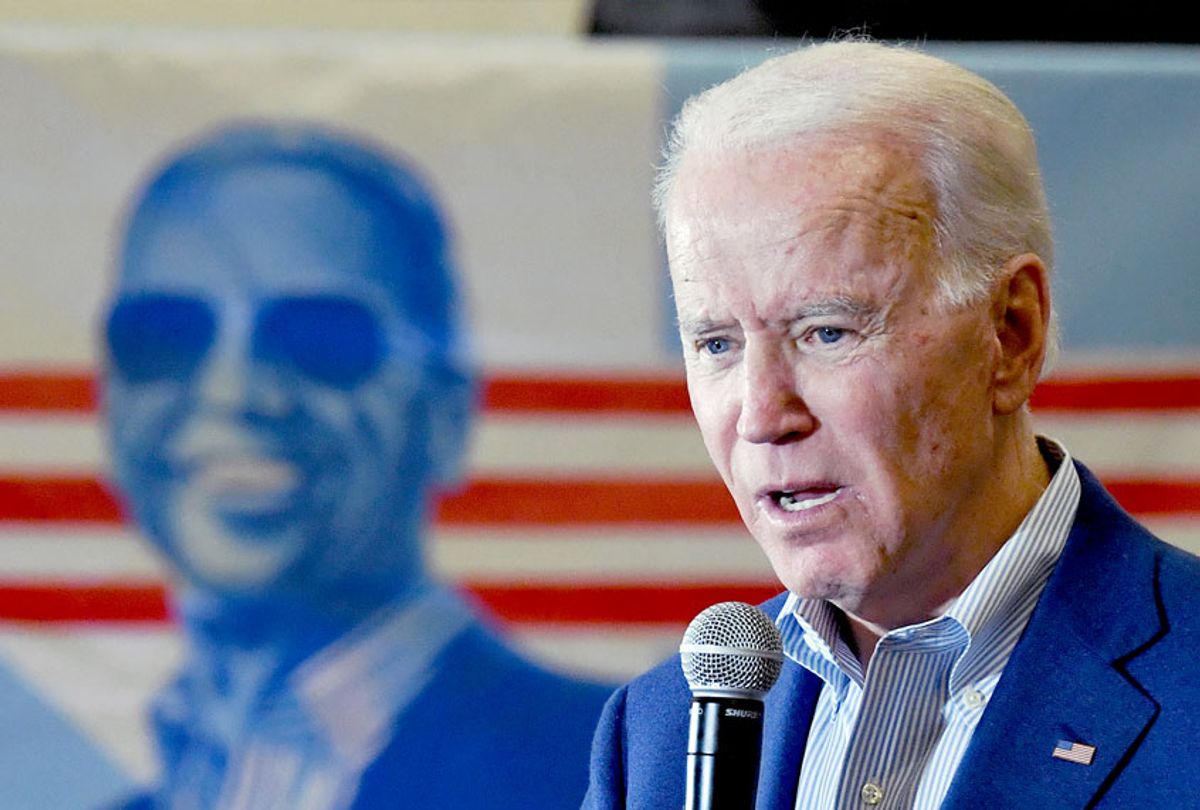 Hillary Clinton's loss in 2016 is seared into the memories of her supporters of President Donald Trump's critics, so much so that there's a risk they could be over-learning the lessons of the past in fear of not repeating old mistakes.

One such lesson at the top of mind for many heading into the 2020 race is that Trump and the GOP has a distinct advantage in the presidential election because of the bias of the Electoral College map. With this consideration in mind, many dismiss the comfort of the fact that former Vice President Joe Biden's consistent lead over Trump in national polls — a lead CNN's Harry Enten recently explained has been extremely stable by historical standards. Clinton, too, led Trump in the national polls, often by a large margin, throughout almost all of 2016. But she still lost because she was disadvantaged by the winner-take-all nature of key swing states in the Electoral College.

Now, many just assume that Trump will continue to have an advantage in Electoral College, meaning he could win a second term while once again losing the popular vote. But is this actually so?

One reason to doubt it is that Biden really seems to be mixing up the demographics of Democratic support. Most relevantly, New York Times elections analyst Nate Cohn reports Biden's surprising strength among the elderly:

The similarities between the 2016 and 2020 polls are stark, but there are notable differences, too. One is that Mr. Biden holds a wide lead among voters 65 and older, upsetting for now a nearly two-decade pattern of Republican strength among the oldest voters. Over all, Mr. Biden holds nearly a 10-point lead among registered voters in this age group, while Mrs. Clinton trailed among these voters by five points in the final polls.

This is not a small shift. It is consistent across every live-interview poll; it is not easy to explain; and it is fairly new. As recently as the 2018 midterm elections, the president's approval rating among seniors was above water, and Republicans won the group.

At the same time, Trump can make up slightly for this drop in older voter support by gains from non-white voters:

Mr. Trump, on the other hand, has made gains among nonwhite voters, one of his weaknesses. In recent polls, he holds the support of 22 percent of nonwhite registered voters, a higher level for him than in any of the late live-interview polls in 2016.

None of this tells us anything directly about the dynamic of the Electoral College, but it's an indication that the ground the campaign will be fought on is shifting. 2020 will not simply be a rerun of 2016.

So how do we know who has an Electoral College advantage? The key is to look at the swing states. These are the states that decide the winner of the presidential election. And if the key states that put one candidate over the top to 270 electoral college votes are more predisposed to favor, say, Trump, that means Trump would have an Electoral College advantage. Even while losing the popular vote by almost 3 million votes, Trump won the swing states he needed to become president because they were more demographically disposed to support him than the country as a whole.

Since the demographics of Biden's support look different than Clinton's, though, Trump's advantage is not guaranteed. And in a recent piece for David Faris in The Week, he argued that current polls show Biden actually has a very slight edge in the Electoral College.

How does he come to this conclusion? He looked at Biden's polling averages from FiveThirtyEight both nationally and across the swing states. And in the key states Biden would need to win the Electoral College, he's polling just slightly better than he is nationally. Faris explained:

To understand why these numbers confer an Electoral College advantage on Biden rather than Trump, we need to look at the concept of the tipping point state — the state most likely to get either candidate past the magic number of 270. In order for Biden to be at a disadvantage in the Electoral College, the state which gets him to 270 needs to be one in which his lead is less than his national polling average, so that if he were to win the popular tally by, say, 100,000 votes, he would still lose the election to President Trump. And that looks extremely unlikely given these numbers.

Today's polling has Pennsylvania, North Carolina, and Arizona tied as the tipping point states. As you can see, we don't get to a swing state where Biden does worse than his national average until Florida, which in this scenario he would not need to win. And if Biden wins the national popular vote by his current average of 3.8 points, he's likely to score a 351-Electoral Vote landslide, not lose the election to Trump as many liberal pundits fear.

(See Faris's full post for all the relevant data.)

Now for the caveats. State polling is spotty and inconsistent, and in 2016, it had serious flaws. It's not clear those flaws have been corrected. So we can't rely too heavily on the findings of these polls.

And Cohn, writing almost a month ago, came to a different conclusion about Trump's advantage in the Electoral College despite noting the shifting demographic leans in the electorate:

Mr. Trump's wide lead among white voters without a college degree means that he has retained his advantage in the relatively white working-class battleground states that have tended to decide recent American presidential elections.

So far, state polls show that Mr. Biden holds only a narrow lead — perhaps around a combined average of two points — among registered voters in the states likeliest to decide the presidency: Florida, Pennsylvania, Wisconsin and Arizona. It's consistent with the data from the 2018 midterm elections, when Democrats won the U.S. House vote in Wisconsin and Arizona narrowly — and lost it in Florida — despite winning the national vote by seven points. It's also consistent with the major 2018 election surveys, which found Mr. Trump's approval rating about even in the same states.

Mr. Trump's persistent relative advantage in the Electoral College gives Republicans a chance to win the presidency without the popular vote for the third time in six elections.

But I think Faris's argument compels us to reconsider the assumption that the Electoral College favors Trump. It might, and Trump might win a second term in November even while being defeated once again in the popular vote. But it's not guaranteed that he still has this advantage — it may have already slipped away.

It's also important to note that, even accepting all of Faris's data on its face, Biden's Electoral College advantage is extremely narrow. He would be much less likely, according to this analysis, to lose the popular vote but win the presidency than Trump was in 2016.

If Biden were to win the presidency based on this technicality, it would be quite a spectacle. Many Democrats have argued since 2016 — or even since 2000 — that the Electoral College is unfair and that the presidency should be decided by the popular vote. (Trump himself decried the Electoral College before it gave him his victory.) Meanwhile, Republicans have cooked up elaborate and unpersuasive arguments to defend the antiquated system that seems biased in their favor. Having the roles reversed would surely trigger many a petty argument. Democrats would surely insist on the legitimacy of Biden's win, despite their principled objections to the system that propelled him to victory.

But regardless of who takes the advantage in any given year, it should be clear that this warped and confusing system is no reasonable way for the world's most powerful democracy to conduct itself. The Electoral College should be abolished, and the winner of the popular vote should become president. Maybe if Republicans lose their advantage, they'll finally see that.