"I would have personally worked hard on my writing," "Outnumbered" co-host Melissa Francis told viewers 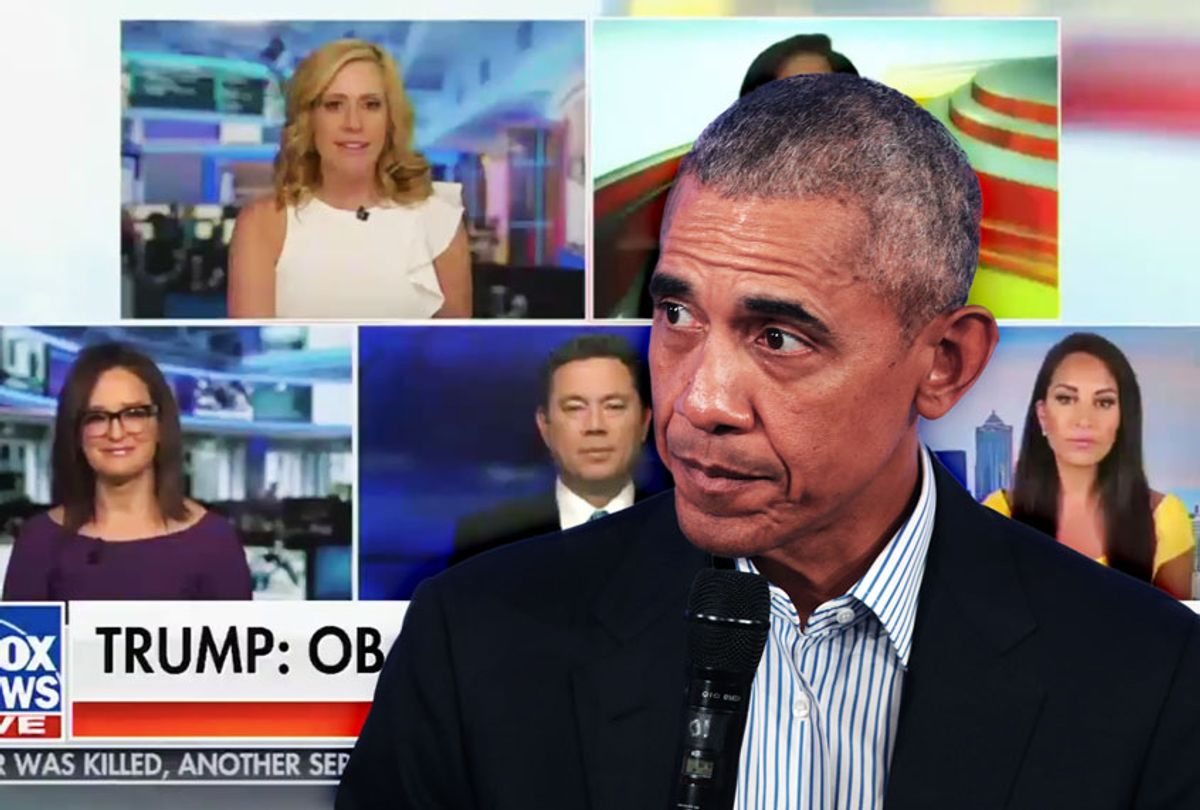 A Fox News host called President Barack Obama "intellectually lazy" and suggested he should have "worked harder" on his virtual commencement address.

The former president delivered a speech to graduating seniors who could not attend in-person commencements due to coronavirus, and he bashed immature and ineffective leadership that has been widely understood to be criticism of President Donald Trump.

"Doing what feels good, what's convenient, what's easy, that's how little kids think," Obama said. "Unfortunately a lot of so-called grownups, including some with fancy titles, important jobs, still think that way, which is why things are so screwed up."

"I want to start with you on President Obama, because it is so intellectually lazy to go to the 'little kid' place," Francis said. "If there is something we have noticed, especially in this age of Trump, when you say, 'Is this what you would do in front of your children? This is how children behave!' just seems like, for a graduation speech, I would have personally worked hard on my writing."

"Absolutely," she said, "and for someone who is known for being such a great speaker and wordsmith, he really just threw in a casserole of nonsense and served it up. I think that's incredibly condescending, but what you realize, what's happening here, the feeling is if you put President Obama out there enough, and if you see enough video, it will convinced dumb voters that he is running for president again. That's why the Joe Biden administration would be a continuation of President Obama, who for many Democrats is still incredibly popular. That doesn't speak to President Obama's strengths, that speaks to Joe Biden's weaknesses."