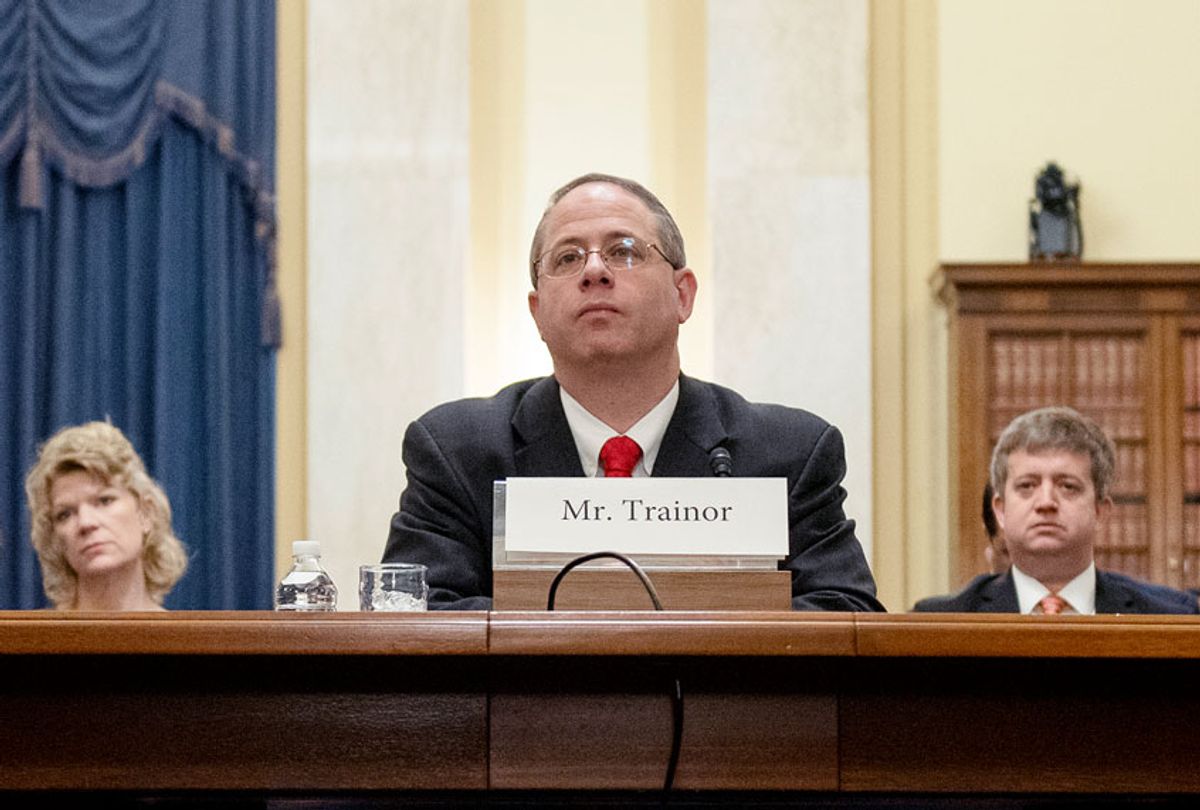 The Center for Public Integrity is a nonprofit investigative news organization based in Washington, D.C. Read its investigations here.

After months in the political wilderness, the federal agency that polices campaign money is back in business.

It may even soon host its first public meeting since last summer.

But the FEC will likely emerge from its unprecedented work stoppage diminished and divided — just in time for the teeth of a presidential election season teeming with money.

Hunter, the FEC's chairperson, said Trainor will bring to the commission the "practical perspective" of a professional election law attorney who's long worked with political parties and candidates.

Weintraub, an outspoken FEC veteran of 18 years who generally supports strong campaign finance regulations, offered this olive branch: "I hope to have a constructive working relationship with Trey. I hope he will be interested in seeking common ground."

The FEC has only lost a quorum of four commissioners one other time in its 45-year history: during a six-month period from late 2007 to the middle of 2008.

"We hear a lot about the FEC and its deadlocked decisions and its inability to get anything done. But without a quorum, the FEC can do nothing," Sen. Roy Blunt, R-Mo., said during Trainor's confirmation hearing in March.

Mike Sullivan, retired director of Massachusetts' Office of Campaign and Political Finance, suspects the newly rebooted FEC, with Trainor, will act much like the FEC of years past.

"Cosmetically, it lets everyone think the FEC can now fully function," Sullivan said. "Substantively, it doesn't change a thing."

Earlier this month, Sen. Amy Klobuchar, D-Minn., criticised Trainor for spending his legal career in Texas "arguing that people shouldn't have to disclose political spending and working to stack the decks against voters by gerrymandering districts to dilute minority voting power." (Trainor defended his work on Texas congressional redistricting during his Senate hearing in March.)

Before today's 49-43 vote along party lines, Klobuchar implored her Senate colleagues to oppose Trainor — a man, she said, who "doesn't believe in basic campaign finance law" and who "consistently worked to dismantle the rules that keep corruption out of our system."

Trainor's appointment was nearly three years in the making: Trump first nominated him to the FEC in September 2017, but the Senate never considered Trainor's nomination, which expired at the end of that year.

Now that Trainor is an FEC commissioner, Hunter said she's aiming to conduct a public FEC meeting — a videoconference version, at minimum — in June.

Chief on Hunter's to-do list now that the FEC has a quorum: defend the agency against several federal lawsuits filed in recent months. Each lawsuit alleges that the FEC violated the law by failing to act on pending complaints.

Hunter and Smith, the former FEC chairman, both also agree that the president and Capitol Hill also have work to do.

"I'd encourage the Senate and the White House to approve a new slate of commissioners," said Hunter, adding that cleaning house at the FEC — including her — would help an agency that "needs fresh perspectives."