The Church of QAnon: How right-wing conspiracy theories take the form of religious movements 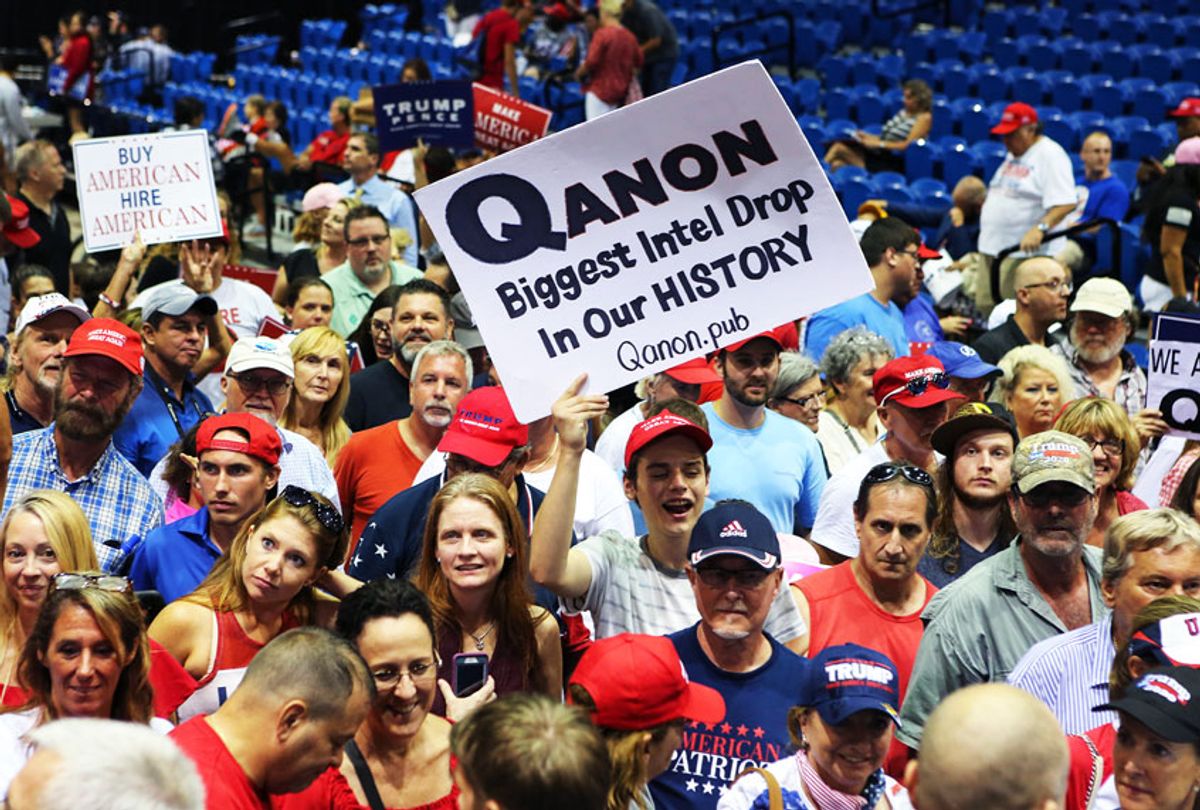 Followers of the QAnon movement believe in wild and dangerous conspiracy theories about U.S. President Donald Trump. Now a faction within the movement has been interpreting the Bible through QAnon conspiracies.

I have been studying the growth of the QAnon movement as part of my research into how extremist religious and political organizations create propaganda and recruit new members to ideological causes.

On Feb. 23, I logged onto Zoom to observe the first public service of what is essentially a QAnon church operating out of the Omega Kingdom Ministry (OKM). I've spent 12 weeks attending this two-hour Sunday morning service.

Trump vs. the "deep state"

The QAnon movement began in 2017 after someone known only as Q posted a series of conspiracy theories about Trump on the internet forum 4chan. QAnon followers believe global elites are seeking to bring down Trump, whom they see as the world's only hope to defeat the "deep state."

OKM is part of a network of independent congregations (or ekklesia) called Home Congregations Worldwide (HCW). The organization's spiritual adviser is Mark Taylor, a self-proclaimed "Trump Prophet" and QAnon influencer with a large social media following on Twitter and YouTube. 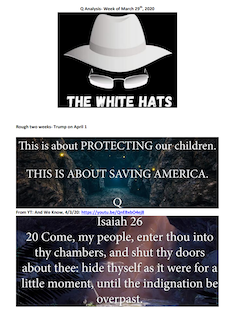 The resource page of the HCW website only links to QAnon propaganda — including the documentary "Fall Cabal" by Dutch conspiracy theorist Janet Ossebaard, which is used to formally indoctrinate e-congregants into QAnon. This 10-part YouTube series was the core material for the weekly Bible study during QAnon church sessions I observed.

The Sunday service is led by Russ Wagner, leader of the Indiana-based OKM, and Kevin Bushey, a retired colonel running for election to the Maine House of Representatives.

The service begins with an opening prayer from Wagner that he says will protect the Zoom room from Satan. This is followed by an hour-long Bible study where Wagner might explain the "Fall Cabal" video that attendees had just watched or offer his observations on socio-political events from the previous week.

Everything is explained though the lens of the Bible and QAnon narratives. Bushey then does 45 minutes of decoding items that have appeared recently on the app called QMap that is used to share conspiracy theories. The last 15 minutes are dedicated to communion and prayer.

At a service held on April 26, Wagner and Bushey spoke about a QAnon theory, called Project Looking Glass, that the U.S. military has secretly developed a form of time-travel technology. Wagner suggested to e-congregants that time travel can be explained by certain passages in the Bible.

On May 3, the theme of the QAnon portion of the service was about COVID-19. Bushey spoke about a popular QAnon theory that the pandemic was planned. (There is no evidence of this.) And when an anti-vax conspiracy theory documentary called "Plandemic" went viral , the video was shared on the HCW websites as a way for e-congregants to consume the latest in a series of false theories about the coronavirus.

What is clear is that Wagner and Bushey are leveraging religious beliefs and their "authority" as a pastor and ex-military officer to indoctrinate attendees into the QAnon church. Their objective is to train congregants to form their own home congregations in the future and grow the movement.

OKM's ministry is rooted in Taylor's prophecies. Wagner regularly mentions that if it wasn't for Taylor, he would have never started this ministry.

On its website, OKM references the Seven Mountains of Societal Influence. Seven Mountains utilizes the language of Dominionism — a theology that believes countries, including the United States, should be governed by Christian biblical law. Its goal is to attain sociopolitical and economic transformation through the gospel of Jesus in what it calls the seven mountains or spheres of society: religion, family, education, government, media, entertainment and business. This blends QAnon's apocalyptic desire to destroy society "controlled" by the deep state with the need for the Kingdom of God on Earth.

Wagner and Bushey have taught their congregation to stop listening to any media —even Fox News — because they're are all "Luciferian." What they provide instead is a road map to QAnon radicalization comprised of QAnon YouTube channels for the congregation's daily media diet, the Qmap website that lists new QAnon conspiracy theories and Twitter influencers.

They further insist that as Trump continues to "drain the swamp" in Washington, it's "our" responsibility to drain the deep state church swamp. They believe the same deep state that controls the world has also infiltrated traditional churches. As Wagner stated in his April 12 service: "I am here to focus on the deep state church. This goes beyond our church and involves our culture and our politics. Kevin is here to talk about QAnon and the military operation to save the world."

Like any church, they also run outreach ministries. OKM is currently raising funds for something called Reclamation Ranch, which Wagner describes as a safe place for children rescued after being held underground by the deep state. Children at risk is an ongoing theme in many QAnon conspiracy theories, including the famous fake "Pizzagate" theory.

As of May, OKM moved from Zoom to YouTube to accommodate the growth in attendees. At last count, approximately 300 accounts participated in the recent services.

While that's not a lot of followers, we should be concerned about these latest developments. OKM provides formalized religious indoctrination into QAnon, a conspiracy movement that is both a public health threat by spreading false information about the coronavirus pandemic and a national security concern.