Robert Reich: The privileged and powerful reach new lows in the pandemic

Robert Reich: Those in power must stop viewing the pandemic as an obstacle to personal ambition 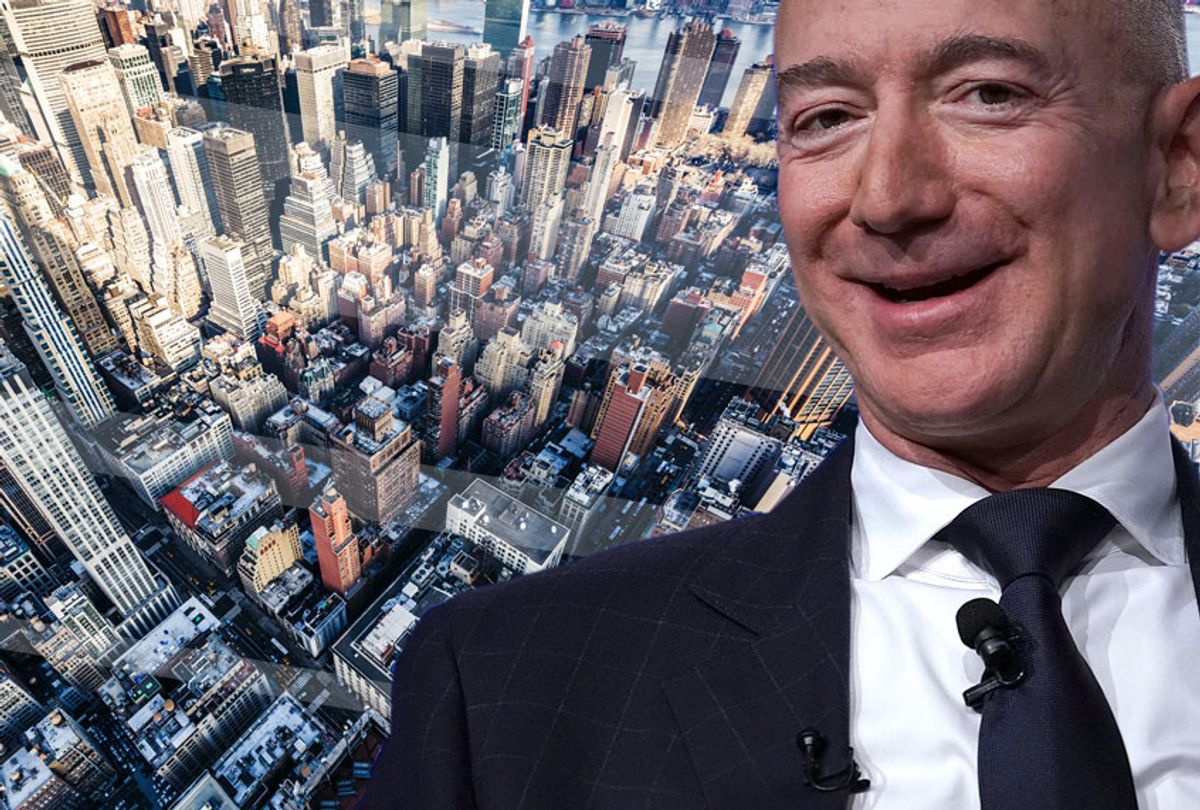 As America reopens for business, you might expect Jeff Bezos, the richest man in America, and his Amazon corporation, one of the most profitable corporations in America, to set the corporate standard for how to protect the health of American workers.

Amazon's warehouses have become Covid-19 hot spots, yet Amazon has repeatedly fired workers who sound the alarm — including, just recently, a warehouse worker in Minnesota who spoke out against unsafe conditions, and, earlier in the pandemic, a worker who led a walkout Amazon's huge JFK8 warehouse in Staten Island after several employees tested positive for Covid-19.

A few weeks ago, Amazon fired two white-collar employees after they criticized the company's treatment of warehouse workers. I talked with one of them, Maren Costa, at a virtual rally. (The event didn't come off quite as planned. After thousands of employees had RSVPed, Amazon deleted all invitations and emails regarding the event, according to organizers.)

"Why is Amazon so scared of workers talking with each other?" Costa wondered. "We're all in this together. No company should punish their employees for showing concern for one another, especially during a pandemic."

At Amazon's AVP1 fulfillment center near Hazleton, Pennsylvania — under federal investigation because of an early spike in cases — workers say Amazon stopped sharing information about Covid-19 cases, so they started their own unofficial tally, which at last count was 64 and rising.

Only recently did Amazon start offering two weeks' paid sick leave to workers afflicted with the virus, but some sick workers say they've had trouble collecting their pay despite the new policy.

The company now says anyone who doesn't return to work will be terminated, and it's about to eliminate an extra $2 per hour hazard pay it had given warehouse workers.

Why has Bezos and set the bar so low for the rest of corporate America? It can't be the cost. Amazon can afford the highest safety standards in the world. Last quarter, its revenue surged 26 percent and its profits soared to $75.5 billion. Since March, Jeff Bezos' net worth has jumped $24 billion.

So, what is it? Perhaps the arrogance and indifference that comes with extraordinary power.

Consider billionaire entrepreneur Elon Musk, who last week reopened his Tesla plant despite county public-health orders to keep it shut. After Musk threatened to sue the county and move the factory and jobs to another state, officials finally caved.

Tesla promptly notified workers that "Once you are called back, you will no longer be on furlough so if you choose not to work, it may impact your unemployment benefits."

So Tesla workers are now being forced to choose between their livelihoods or, possibly, their lives. Musk says his factory is safe, but a worker who returned to the production line told the New York Times that little has changed, and "it's hard to avoid coming within six feet of others."

Why is Musk so intent on risking lives? It can't be the money. Musk is rolling in it. Tesla's stock closed at $790.96 a share last Wednesday, which put the company's value at about $146 billion(by contrast, GM, which produces far more cars, is valued at less than $31 billion).

It's that, like Jeff Bezos, Musk wants to impose his will on the world. The pandemic is an obstacle, so it must be ignored.

In January, Musk said Covid-19 was nothing more than common cold. In March, he tweeted the "coronavirus panic is dumb." By late April he was calling shelter-in-place orders "fascist," and asserting that health officials were "breaking people's freedoms."

If all this reminds you of someone who now occupies the Oval Office, that's no coincidence. Musk's thin-skinned, petulant narcissism bears an uncanny resemblance to Donald Trump, who last week tweeted, "California should let Tesla and @elonmusk open the plant, NOW."

I once oversaw the Occupational Safety and Health Administration, and I can attest that Trump's OSHA is doing squat about worker safety in this pandemic. Trump is fine with this. All he cares about is being reelected.

Trump despises Bezos, presumably because Bezos also owns the Washington Post, which has been critical of Trump. But it's easy to see in Bezos the same public-be-damned bullying that emanates from the White House.

Enough! Those in power must stop viewing the pandemic as an obstacle to personal ambition. Over 300,000 people around the world have lost their lives in just four months, including more than 90,000 Americans. Bezos, Musk, Trump, and all others in positions to help contain this disaster are morally bound to do so, their own ambitions be damned.