"We face a collective mourning for the America we once knew," The Lincoln Project co-founder says 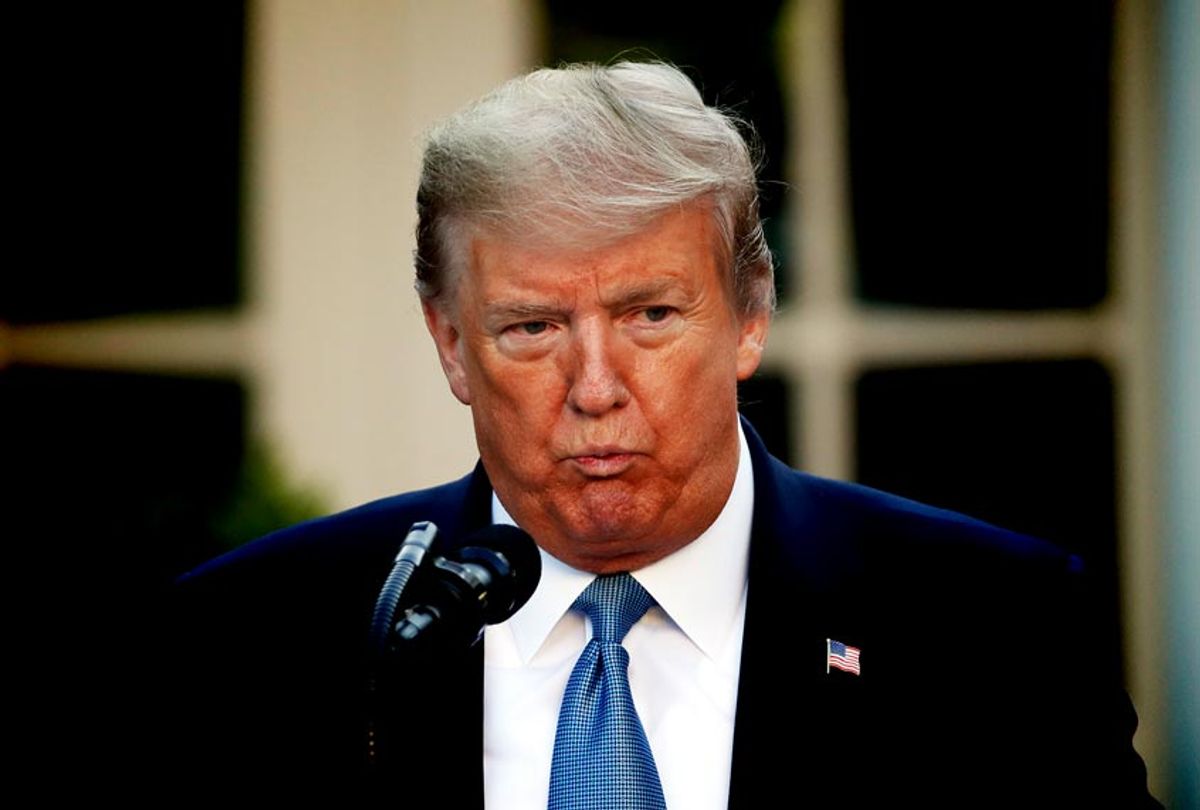 President Donald Trump has been furious with The Lincoln Project, a group of Never Trump conservatives, over its "Mourning in America" ad — which lambasts the president over his botched response to the coronavirus pandemic. And the anti-Trump group has announced that it has expanded its "Mourning in America" ad buy, which will now include the densely populated Philadelphia area.

According to its May 20 press release, The Lincoln Project is also expanding the "Mourning in America" ad to Sioux City, Iowa and Lansing, Michigan — which is important because Pennsylvania, Michigan and Iowa are all key 2020 battleground states. And the last thing Trump needs in Pennsylvania is a heavy Democratic turnout in favor of Joe Biden (the presumptive Democratic presidential nominee) in the Philly suburbs.

"Mourning in America" is a variation on the "Morning in America" theme that President Ronald Reagan used in his reelection campaign in 1984, when he defeated Democratic nominee Walter Mondale by a landslide. Reagan used "morning" as a metaphor, asserting the U.S. had overcome the painful recession of the early 1980s. But The Lincoln Project, in its anti-Trump ad, is asserting that Trump — with his response to the coronavirus pandemic — has caused a period of mourning for all of the Americans who have died from coronavirus.

The Lincoln Project's co-founder, Jennifer Horn, explained: "Trump's dangerous incompetence has directly hurt the people of IA, PA and MI. Across the country, too many Americans are mourning the loss of people they love the most. Millions have lost their livelihood and their security. Trump and his administration failed at every turn to take the response to COVID-19 seriously until it was too late; now, we face a collective mourning for the America we once knew."

Pennsylvania is considered a must-win state for Trump, who visited Allentown, Pennsylvania last week and tried to pressure Gov. Tom Wolf (a Democrat) into reopening his state sooner rather than later. Trump spoke at Owens & Minor Company, a medical supplies distributor.

Trump has not been performing well in recent polls of voters in the Keystone State, where he has been trailing former Vice President Joe Biden (the presumptive Democratic nominee) by 8% (Fox News), 6% (Harper), 5% (Public Policy) or 10% (Susquehanna).

Although Pennsylvania went Republican in every presidential election in the 1980s, it has favored Democrats in most of the presidential elections held after that. The exception, of course, was 2016, when Trump became the first GOP presidential candidate to win Pennsylvania since the late George H.W. Bush in 1988. And Trump's victory in the Keystone State came as a shocker to pundits who wrongly assumed that Democratic nominee Hillary Clinton was safe there.

Pennsylvania is a complex state politically. Philadelphia Proper is overwhelmingly Democratic: Philly hasn't had a Republican mayor since Bernard Samuel in the early 1950s, although businessman and GOP mayoral nominee Sam Katz narrowly lost to Democrat John Street (former president of the Philadelphia City Council) in 1999. But Central Pennsylvania, historically, has been much more conservative. Democratic strategist James Carville famously described Pennsylvania as Philly in the east, Pittsburgh in the west and Alabama in between — and Pennsylvanians jokingly refer to that part of their state as "Pennsyltucky." When Trump carried Pennsylvania in 2016, he performed especially well in Central Pennsylvania locations like Altoona and Johnstown.

Philly Proper is so Democratic that an anti-Trump ad is really preaching to the choir there; from Rittenhouse Square to South Philly to Fishtown, Democrats seriously outnumber Republicans in terms of voter registration in Pennsylvania's largest city. But Philly's suburbs are another matter.

In the past, the Philly suburbs of Montgomery County, Bucks County and Delaware County were known for being more GOP-friendly than Philly Proper; former Pennsylvania Gov. Tom Ridge, who is conservative but not a far-right culture warrior, is a Republican who performed well in the Philly suburbs in the 1990s. But recent elections have found the GOP losing ground in Suburban Philadelphia. And the Lincoln Project's ad buy in Greater Philadelphia could remind suburban Tom Ridge voters why they became Tom Wolf voters.

2018 was a good year for Democrats in Pennsylvania, where Wolf was reelected and defeated Republican candidate Scott Wagner by 17% — and where Sen. Bob Casey, Jr. was elected to a third term and defeated Republican Lou Barletta by 13%. If 2018 was a referendum on Trumpism, those double-digit Democratic victories in the Keystone State were not good news for the president.

Nor is the presence of The Lincoln Project's "Mourning in America" ad in the Philly suburbs.