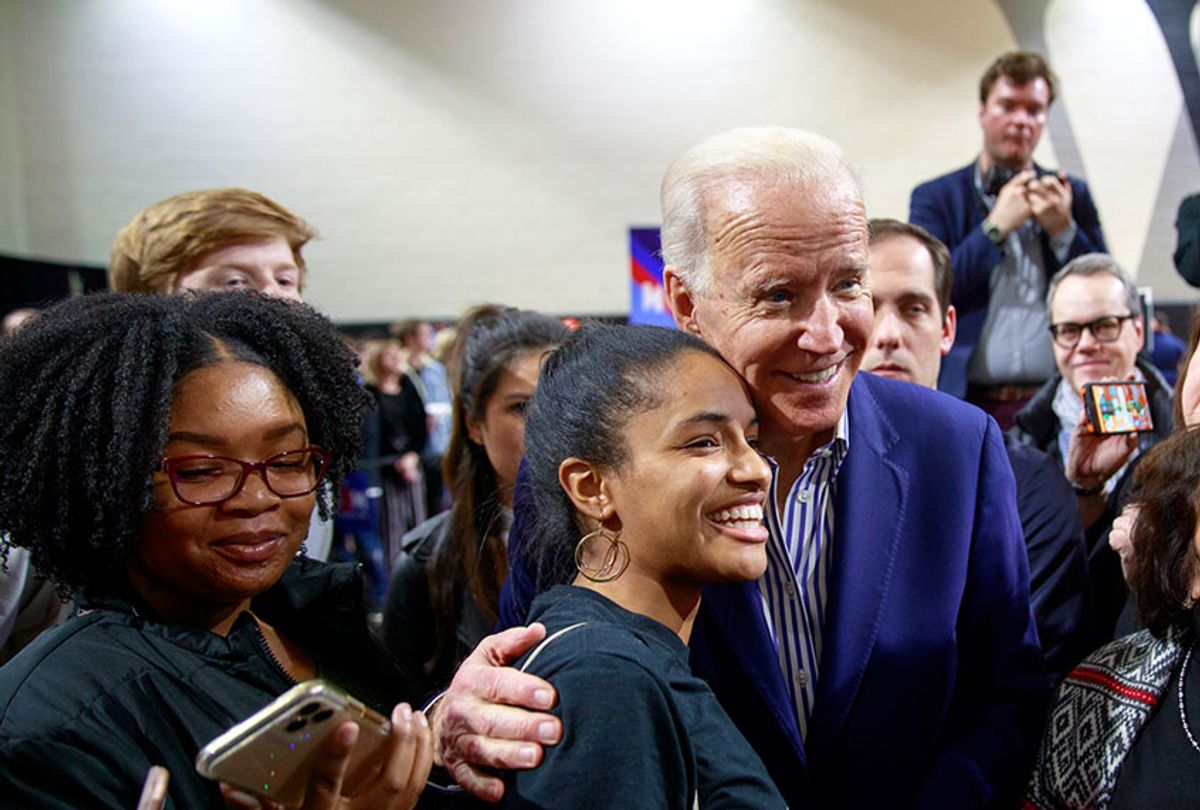 My uncle, whom I'll call Roger, is a white man. He "dated" my older cousin-aunt for 40 years, although they never got married. Roger was also a musician who played bass in my father's band. Roger and my cousin-aunt were very much in love and had several children. As such, Uncle Roger was always at family gatherings and other events. Inevitably, he would have too much to drink (and smoke) and get into a loud argument with someone about politics, sports, music, books or some other topic … and then he would say something impolitic about black folks. Everyone would look at him, shake their heads, roll their eyes and then laugh. On cue, everyone would say, "That's Uncle Roger! He's just getting too familiar again!"

Uncle Roger's transgressions — and to be fair, much of what he said was actually true — became a running joke in my family and their circle of friends. It was all like some 1980s sitcom where there's one white character who loves his black family and friends but crosses that invisible line between what black folks can say to and about each other (other groups have such rules of speech and decorum as well) and territory where other people had best not venture.

America may not have an Uncle Roger, but we do have Uncle Joe — Barack Obama's former vice president, the presumptive Democratic presidential nominee in this year's election.

Last Friday, at the end of a "challenging" interview on Charlamagne tha God's radio show "The Breakfast Club," Joe Biden offered this nugget of racial wisdom:

"You've got more questions?" Biden replied. "Well I tell you what, if you have a problem figuring out whether you're for me or Trump, then you ain't black."

Biden has been extensively criticized for making that comments and has apologized, saying that he should not have been so "cavalier." He concluded: "I was making the point that I never take the vote for granted and in fact, I know in order to win the presidency, I need the African American vote."

To watch Trump defenders attack Biden for one clumsy remark — when they themselves are part of a white supremacist, neo-fascist regime — would be comedy gold if the stakes were not in fact so high.

This all-too-common dance of recrimination and apology over "racial slights" is tedious and distracting. Biden's comments are a non-controversy elevated into something important at a time when American democracy is imperiled by Donald Trump and his forces.

The most basic way to intervene against such sideshow nonsense is to ask a basic, foundational question: Did Biden say anything that is not true? The answer is not a riddle or something unknowable.

Black Americans, as a group, have interests. These can be evaluated relative to black Americans' struggles for full equality and opportunity, and a true democracy for all people on both sides of the color line (in the United States and internationally). Black people are individuals, of course. But because of a historic and contemporary experience of marginalization and discrimination, their political calculations and other decisions are often made through a lens of "linked fate."

As an empirical matter, across almost every public policy area Donald Trump and his administration — and the Republican Party as a whole — have consistently advocated and enacted policies that hurt black (and brown) people's health, safety, incomes, opportunity, civil rights and freedoms, and diminish their life chances more generally.

Even more damning, Trump is the preferred candidate of the Ku Klux Klan and other white supremacist terrorist organizations. Infamously, Trump described the white supremacists who rioted in Charlottesville, Virginia in 2017 as "very fine people." Trump was and remains a leading voices in the white supremacist "birther" conspiracy theory aimed at delegitimizing Barack Obama, America's first black president. Last Thursday during a campaign visit to Michigan, Trump praised and echoed Henry Ford's noxious ideas about "bloodlines" and "human stock." Ford was an anti-Semite who personally inspired Adolf Hitler and the Nazi movement.

Yes, there certainly are some black people who have internalized anti-black racism and other self-hating malice, and many of them support Donald Trump. They are free to do so in a democratic society — and also free to be judged and criticized for their decision.

Excluding such pitiable people from the equation, Biden was for all intents and purposes correct in his comments about black people and Donald Trump. To complain about his inartful language is to sidestep the core truth of what he expressed.

Trump has never hidden his strategy for defeating Biden — or whoever else the Democratic Party might have nominated to be his 2020 opponent. In conjunction with voter intimidation, voter suppression, vote theft, outright lying, and inviting foreign interference, Trump and his agents of chaos will launch a sophisticated disinformation and psychological operations campaign against the American people. This strategy will consist in part of slurring Joe Biden as a racist, a traitor and a rapist, and being a corrupt "professional politician". In essence, Trump and his strategists will project all the president's worst qualities onto Biden.

Out of fear of being labeled "liberal" or "biased" "fake news," the American news media will treat these charges seriously — however ridiculous they may be — and publicly litigate them, and by doing so help Trump achieve his goals.

By comparison, Trump has repeatedly violated the Constitution as president. He is a serial and apparently pathological liar. He is likely suffering from severe mental illness and poses grave danger to the American public and the world. He is illegitimate and incompetent, hates democracy and has only contempt for the American people. He is exploiting the coronavirus pandemic in an effort to secure his re-election. He has shown himself to be a white supremacist, is endlessly corrupt and has credibly accused of sexual harassment, assault and rape by dozens of women.

At present, most polls show Biden with a significant lead over Trump. But because the Democratic Party is so skilled at stealing defeat from the jaws of victory, there are many disaffected Democratic Party voters, left-leaning independents, and others who will be suckered into not voting for Biden in November on Election Day 2020.

Even Noam Chomsky, ardent libertarian socialist, and a longtime critic of the Democratic Party and its neoliberal corporate wing, supports Joe Biden's candidacy. In a new interview, Chomsky even went so far as to issue the following warning about Donald Trump and his movement:

Hitler was perhaps the worst criminal in human history. He wanted to murder 6 million Jews, murdered my extended family, 30 million Slavs, gypsies and homosexuals and others.

That's pretty evil. But what does Trump want to do? He wants to destroy the prospect for organized human life.

In a recent conversation with Mehdi Hasan at the Intercept, Chomsky also warned that purity tests by self-described progressives risk repeating the same errors that gave Adolf Hitler control over Germany:

In the early 30s in Germany, the communist party, following the Stalinist line at the time, took the position that everybody but us is a social fascist so there's no difference between the social democrats and the Nazis. So therefore we're not going to join with the social democrats to stop the Nazi plague. We know where that led. And there are many other cases like that. And I think we're seeing a rerun of that.

Refusing to vote for Joe Biden because you object to some of his policies or views, or because you are waiting for a perfect candidate, in practice only aids and abets Donald Trump and his movement in its efforts to remain in power in 2021 and  beyond.

Sen. Bernie Sanders knows this to be true. He has significant policy disagreements with Biden but has encouraged his supporters to rally around the former vice president.

Ultimately, American democracy is a work in progress, and this is especially true for America's multiracial democracy. Donald Trump and his movement are relentlessly, obsessively and systematically doing everything within their power to destroy it. In the world that Trump and his supporters long to create, America will be a full-on neofascist, plutocratic apartheid state. That America will be all the things that Biden's detractors on the left claim to hate, made even more extreme.

Biden at least offers an alternative: We can stop this disaster, recalibrate and work through the next steps of improving American democracy so that the poison of Trumpism and other forms of racial authoritarianism can finally be purged.

Defeating Donald Trump on Election Day 2020 is all that matters. Leftists, progressives and others who are reluctant to vote for Joe Biden should orient themselves around that statement of purpose. It is the only path available to save ourselves from Donald Trump and what he represents.