"All virtues prized by the self-identified class of hard-working men . . . expect none of those . . . from Trump" 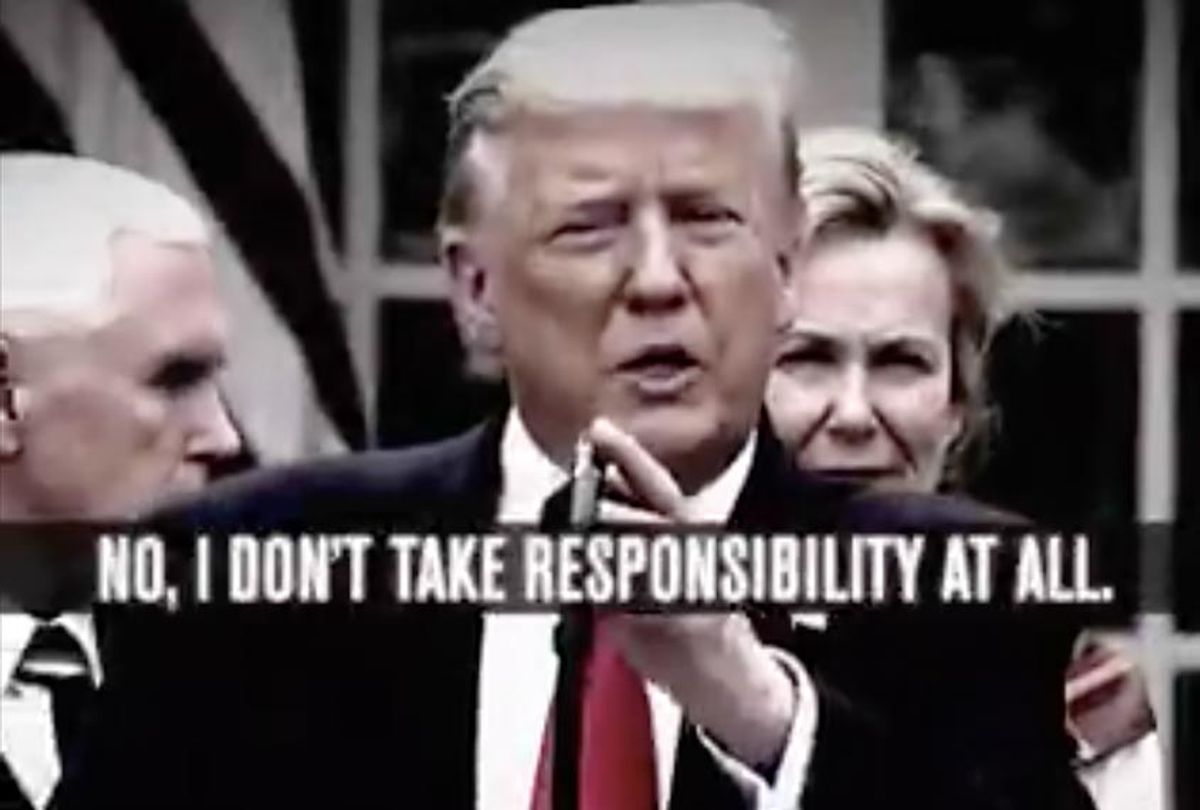 President Donald Trump's supporters think of him as the ultimate alpha male, but a scathing op-ed in The Atlantic makes the case that he's "the least masculine man" to be elected president in modern history.

Tom Nichols, a conservative professor at the Naval War College in Rhode Island, writes that he is baffled that blue-collar white men continue to support Trump even as the president has whiny tantrums about being treated unfairly in the media.

"Courage, honesty, respect, an economy of words, a bit of modesty, and a willingness to take responsibility are all virtues prized by the self-identified class of hard-working men, the stand-up guys, among whom I was raised," he writes. "And yet, many of these same men expect none of those characteristics from Trump, who is a vain, cowardly, lying, vulgar, jabbering blowhard."

The most damning aspect of Trump, writes Nichols, is his utter refusal to take any responsibility for his actions.

"In this category, he exhibits one of the most unmanly of behaviors: He's a blamer," Nichols writes. "Nothing is ever his fault. In the midst of disaster, he praises himself while turning on even his most loyal supporters without a moment's hesitation. Men across America who were socialized by team sports, whose lives are predicated on the principle of showing up and doing the job, continually excuse a man who continually excuses himself."