Why business is booming for psychics during the pandemic

"People are calling in droves," a clairvoyant told Salon. Are psychic services a pandemic-proof industry? 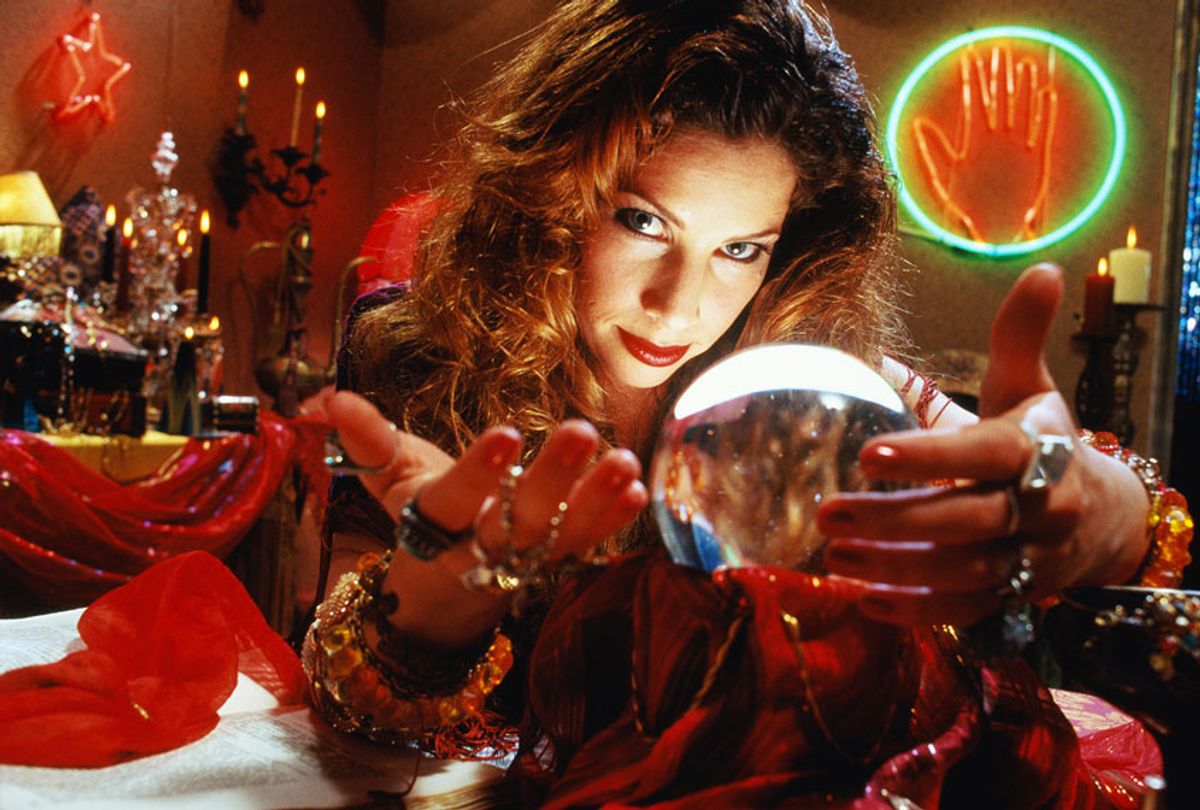 With over 36 million Americans now unemployed, it is certainly a privilege to have a job; each week of the pandemic, millions more file for unemployment. As businesses figure out how to adapt their business models to a socially distanced world, numerous sectors are suffering, from retail to fashion to restaurants. But one industry that is unexpectedly thriving? Psychic services.

Since the quarantine began shutting down large swaths of the economy, astrologers, spiritual guides, tarot card readers and psychics have seen an uptick in business. According to Google search trends, Google searches for "psychic" jumped to a 1-year high during the week of March 8, 2020 — just when the Centers for Disease Control and Prevention (CDC) began issuing some guidance on COVID-19. Business review and aggregator site Yelp published an Economic Impact Report that noted that its "Supernatural Readings" business category was up 140 percent as more Americans turned to tarot card readers, mediums and psychics.

Leslie Hale has been offering astrology readings since the late 1990s. She joined Keen.com, an online "spiritual advisor network" in 2001, and told Salon that currently her business is up about 30 percent. (Likewise, Keen.com told Salon they are experiencing a vast increase in traffic as of late.) Hale said usually she had 10 to 15 calls a day, but during the pandemic it's been anywhere between 20 and 30. She charges $3.53 a minute.

"There has never been a time like this," Hale told Salon of her 21-year astrologer career. "I think everybody wants to know if their life is going to go on, and if there's anything in the future they have to look forward to."

It makes sense that average people are seeking clarity in uncertain times. New Age spiritual practices like tarot cards, astrology, and reiki have become increasingly popular over the last several years, in part due to its endorsement from the wellness industry and decline in religion among younger Americans. According to Pew Research data from 2018, an estimated 6 out of 10 American adults accept at least one "New Age belief," a list that includes psychics.

Interestingly, chaotic historical moments appear to be correlated with a rise in popularity of spiritualist beliefs.  Spiritualism first emerged in the U.S. during the Civil War. Later, in the late 1880s and throughout the Spanish Flu epidemic, spiritualism saw a resurgence. According to an article in The Guardian about historian Robert Murch's research into the Ouija board, the tabletop psychic game had "particularly good sales" in the early twentieth century right after World War I and the Spanish Flu Epidemic. In a 1920 article, the New York Times compared the popularity of the Ouija board to that of bubble gum, and in 1927 the Baltimore Sun reported that William Fuld, the Ouija board's popularizer, had "personally made $1m from sales of the board."

Interestingly, this resurgence in spiritualism eventually faced a backlash, partly led by Harry Houdini. In 1926, he tried to pass a bill, H.R. 8989, which would impose a $250 fine or six months in prison for "any person pretending to tell fortunes for reward or compensation," according to a fantastic explainer of Houdini's anti-spiritualist movement published in Atlas Obscura.

While in the past, spiritualism meant looking for connection with the dead, today it is more about seeking assurance. Alicia Butler, a 38-year-old freelance writer, usually turns to tarot card readings for comfort. She told Salon during the pandemic they've been especially helpful.

"It's definitely a source of comfort right now," Butler, who is quarantining with her parents, told Salon. "If things don't reopen and we don't have a vaccine or something, am I going to just be 13 again and living with my parents, and not growing emotionally or professionally ever again?"

"I mean, it's basically somebody telling you that everything's gonna be okay," Butler added.

Nathalie Theodore, JD, LCSW, a psychotherapist in Chicago, told Salon it makes sense that some would turn to psychics or tarot card readers during this time.

"Uncertainty is something that many of us struggle with and, for some, it can cause a tremendous amount of anxiety," Theodore said. "Fear of the unknown can send us into a downward spiral of negative thinking and imagining worst case scenarios."

Theodore added that one of the hardest parts of this pandemic is not knowing how long it will last or what our lives will look like once it ends.

Hale, the psychic, said the number one question she gets from clients is when they will find a romantic partner.

"The biggest concern of most of the people who call me is still their relationship," Hale said. "People want to know, 'when I am going to be able to go out and meet someone special again?'"

She believes that inquiry is tied to loneliness.

"During this time of social isolation, I think people are lonely . . . . of course we have technology but that's not the same thing as sitting across the table from someone," Hale said.

Sara Kohl, who does "remote viewing" for Keen.com, said many people are wondering about their job security, too. "I've had a lot of my clients get furloughed," Kohl said. "And so they're calling... wondering if they're going to be going back to work, and when."

Fortuitously, Kohl is one of those rare people who is unconcerned about job security right now.

"It's been the busiest I've ever seen," she said. "People are calling in droves."