COVID-19 takes down another retailer, continuing a devastating trend

As retail and fashion outlets go bankrupt, the industry is pondering its own existence 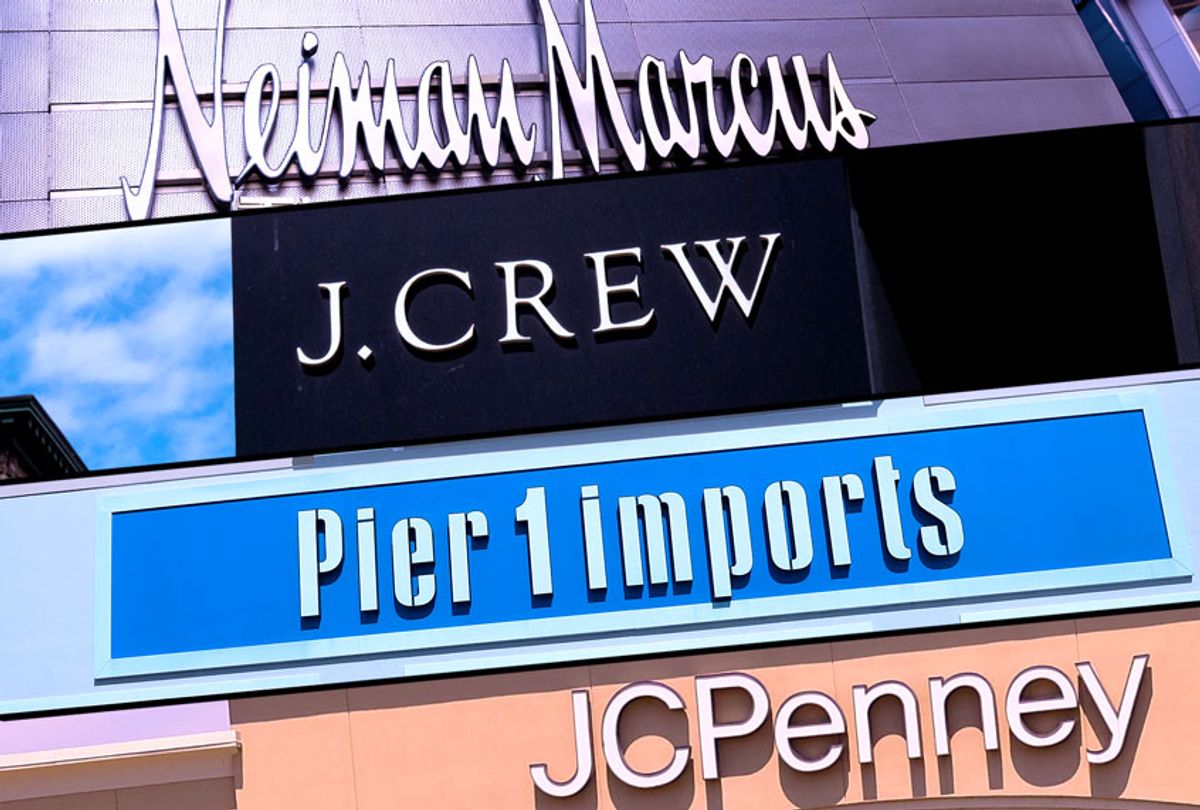 Retailer Pier 1 Imports announced Tuesday that it is filing a bankruptcy court motion so that it can halt its retail operations at the soonest reasonable time. The announcement marks another death blow to the retail industry, which is suffering under the weight of stay-at-home orders.

In its official letter to investors, Pier 1 explained that it "intends to sell its inventory and remaining assets, including its intellectual property and e-commerce business, through the court-supervised process." Its chief financial officer, Robert Riesbeck, said in a statement that although the outlet had spent months "working to identify a buyer who would continue to operate our business going forward," it determined that "the challenging retail environment has been significantly compounded by the profound impact of COVID-19, hindering our ability to secure such a buyer and requiring us to wind down."

Pier 1 Imports is not the only large retailer to suffer as a result of the pandemic. Online luxury retailer The Modist, designer boutique Anthom, menswear retailer J. Hilburn, denim brand True Religion and licensee company Centric Brands have also either filed for bankruptcy or announced that they are permanently closing.

Likewise, retailer JCPenney announced Monday that it will close nearly 30 percent of its 846 stores in order to restructure as part of its need for bankruptcy protection. The iconic company issued its filing for bankruptcy organization on Friday, with CEO Jill Soltau ruefully explaining that it was "the best path to ensure that JCPenney will build on its over 100-year history to serve our customers for decades to come." This decision was controversial, as it came only days after the top executives awarded themselves bonuses — Soltau received $4.5 million, while three other executives were given $1 million each.

Moreover, upscale fashion retailer J. Crew filed for bankruptcy protection earlier this month, with its main creditors deciding to take control of the group in return for canceling its $1.65 billion in debts. Although the creditors will also finance the business chain with $400 million, it is unclear how many of the 500 outlets that closed will be reopened.

Likewise, John Varvatos — a men's fashion brand favored by celebrities like Ben Affleck, Dave Matthews, Bob Dylan, Bruce Springsteen and Tupac Shakur — filed for Chapter 11 earlier this month in order to sell itself to an affiliate of Lion Capital LLC, one of its creditors.

Jeffrey, a high-end goods store previously associated with Nordstrom, announced that its three outlets will close as well due to financial problems associated with the pandemic. Jeffrey Kalinsky, who founded the stores, explained in a statement that he is "disappointed" but "understand it is the right decision for the business given the circumstances of this global crisis."

Department store Neiman Marcus also filed for Chapter 11 earlier this month, with CEO Geoffroy Van Raemdonck explaining in a letter to customers that "this is simply a process that allows our Company to alleviate debt, access additional capital to run the business during these challenging times, and emerge a stronger company with the ability to better serve you and continue our transformation over the long term."

"While we have been encouraging an end to overconsumption for many years, we also know that in the face of this unexpected halt in manufacturing, it is the most vulnerable, lowest paid people in the fashion supply chain that feel the worst effects," Fashion Revolution explained. "IndustriALL, the global trade union which works to give workers around the world a voice, says that millions of garment makers have already lost their jobs as a result of the virus and have no access to social or financial safety nets to help them weather this storm."

The pandemic is also likely to impact the retail fashion industry in other ways. Prior to the pandemic, there was a growing movement for fashion companies to integrate sustainability and climate change initiatives into their business models. While companies that had already begun to do that are likely to continue, businesses that paid lip service to sustainability ideals without practicing them may wind up reverting to unsustainable business practices. The digital and virtual fashion industries have also seen a boom during this period, although it is unclear whether this will permanently alter the face of the industry.