Workers are afraid of returning to work amid pandemic. Is a general strike finally on the horizon? 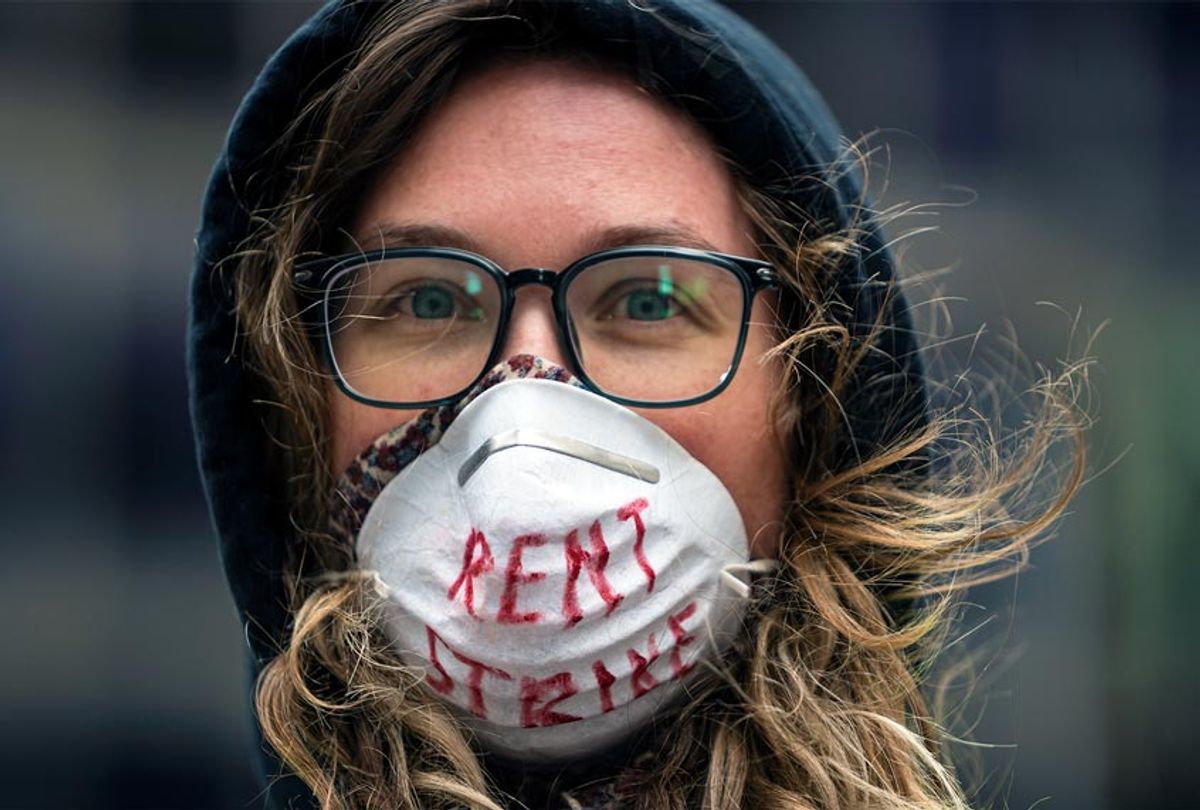 Calls for a general strike are growing as millions of people consider going back to work after months of quarantine. Could a mass work stoppage be on the horizon? What about waves of local and regional general strikes as more cities and states move to reopen businesses during a global pandemic? Let's consider the conditions of our current moment.

As COVID-19 continues to claim hundreds of lives every day, workers across the United States face an impossible choice: return to work and risk their health and the health of their loved ones at home, or potentially lose their jobs and their unemployment benefits.

While some employers are working with their employees to decide how and when to reopen, others want to jumpstart business and spend Paycheck Protection Program funds so loans provided under the program are forgiven. This requires convincing furloughed and laid–off workers to come back and earn a paycheck, or replacing them with new hires. Bosses have incentives to tell workers they must return now or their jobs will be gone later.

While there are some protections for workers with children and preexisting health conditions, the Labor Department is encouraging efforts to report workers who refuse to return so they lose their unemployment benefits. Workers can file a complaint if they believe their workplace to be unsafe, but safety inspections and enforcement have plummeted under President Trump as his pro-business administration guts protections for workers. Federal law protects workers from "unusual risks" posed by the pandemic, but the administration has failed to issue rules or guidance for reinforcing the right to refuse unsafe work.

That's a raw deal for workers whose wages are so low that they are making more money by filing for unemployment. Low-wage workers are more likely to have hazardous jobs that cannot be done from home, and they are also disproportionately Black and Brown, which is one reason communities of color and Native communities have been hit hard by the pandemic.

"Unless policymakers and government agencies use their power to issue strong guidance and enforce workers' right to refuse to return to unsafe working conditions, individuals, families, communities, and most of all, women of color, will continue to suffer," said Rebecca Dixon, executive director of the National Employment Law Project, in a recent statement.

Meanwhile, there has been a major uptick in labor organizing and mutual aid efforts during the COVID-19 pandemic, blowing wind into the sails of a labor movement that has been decaying under pressure from neoliberal capitalists and right-wing politicians for decades. With the economy on pause, activists have had more time to hold digital, socially distanced meetings and organize.

More than 200 wildcat strikes and mass sick-ins have erupted across the country in recent weeks as workers resisted conditions that put them in danger, with many striking workers finding support and solidarity among workers from different industries. In New Orleans, for example, a relatively small group of striking sanitation workers is receiving support from health care workers, mutual aid groups and young activists of color.

Over the past two months, rent strikes were organized across the country, particularly in big cities where large numbers of renters share the same landlords and can use their collective leverage to negotiate. Essential workers at large companies, such as Whole Foods, Instacart, Amazon and Target went on strike in unison on May 1.

Now, emerging activist groups inspired by the rapid growth of mutual aid projects and waves of strikes and protests are calling for a general strike starting June 1 in response to the conservative and pro-business forces pushing to reopen despite public health concerns. In a general strike, a substantial portion of the workforce across a city, state or region refuses to work. In this case, a general strike would likely entail a substantial portion of nonessential workers refusing to go back to work while some others walk off the job.

Calls for general strikes routinely make rounds on social media, and the topic continues to come up in digital town halls and remote organizing meetings held by activists. Shahid Buttar, an activist and socialist congressional candidate in San Francisco, said the labor precarity caused by the COVID-19 pandemic has made conditions ripe for a general strike, but the crisis also presents its own unique challenges.

"To make it happen and envision and build the energy for a work stoppage, we have to build service delivery mechanisms to replace market–based services — and the biggest ones to me are food and childcare," Buttar said in an interview.

Buttar pointed to the 1955-1956 bus boycott against segregation in Montgomery, Alabama. Rideshares were organized so Black participants in the boycott could still get around, making the historic protest sustainable and effective. To hold a general strike today, Buttar said, activists would need to create alternative ways to meet people's needs. Currently, the need for social distancing makes it difficult, if not impossible, to organize a neighborhood child care collective, for example.

However, the pandemic has also ushered in a dramatic rise in mutual aid groups that distribute food, masks and other essential items. Many of these groups have developed strategies for working together and sharing resources while minimizing the risk of spreading COVID-19.

"There are a lot of collectives of people delivering masks and food and hand sanitizer," Buttar said.

Organizers of a general strike must also consider how to support people who lose their jobs as a result of going on strike, particularly lower-income workers and families who are already facing financial precarity. That's why mutual aid and alternatives to the market for delivering goods and services are so important for a general strike — without them, a mass work stoppage could prevent people from accessing the things they need to survive.

A key feature of a general strike is workers learning to work for each other, rather than for employers who profit from their labor. Buttar said such organizing could blow wind back into the labor movement's sails, which have been tattered for decades.

"If we can seize this opportunity to envision and claim a different future, the instability of this moment is a fertile time to plant these seeds," Buttar said.