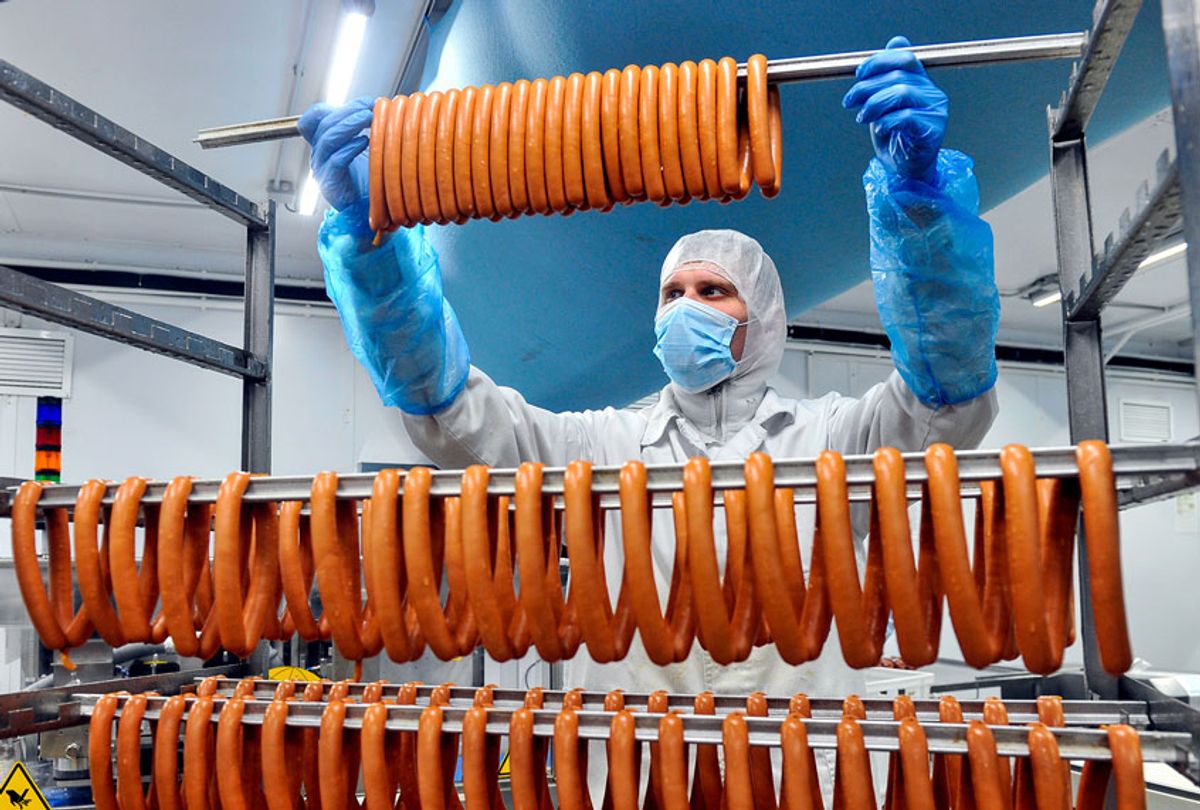 On April 26, a blog post written by John Tyson, chairman of Tyson Foods, caused a flurry of headlines that speculated a meat shortage was on the horizon due to stay-at-home orders across the country to flatten the curve.

"As pork, beef and chicken plants are being forced to close, even for short periods of time, millions of pounds of meat will disappear from the supply chain," Tyson wrote. "As a result, there will be limited supply of our products available in grocery stores until we are able to reopen our facilities that are currently closed."

Two days later, an April 28 executive order by the Trump administration — by way of Trump invoking the Defense Production Act (DPA) — encouraged meat plants to reopen. Nearly a month later, and more than half of the 30 meat processing plants that were closed have reopened. Yet all has not gone well: according to a Washington Post analysis, the number of coronaviruses cases among Tyson workers has gone from under 1,600 a month ago to more than 7,000.

This scenario highlights the potentially fatal cost of reopening the economy, and emphasizes how difficult it will be to go back to "normal" at busy workplaces like these. According to the Washington Post, Tyson has taken steps to protect workers: on-site medical clinics, temperature checks before shifts, required the use of face coverings — but employees are still being infected. Data from the nonprofit group Food & Environment Reporting Network (FERN) shows that reported COVID-19 cases among meatpacking, food-processing, and farmworkers from April 22 to May 19, 2020, were on a steady incline.

One example The Times highlighted:

The emails also reveal the deference some county officials have shown toward the giant meatpacking companies and how little power they have in pushing the companies to stem outbreaks.

'Bad news spreads way faster than the truth," said a county health official in Colorado of an outbreak at a Cargill plant, according to notes from a conference call last month. "At this point, we are not doing anything to cast them in a bad light. Will not throw them to the Press."

Transparency issues are one of many issues on the radar of the United Food & Commercial Workers union, which represents many meatpacking factory workers.

"When a plant hits several hundred cases, they get more tight-lipped, and that makes it difficult for workers to protect themselves and their families,'' Eric Reeder, president of the United Food & Commercial Workers union local 293 in Nebraska, told the The New York Times.

Indeed, over the last month there have been multiple reports of fearful workers. After Trump's April Executive Order was given, one worker at a Georgia Tyson plant told The Guardian she was "devastated."

"Because now, to be truthful – and excuse my language – Tyson really aren't going to give a f--k about us at all," she said. "For us employees that work in production, we are treated like modern-day slaves."

Tyson Foods has been announcing updates in piecemeal news releases about testing results at specific plants. Most recently, the company stated in its latest release that of the 1,282 workers and contractors tested who work at a poultry facility in Temperanceville, Virginia, 257 tested positive. The company said a majority of those who did test positive did not show any symptoms. According to the release, Tyson has "increased short-term disability coverage to 90% of normal pay until June 30 to encourage team members to stay home when they are sick."

"At Tyson, our team members come first, and we are focused on ensuring they feel safe and secure when they come to work," Tom Brower, Senior Vice President of Health and Safety for Tyson Foods said in a statement. "We are working closely with local health departments and using the latest information and resources to protect our team members, their families and our communities."