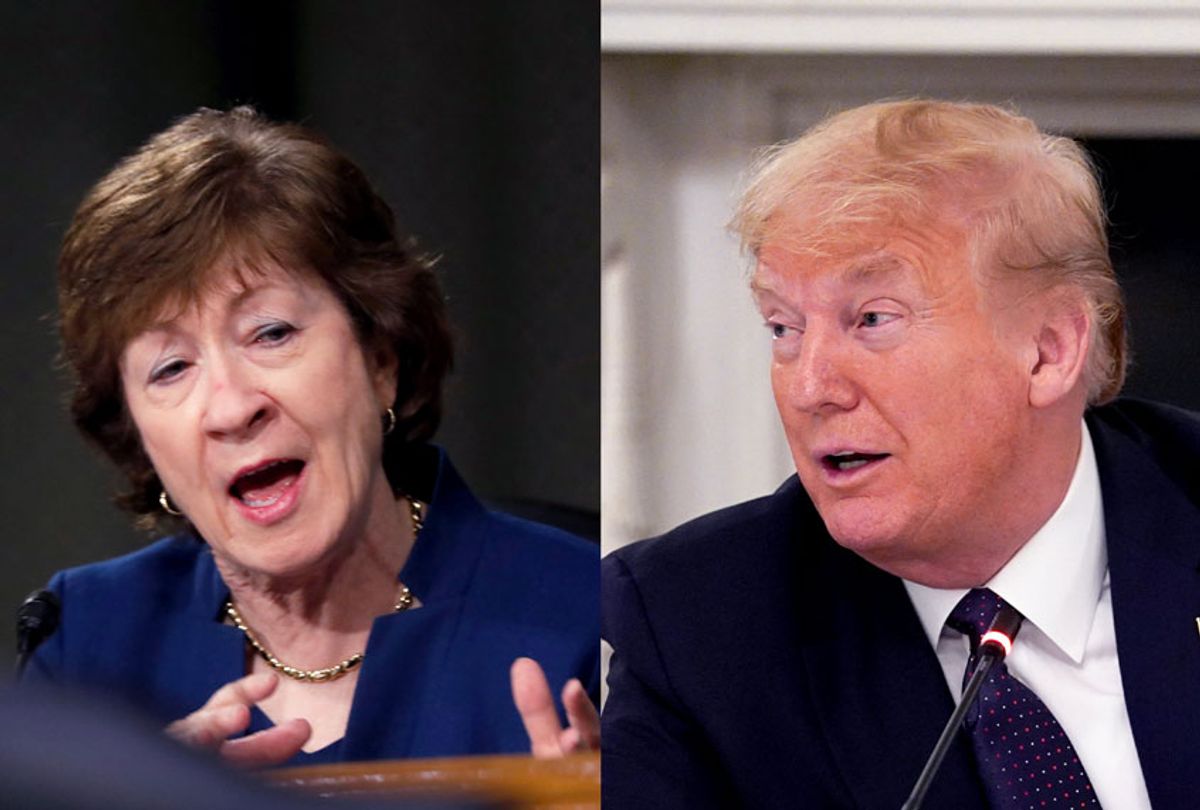 Conducted by nonpartisan Victory Geek, the poll had voters consider Collins versus Gideon and Betsy Sweet, an activist and political organizer also seeking the Democratic nomination for the Senate race in the July 14 primary. A third Democratic candidate, attorney Bre Kidman, was not included in the survey.

Collins, a self-described "centrist" who was re-elected in 2014 with 68.5% of the vote, has seen her popularity plummet during Donald Trump's presidency, particularly since her decisive vote in October 2018 to confirm U.S. Supreme Court Justice Brett Kavanaugh after he was accused of sexual assault. That decision provoked protests in Maine and a national effort to unseat Collins.

In a January Morning Consult poll, Collins displaced Senate Majority Leader Mitch McConnell (R-Ky.) as the nation's least popular senator, with a disapproval rating of 52% in Maine. The Hill reported at the time that "Collins' net approval rating has dropped 10 points in Maine since the end of September, a sign of the intense fire she has taken from critics since the House launched its impeachment inquiry."

Criticism over her votes and positions that align with Trump and McConnell's agenda has prompted national media coverage questioning Collins' future in the U.S. Senate. As Politico reported earlier this month:

Dan Shea, author of the most recent Colby College poll, says Collins' case for independence wasn't helped by her vote to acquit Trump at his impeachment trial in February. Nor was her assertion that the president "had learned his lesson" from the ordeal (a day after she made that statement, Trump told reporters, not the for the first time, his conduct was "perfect"). Nor was her refusal to answer questions about whether she voted for Trump in the Republican primary in March.

"Every decision she makes seems to align her more closely with the Donald Trump and Mitch McConnell movement," Shea says. "Here in Maine, that's become the anvil around her neck."

"A member of Congress is expected to make up her mind about what is in the best interest of her constituents. Again and again, during Trump's presidency, Collins has shown she's not willing to do that," Sittenfeld said. "We have an extreme and radical president who has so little interest in what is good for places like Maine. We need a champion who will stand up to him."