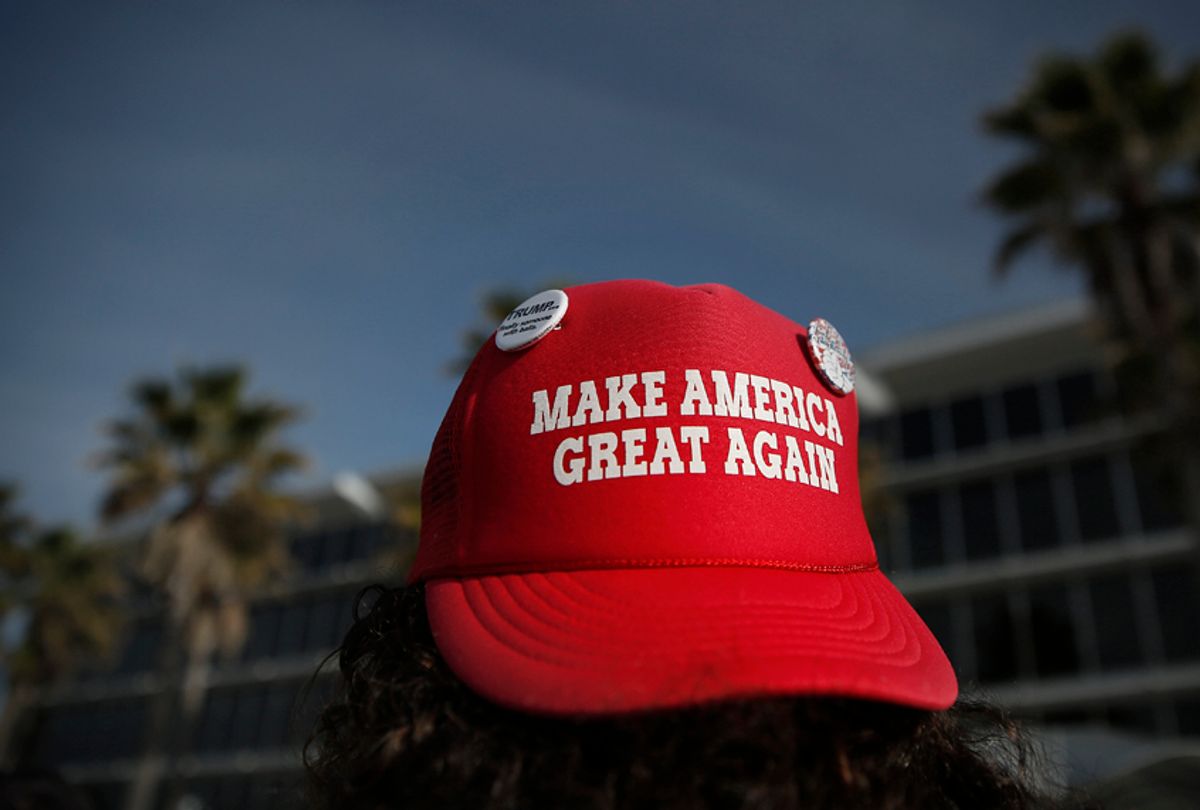 On his way to Florida to witness the SpaceX launch, Donald Trump stopped to talk to reporters where he dismissed a question about the intent of a Saturday morning tweet taken by many to encourage his followers to show up outside the White House on Saturday night and confront George Floyd protesters.

Earlier in the day, the president tweeted, "The professionally managed so-called 'protesters' at the White House had little to do with the memory of George Floyd. They were just there to cause trouble. The @SecretService handled them easily. Tonight, I understand, is MAGA NIGHT AT THE WHITE HOUSE???"

That led to confusion on Twitter which led to the afternoon question.

"Mr. President, are you — with your week today, are you concerned you might be stoking more racial violence?" the president was asked.

"No, not at all," the president replied. "MAGA is 'Make America Great Again.' I have no idea if they were going to be here but I was just asking — I have no idea."

"MAGA is 'Make America Great Again'" he repeated. "By the way, they love African-American people. They love black people. MAGA loves the black people. I heard that MAGA wanted to be there. A lot of MAGA was going there be there. I have no idea if that's true or not but they love our country."