Democratic congressman on Black Lives Matter protests: "If I didn't have a primary I wouldn't care"

Clamoring for mic at BLM event, Rep. Eliot Engel made the comments during a rare appearance in the Bronx 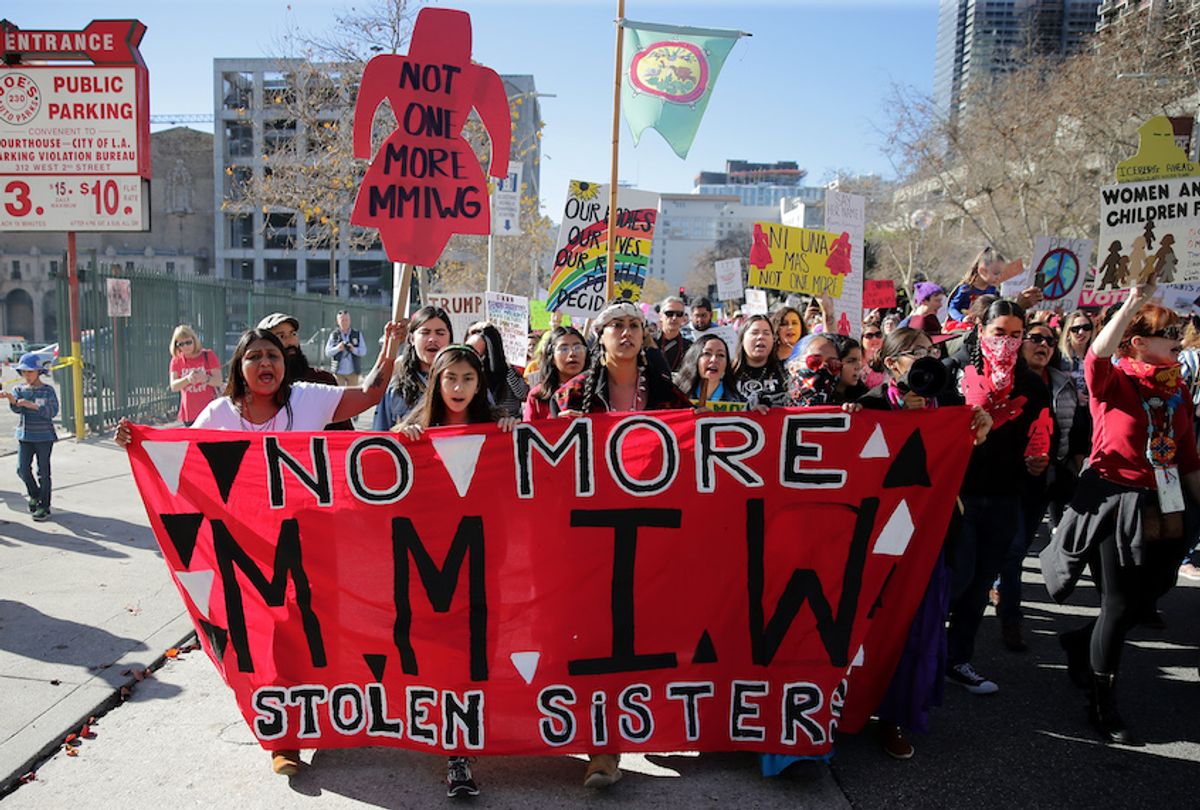 LOS ANGELES, CALIFORNIA - JANUARY 19: Activists march for missing and murdered Indigenous women at the Women's March California 2019 on January 19, 2019 in Los Angeles, California. Demonstrations are slated to take place in cities across the country in the third annual event aimed to highlight social change and celebrate women's rights around the world. (Photo by Sarah Morris/Getty Images) (Sarah Morris/Getty Images)
--

Progressives called on Rep. Eliot Engel to end his re-election bid after a viral video Tuesday afternoon showed the 16-term congressman saying he only wanted to speak to his constituents about the racial justice protests happening all over the country because he has a primary challenger this year.

The congressman made the comments during a rare appearance in the Bronx at a press conference regarding the protest movement that has spread across the country in the past week. Engel has drawn criticism during the election for living full-time in Maryland while representing New York's 16th district, which includes the northern Bronx and southern Westchester County, and for not returning to the districtduring the coronavirus pandemic.

Bronx Borough President Ruben Diaz, who led the event, told Engel there wouldn't be time for him to give an unplanned address to the crowd because of the number of elected officials who showed up.

"If I didn't have a primary I wouldn't care," Engel said.

With New York's primary election coming up on June 23, Engel's remaining challenger is educator Jamaal Bowman, a progressive who has won endorsements from Justice Democrats and the Working Families Party by pledging to fight for Medicare for All, a Green New Deal, and "jobs and education, not bombs and incarceration."

On Monday, a second challenger, Andom Ghebreghiorgis, suspended his campaign and threw his support behind Bowman. An early poll taken last fall by Data for Progress showed 29% of respondents backing Engel versus 10% who said they would support Bowman—"a relatively slim lead for such an entrenched incumbent," wrote Akela Lacy at The Intercept. The survey also showed half of registered Democrats in the 16th district "were not sure how to describe Engel's political viewpoint."

Bowman on Tuesday described Engel's acknowledgement that he wanted to engage with constituents on Tuesday only in light of his upcoming election as "so incredibly painful."

"We need to be taking care of our  communities right now—whether it's election season or not," tweeted Bowman.

"I appreciate Congressman Engel's honesty," said Bowman's campaign manager, Luke Hayes, in a press statement. "Frankly, we couldn't have made the case more clearly ourselves that after 31 years, it's time for change."

Journalist Jeremy Scahill wrote on social media that the most effective way for Engel to show leadership would be to drop out of the race and endorse Bowman.

"He's scared of Jamaal Bowman and he should be," Scahill added.

Other progressive leaders said Engel's remark demonstrated why he is unfit to represent the 16th district.

Engel is scheduled to face Bowman in a debate Tuesday evening.