“You sound like a big liar!” Giuliani retorted to the former "Celebrity Apprentice" star 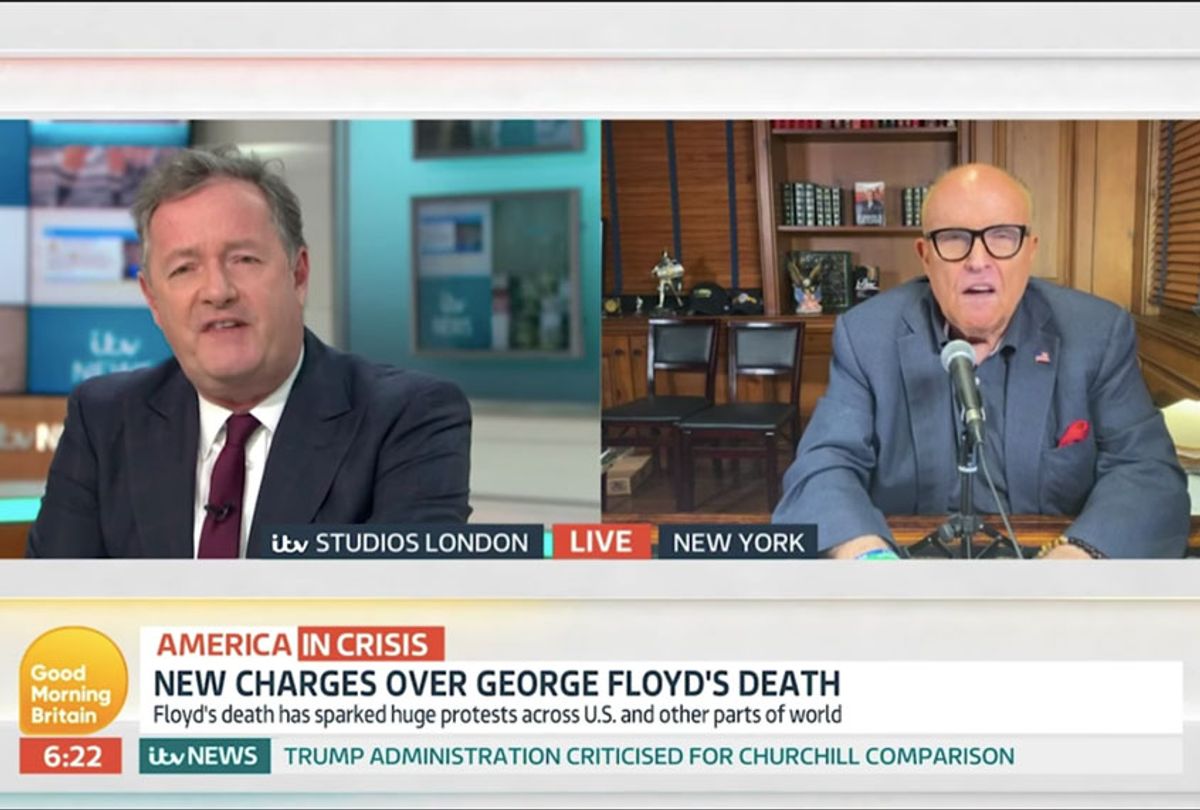 Trump attorney Rudy Giuliani went completely off the rails during an interview with British journalist Piers Morgan on Thursday after Morgan confronted the former New York mayor about some of President Donald Trump's inflammatory tweets.

During the interview, Morgan demanded to know why it was acceptable for Trump to send out a tweet that promoted the shooting of looters.

Giuliani insisted that the media had taken Trump's tweet out of context, and Morgan responded by calling that assertion "total claptrap."

"You keep saying that it's the left-wing media that has somehow misquoted Donald Trump," Morgan said. "The president of the United States' job, when this kind of thing happens, is to keep temperatures down, not to put fuel on the fire. For the president of the United States to tweet that 'when the looting starts, the shooting starts,' directly quoting a racist police chief . . . who used dogs and guns on black people."

Giuliani then tried to argue that Trump was simply too ignorant to know the origins of the quote — and then started yelling about the media.

"It is disgusting that you people have become political propagandists!" he fumed. "You gave up being journalists years ago!"

"I've known Donald Trump 13 years," replied Morgan, who at one point was a contestant on "Celebrity Apprentice" and who was supportive of his 2016 presidential campaign. "I've been very fair-minded about him, I've interviewed him many, many, many times."

"I quoted him from his own tweet, what are you talking about?" said Morgan.

After listening to Giuliani rant more, Morgan interrupted him and said, "You sound completely barking mad."

"No I don't!" Giuliani countered. "You sound like a big liar!"