"No way to find a bright spot": Fox News poll has Martha McSally down 13% in must-win state for GOP

The further into the poll you go, the worse it looks — for McSally, as well as for Trump and the Republican Party 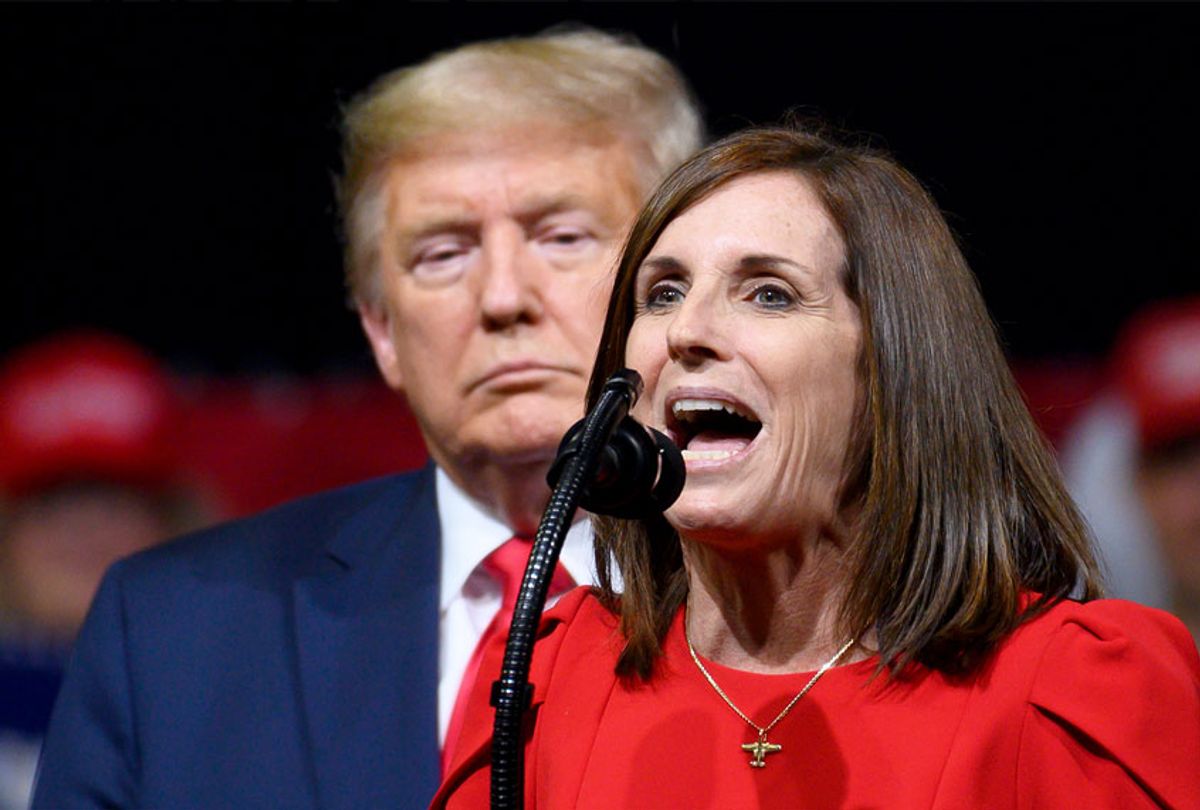 The GOP's chances in Arizona have not looked this bad in years.

Further, McSally's problems appear to come from within her own party. While Kelly enjoys the support of nearly 90% of Democrats, only 73% of Arizona Republicans back McSally.

Trump himself did not perform well in the same survey, getting edged out 46% to 42% by presumptive Democratic nominee Joe Biden, with 5% of voters undecided. (The poll has a 3.5 percent margin of error.)

The further into the poll you go, the worse it looks — for McSally, as well as for Trump and the Republican Party in general.

The Fox poll has Kelly up in nearly every category except for respondents who identify as conservatives, white evangelicals and white voters over 45. (Kelly takes white voters generally — by 8 points.)

That means Kelly wins among women (+15), men (+12), non-white voters (+33) and Latino voters (+39). His lead is regionally agnostic, with McSally down in cities, suburbs and rural areas alike.

Arizona moderates overwhelmingly back Kelly, 56-22, as do independent voters, who put him 15 points over McSally, 42-27.

And in a stat that might have sent a chill down the spine of Senate Majority Leader Mitch McConnell, R-KY. — who reportedly sent strategist Karl Rove to the White House last month in an effort to wake Trump up to the re-election crisis facing the Senate — a full 13% of Republicans say they will split the ticket, voting Trump but bailing on McSally.

A localized poll taken immediately after those ads dropped showed McSally down nearly 20 points in the state's most populous county: Maricopa.

"McSally is doing terribly," pollster Mike Noble told AZCentral after that poll. "There's no way to find a bright spot on that one."

That county was a Republican stronghold until 2018, when moderate Democrat Kyrsten Sinema beat McSally among GOP voters. Despite the loss, McSally still became a senator after Arizona Gov. Doug Ducey appointed her to replace outgoing Republican Sen. Jon Kyl, who himself had been appointed to fill the seat left open by John McCain upon his death in 2018.

McSally is the only senator in U.S. history to lose her election bid but still get a Senate seat.

Kelly's numbers have held steady this spring, knocking down McSally's brief surge after she insulted the veteran congressional reporter Manu Raju in January. This is the third straight week McSally was down by double digits.

Republicans alone had represented the state of Arizona in the Senate since 1995, and on the heels of Sinema's 2018 upset, it seems possible that Democrats could recover both seats within two years.

This is the reason the Senate Leadership Fund, a dark-money group affiliated with McConnell and Rove, said it planned to spend $9.2 million on the Arizona seat. However, it will hold off on ads until the fall.

The recent Fox News poll, taken between May 30 and June 2 amid the nationwide civil turmoil over police violence and racial injustice, suggests that the coronavirus pandemic could have a major impact.

While 59% of voters say they "normally" vote by mail or cast an absentee ballot, 66% of them plan to vote that way in November.

Additionally, people who wear facial coverings to guard against the coronavirus have a 31% higher approval rating than Trump — who does not wear a facial covering — at 75% to 44%. Trump refused to wear a mask in public when he visited the state in early May.

Only 1% of Arizona voters say they would not cast a ballot if the election were held today.