Robert Reich: Trump’s presidency is over 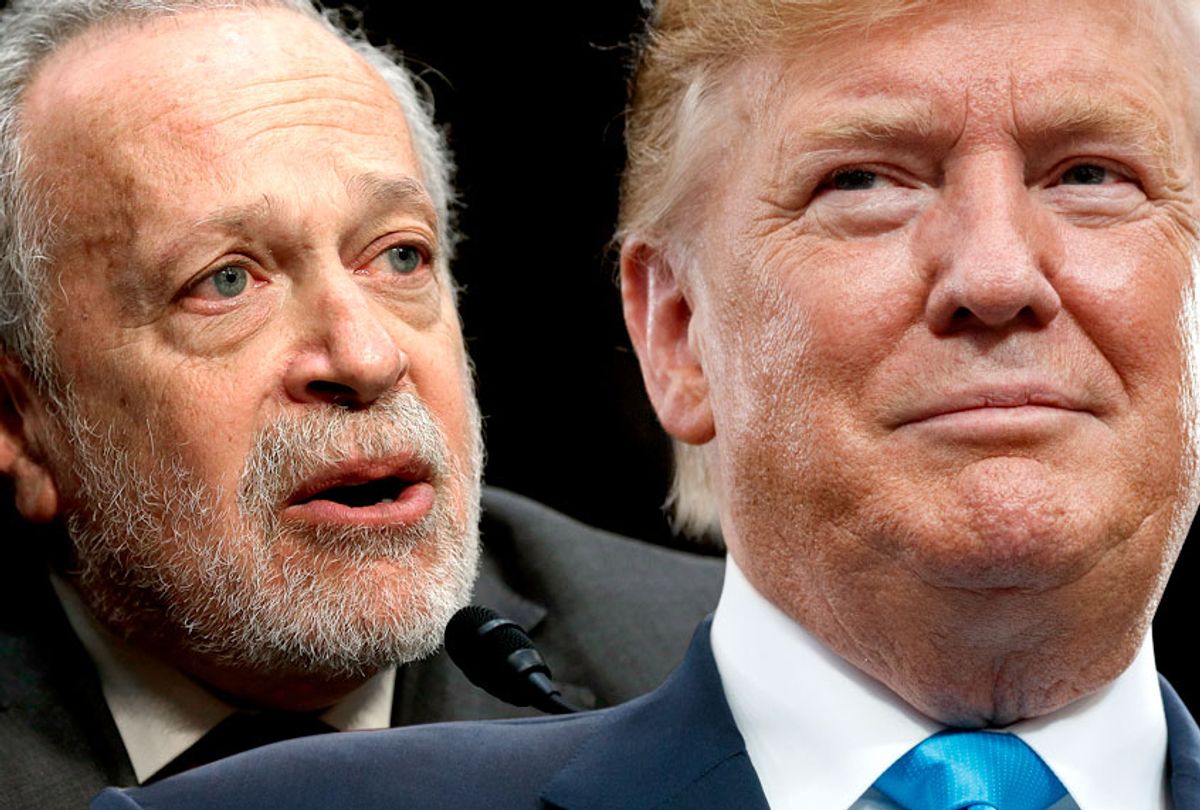 You'd be forgiven if you hadn't noticed. His verbal bombshells are louder than ever, but Donald J. Trump is no longer president of the United States.

By having no constructive response to any of the monumental crises now convulsing America, Trump has abdicated his office.

He is not governing. He's golfing, watching cable TV, and tweeting.

How has Trump responded to the widespread unrest following the murder in Minneapolis of George Floyd, a black man who died after a white police officer knelt on his neck for nine minutes as he was handcuffed on the ground?

He has incited more police violence. Trump called the protesters "thugs" and threatened to have them shot. "When the looting starts, the shooting starts," he tweeted, parroting a former Miami police chief whose words spurred race riots in the late 1960s.

The following day he encouraged more police violence, gloating about "the most vicious dogs, and most ominous weapons" awaiting protesters outside the White House, should they ever break through Secret Service lines. On Sunday he again resorted to incendiary tweets, instructing "Democrat Mayors and Governors" to "get tough" on the "ANARCHISTS."

Trump's response to George Floyd's murder has debased the presidency and squandered whatever moral authority remained.

Trump's response to the last three ghastly months of mounting disease and death has been just as heedless. Since claiming Covid-19 was a "Democratic hoax" and muzzling public health officials, he has punted management of the coronavirus to the states.

Governors have had to find ventilators to keep patients alive and protective equipment for hospital and other essential workers who lack it, often bidding against each other. They have had to decide how, when, and where to reopen their economies.

Trump is also AWOL in the worst economic crisis since the Great Depression.

More than 41 million Americans are jobless. In the coming weeks temporary eviction moratoriums are set to end in half of the states. One-fifth of Americans missed rent payments this month. Extra unemployment benefits are set to expire at the end of July.

What is Trump's response? Like Herbert Hoover, who in 1930 said "the worst is behind us" as thousands starved, Trump says the economy will improve and does nothing about the growing hardship. The Democratic-led House passed a $3 trillion relief package on May 15. Mitch McConnell has recessed the Senate without taking action and Trump calls the bill dead on arrival.

What about other pressing issues a real president would be addressing? The House has passed nearly 400 bills this term, including measures to reduce climate change, enhance election security, require background checks on gun sales, reauthorize the Violence Against Women Act and reform campaign finance. All are languishing in McConnell's inbox. Trump doesn't seem to be aware of any of them.

There is nothing inherently wrong with golfing, watching television and tweeting. But if that's pretty much all that a president does when the nation is engulfed in crises, he is not a president.

Trump's tweets are no substitute for governing. They are mostly about getting even.

When he's not fomenting violence against black protesters, he's accusing a media personality of committing murder, retweeting slurs about a black female politician's weight and the House speaker's looks, conjuring up conspiracies against himself supposedly organized by Hillary Clinton and Barack Obama, and encouraging his followers to "liberate" their states from lockdown restrictions.

He tweets bogus threats that he has no power to carry out – withholding funds from states that expand absentee voting, "overruling" governors who don't allow places of worship to reopen "right away," designating anti-fascism activists as terrorists, and punishing Twitter for fact-checking him.

And he lies incessantly.

In reality, Donald Trump does not run the government of the United States. He doesn't manage anything. He doesn't organize anyone. He doesn't administer or oversee or supervise. He doesn't read memos. He hates meetings. He has no patience for briefings. His White House is in perpetual chaos.

His advisors aren't truth-tellers. They're toadies, lackeys, sycophants and relatives.

Since moving into the Oval Office in January 2017, Trump hasn't shown an ounce of interest in governing. He obsesses only about himself.

But it has taken the present set of crises to reveal the depths of his self-absorbed abdication – his utter contempt for his job, his total repudiation of his office.

Trump's nonfeasance goes far beyond an absence of leadership or inattention to traditional norms and roles. In a time of national trauma, he has relinquished the core duties and responsibilities of the presidency.

He is no longer president. The sooner we stop treating him as if he were, the better.