McCain demanded a "yes or no" answer from Harris, but the senator said it isn't that simple 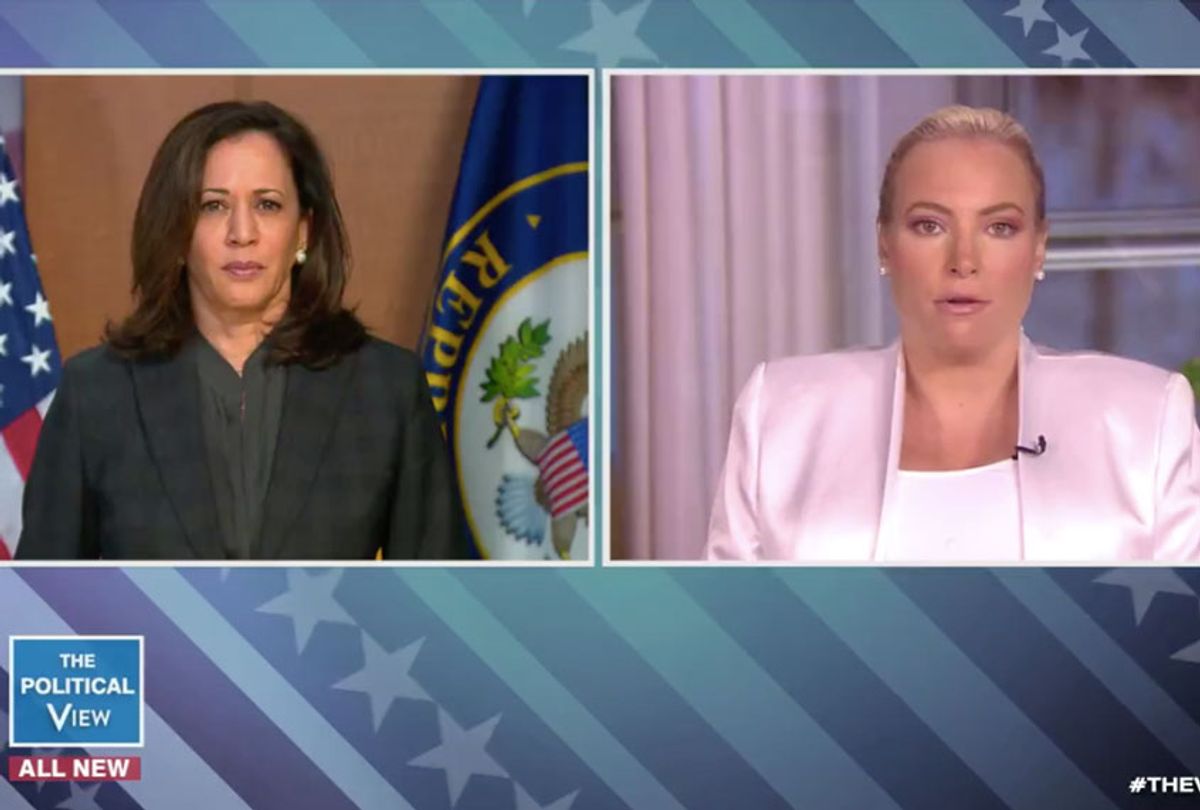 Sen. Kamala Harris (D-CA) clashed with Meghan McCain on "The View" Monday about the movement by protesters to "defund" police departments. McCain demanded a "yes or no" answer from Harris, but the senator said it isn't that simple.

"What do you mean by defunding?" she asked.

Harris said that her understanding of the slogan is that it isn't about abolishing police and moving to an anarchy system; it's about "reimagining public safety."

"So, Meghan, I think that a big part of this conversation really is about reimagining how we do public safety in America which I support which is this: we have confused the idea that to achieve safety, you put more cops on the street instead of understanding to achieve safe and healthy communities," said Harris.

She explained with putting funds into drug treatment, mental health programs, social workers, education, and other programs are needed to pull police away from dealing with complicated situations.

"That's how you achieve safe and healthy communities," Harris continued. "So, we really need to understand and reimagine what and how we can actually make and help make communities safe because here's the bottom line. If you contrast, you know, many communities, which have a heavy presence of police to middle and upper-middle-class suburbs in America, you will not see that presence of police. But, you will see families who have an income that allows them to get through the end of the month. You will see good public schools. You will see people who have access to health care and can afford it. You will see people who have jobs, and to this has to be the conversation which is, how are we going to be smart in achieving what should be our collective goal, which is that all communities are safe and knowing that safe communities are usually safe because they are healthy."

"That's how I think about this," Harris went on. "You know, in many cities in America, over one-third of their city budget goes to the police. So, we have to have this conversation, what are we doing? What about the money going to social services? What about the money going to helping people with job training? What about the mental health issues that communities are being plagued with for which we're putting no resources? And here's the other thing, When I talk to law enforcement, they know that they don't want to be, nor are they skilled to be the ones responding to ones with mental illness or substance abuse or the homeless population, but in many cities, that's what's happening because we are not directing those resources, those public resources to where they need to be which is addressing mental health, homelessness, substance abuse so that we don't have to have a police response because we are smarter."