Black Lives Matter: Where to donate your time, money, and resources to support racial justice

Protests are just the beginning. What's next? Here's a list to help you continue to make a difference 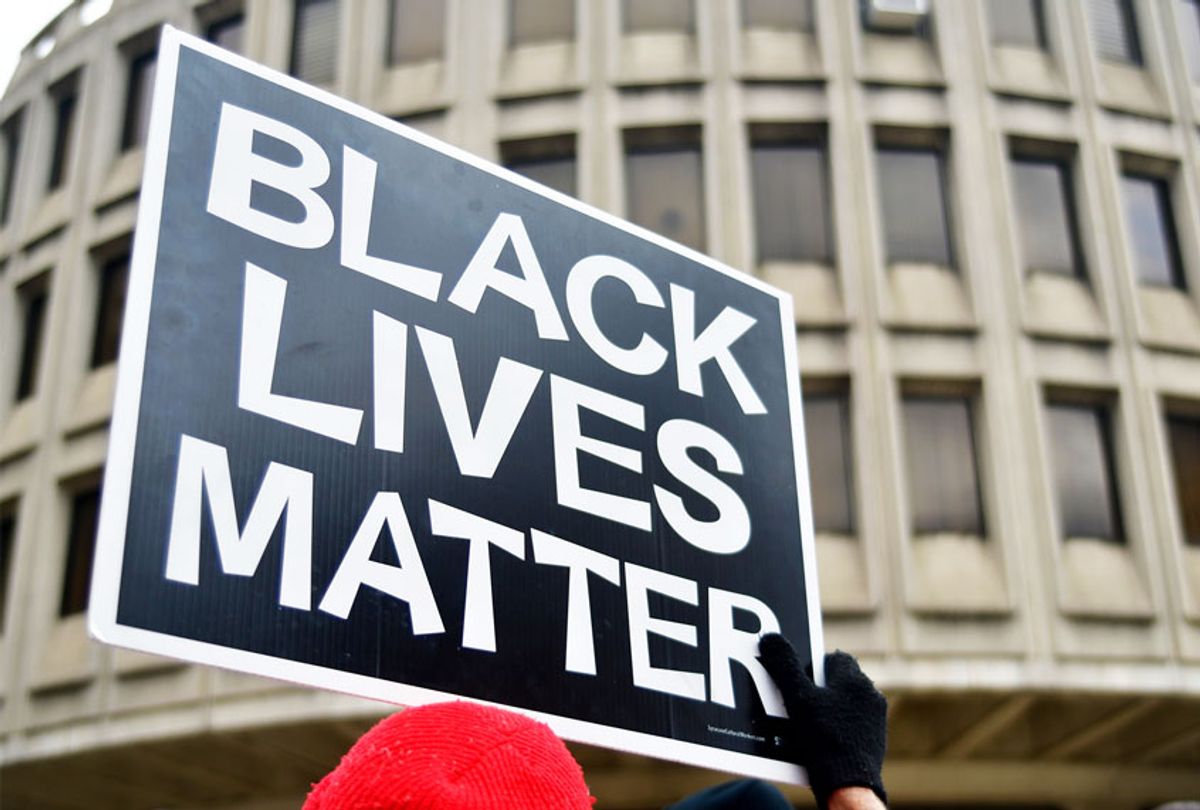 As protests surrounding the deaths of George Floyd, Breonna Taylor, Ahmaud Arbery and David McAtee continue across the country, we're seeing visible changes: statues of racists are being taken down (or chucked in rivers), Minneapolis has banned the use of choke holds, New Jersey's attorney general said the state will update its use-of-force guidelines for the first time in two decades, and in Washington, DC, gigantic letters spelling out "Black Lives Matter" has been painted on the promenade leading up to the White House.

"Social media has made it entirely too easy for lazy progressives to feel politically fashionable or better about their position on racial inequality by tossing up a thematically appropriate GIF or TikTok," she wrote. This doesn't further countrywide conversations about race and inequity, nor does it lead to any real progressive movement.

That said, protesting isn't the only way to lend your voice to these issues. Salon has compiled a list of ways to donate your time, money, and resources to organizations and initiatives to make a positive difference.

Donate to the Cause

If you have funds to spare, consider donating to organizations that have been doing social justice and equity work for decades — and are either led by or include a leadership team made of Black individuals. These include groups like the National Coalition on Black Civic Participation, The National Association for the Advancement of Colored People, The National Urban League, The National Civil Rights Museum and The Sentencing Project.

Help Protesters Who Have Been Arrested

According to the Associated Press, more than 10,000 people have been arrested in the recent protests in America, with Los Angeles having more than a quarter of the national arrests, followed by New York, Dallas, and Philadelphia.

Many of these protesters were taken in for nonviolent offenses, such as arrests for failure to disperse or curfew violations, but community-supported bail funds can help keep them out of jail. There are a number of national databases that are being updated in real time, like this Google doc, where you can donate funds to benefit those in your city or in the cities with the most arrests.

If you'd like to donate to funds in Minneapolis or Louisville — where Floyd and Taylor were respectively killed — consider the Minnesota Freedom Fund and the Louisville Community Bail Fund.

Show Your Support for Victims' Families

The families of Breonna Taylor, George Floyd, Ahmaud Arbery and David McAtee have all launched crowdfunding campaigns, the proceeds of which will go to both legal costs and continued living expenses.

Check with your city's Black Lives Matter branch or local mutual aid groups to see if they are collecting supplies for protesters and, if so, what they are in need of. Some of the most requested donations nationwide include bottled water, shelf-stable snacks, disposable masks, sunscreen, and first aid kits.

In addition to protesting in the streets, sending letters to your city and state representatives and signing petitions is another way to make your voice heard on issues of racial equity and justice. Take a look at Campaign Zero's policing reform legislative cartogram. There you can see if your state or city is considering any updated legislation on issues like limiting the use of police force, body camera footage requirements, and broken windows policing. If so, write a letter to your in state or city representative in support of or against the legislation.

If you find yourself a little stuck, check out Resistbot. It's an application manned by volunteers that helps  you put together wording for your letters. Using iMessage, text or Twitter DMs, you can send Resistbot your zip code and see what letters people in your community have been sending to their representatives through their service; once you have some ideas, you can message the bot with your name and state and it will deliver the letter you composed on your behalf.

There are also a number of petitions that you can sign online, including Justice for Breonna Taylor, National Action Against Police Brutality and Ban the Use of Rubber Bullets for Crowd Control.

Real change will not happen overnight. Electing more Black candidates to political office will have one of the more long-lasting effects on racial justice. Check out who is running in your state through directories like Black Women in Politics or by combing through databases Ballotpedia.

Next, check out Black Lives Matters' #WhatMatters2020. Per the organization, the initiative is meant to galvanize "BLM supporters and allies to the polls in the 2020 U.S Presidential Election to build collective power and ensure candidates are held accountable for the issues that systematically and disproportionately impact Black and under-served communities across the nation."

The campaign will be releasing videos about candidates and their backgrounds as a way to educate constituents. They will also focus on encouraging people of color — especially younger people — to register to vote.

Also, take a look at the work that the National Coalition of Black Civic Participation has been doing. It's a nonpartisan nonprofit dedicated to increasing civic engagement and voter participation in Black and underserved communities.

When you find a candidate to support, donate directly to their campaigns instead of the party. A recent report from The Center for Public Integrity found that white candidates receive a disproportionate amount of the millions of dollars their parties raise.