"Who does this protect?" Minnesota authorities admit officers slashed car tires during protests

"Medics over there. News crews. Random people that were just here to protest and — tires slashed" 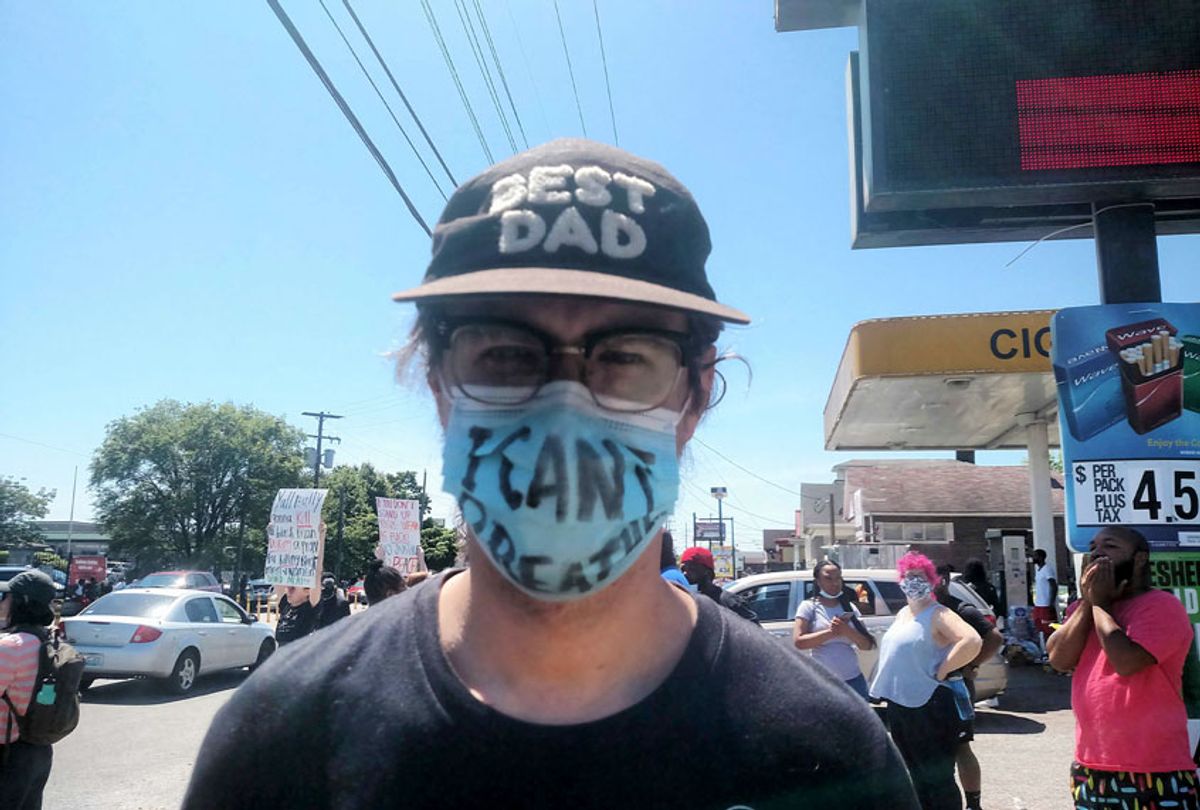 Protestor at the site of David Mcatee's death (Ashlie Stevens)
--

The Minnesota Department of Public Safety confirmed that the tactic was used after videos posted to social media showed officers dressed in military uniforms using knives to puncture the tires of idle vehicles as protests against police brutality and racial injustice erupted across Minneapolis.

Bruce Gordon, spokesperson for the Department of Public Safety, said in a statement that "state patrol troopers strategically deflated tires" in an effort to "stop behaviors such as vehicles driving dangerously and at high speeds in and around protesters and law enforcement."

Gordon said state patrol officers targeted cars that were carrying "items used to cause harm during violent protests," without providing any evidence that the cars contained such items.

Anoka County Sheriff's Lt. Andy Knotz acknowledged Monday that Minneapolis police officers joined the state patrol troopers in slashing the tires of parked cars. Knotz said the officers were following orders from the state Multi-Agency Command Center. As Common Dreams reported Sunday, a veto-proof majority of Minneapolis City Council members have committed to disband the Minneapolis Police Department over its conduct in recent years, including the killing of Floyd on May 25.

New York reporter Luke Mogelson, whose rental car tires were slashed as he covered a May 31 protest in Minneapolis, told Mother Jones that officers "were laughing" and "had grins on their faces" as they told him his tires were punctured.

Documentary producer Andrew Kimmel returned to a K-Mart parking lot in Minneapolis on May 31 to find that police had slashed all four of the tires of his rental car as he covered protests in the city.

"They've also slashed every other car," Kimmel said in a video posted on Twitter. "Every car that's parked here has their tires slashed. Every single car. Unbelievable."

In an interview in the K-Mart parking lot later that same morning, a tow truck driver told Kimmel that he was "so busy" towing cars that had their tires slashed.

"Medics over there. News crews. Random people that were just here to protest and — tires slashed," the driver said. "It's unbelievable."