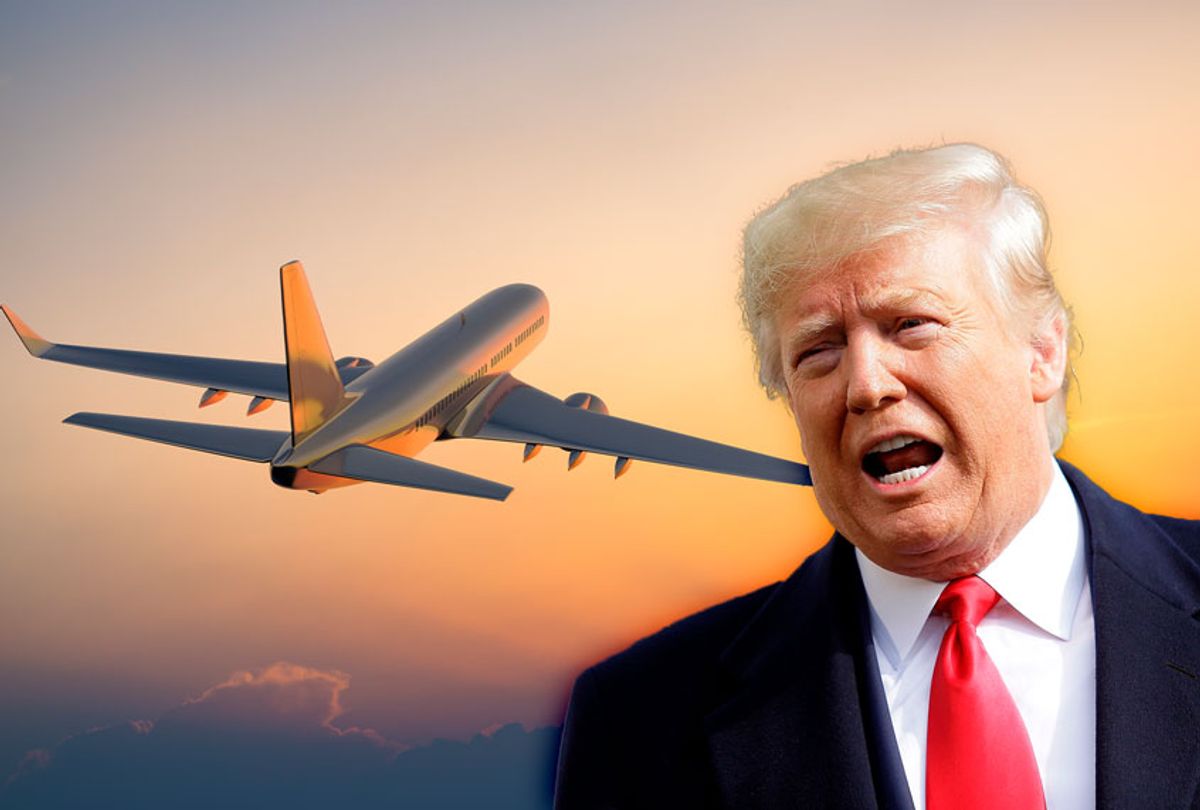 This article previously included an incorrect link to lobbying expenditure data by the NBAA. It has been updated with a statement from the organization.

Private jet companies have received hundreds of millions in bailout funds under the coronavirus relief bill approved by Congress earlier this year, according to a watchdog group.

The Treasury Department has doled out nearly $300 million in bailout funds to 70 private jet companies, according to TrumpBailouts, a website launched by the progressive watchdog Accountable.US to track the recipients of the funds.

Some of these companies have ties to President Donald Trump himself.

Clay Lacy Aviation, a company founded by a major Trump and Republican Party donor, received $27 million in bailout funds, CNBC reported in April. Since that time, TrumpBailouts has identified another six private jet companies with ties to Trump donors that got bailouts, bringing the total to around $55 million for those seven firms.

The bailouts to private jet companies, which are primarily used by the ultra-rich, come as Trump fights efforts by Congress to provide any meaningful oversight over the Treasury Department's distribution of the funds. They also come as the administration fights to block an extension of federal unemployment benefits to tens of millions of laid-off workers and other relief programs approved in the $3 trillion Democratic-led House relief bill approved last month. [Disclosure: Salon received a Paycheck Protection Program (PPP) loan to keep our staff and independent journalism at 100%.]

"President Trump keeps bailing out private jet companies who have helped him financially while opposing additional help for workers struggling to pay rent and feed their families," Kyle Herrig, president of Accountable.US, told Salon. "It is long past time for the administration to prioritize help for average Americans and small businesses who need it most rather than luxury industries that are already flying high."

Among the companies that received bailout funds were Cirrus Aviation, which bills itself as "by far the largest private jet charter operator in Las Vegas," previously partnered with Trump's Las Vegas hotel to provide private jets for a $620,000 engagement package described by Forbes as "for the billionaire who has everything, except a spouse."

The company received nearly $1.9 million in bailout funds despite reports that the coronavirus has boosted the private jet industry. The bailout came after the company celebrated its tax cut in a blog post last year and predicted that "the market for private jets is about to explode even further."

Mayo Aviation, which chartered the controversial flights that led to the resignation of former EPA Administrator Scott Pruitt, received more than $3 million in relief funds.

Presidential Aviation, which was paid more than $44,000 for a private air charter for former Health and Human Services Secretary Tom Price, also received nearly $3 million in bailout funds from the Treasury Department.

Along with the bailout for Clay Lacy Aviation, at least one other private jet company got a $20 million bailout.

No other top 10 private jet company received federal grants or bailouts, according to the report. "The average grant amount for the 70 private jet companies to receive aid was $2.2 million, about a tenth of what Jet Linx and Clay Lacy each received," it read.

Pegasus Elite Aviation, whose co-founder Timothy Prero gave over $11,000 to the Trump campaign and pro-Trump super PACs, received more than $3.6 million in bailout funds, according to TrumpBailouts.

Channel Islands Aviation, whose senior executive Richard Skorpen has given about $3,000 to back Trump and the Republican National Committee, received more than $1 million in bailout funds.

The Treasury Department has denied any favorable treatment to Trump donors.

"The standard for determining air carrier eligibility was set by Congress on a bipartisan basis and each applicant's eligibility is verified by the Department of Transportation before any funds are disbursed," a department spokesperson told CNBC earlier this year. "Political affiliation has absolutely no bearing on the Payroll Support Program, including applicant eligibility, the amount of assistance provided or use of funds."

The bill gave multiple types of aid to private jet companies. The firms were exempt from fuel taxes and a 7.5% tax charged to customers of private-jet charters and jet-card users until the end of the year. They were also made eligible to receive part of the $25 billion bailout set aside for the airline industry.

The companies received bailouts after the 2017 tax law signed by Trump sparked a market "frenzy" in the private jet industry. The law allowed executives to deduct 100% of their private jet travel from their taxes. The Trump administration also went to bat for the industry in Congress to oppose a bill that would have banned "unreasonable" airline fees.

The National Business Aviation Association, a lobbying firm for the industry, argued that Salon's reporting was one-sided.

"What is most troubling about the inaccuracies and mischaracterizations in this story is that they ignore the very real impact that the COVID-19 pandemic has had on the business aviation industry, and the legitimate need for assistance. Tens of thousands of workers have been laid off, sales of airplanes and avionics have been severely disrupted, and flights at many airports dipped by half or more," said Ed Bolen, the firm's president and CEO. "This aid has predominantly helped small businesses, which typically employ about 20 people or less on average, to keep workers on the job and reach far-off customers, plants and locations, especially in rural regions of the country, as well as to support critical services and humanitarian missions for communities, which is more important than ever in this COVID moment."

The private jet industry pushed for a bailout, comparing that their economic struggles "those experienced after the Sept. 11, 2001 terrorist attacks," according to the Washington Post.

"But demand for private flights is soaring," the outlet reported in March, noting that some companies saw 70% spikes in demand that month. Private aviation briefly fell to about 20% of its pre-coronavirus demand but has since bounced back strongly.

Dean Baker, the senior economist at the left-leaning Center for Economic Policy, told CNBC it was "absurd" that the government would bail these companies out.

"It's hard to imagine anything worse," he said. "Putting up public money to support an industry that serves the rich would be hard to justify. It's absurd."