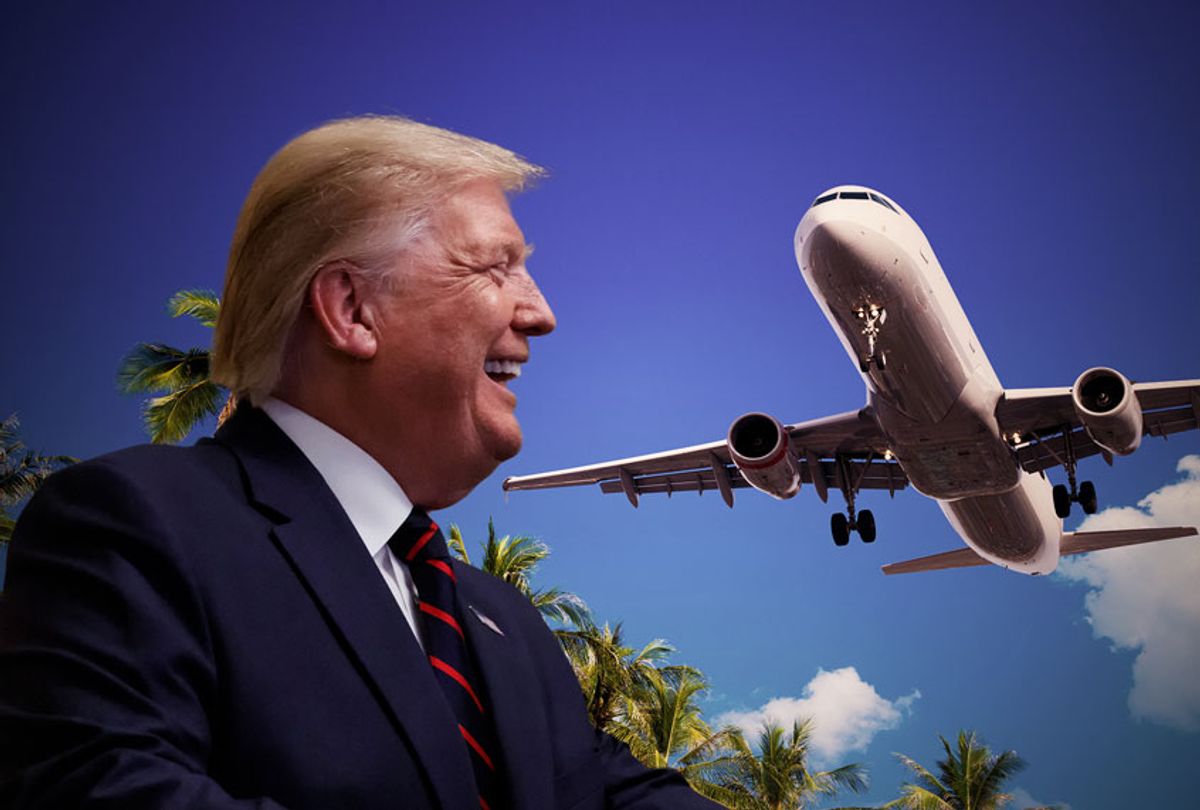 A private jet company founded by a major Republican donor received nearly $27 million in federal grants from a $2 trillion economic relief package intended to offset the blunt of coronavirus pandemic.

Its U.S. fleet reportedly numbers more than 100 business jets, worth more than $1 billion, and conducts charter operations in a number of locations including West Palm Beach, nearby Mar-a-Lago and Trump International Golf Club. The $27 million was a grant — and not a loan — so it does not have to be repaid.

The week after President Donald Trump accepted the Republican party nomination in July 2016, Clay Lacy Aviation donated $50,000 to Trump Victory, the joint fundraising vehicle shared between the Trump campaign and the Republican National Committee, according to FEC filings. Trump Victory transferred $2,700, the maximum amount, to the Trump campaign.

The funding directed to Clay Lacy falls under a federal program designed to "compensate aviation industry workers and preserve jobs." Its CARES grant appears to be the largest of any private jet company, according to CNBC. Nearly all of the other 96 aircraft companies that received government bailout money are either major commercial airlines, regional carriers or support companies.

The first recipients of corporate bailouts in the $2.2 trillion bill were big airlines that donated large sums to Donald Trump's re-election. As part of the deal, airlines agreed not to furlough employees or cut pay until the end of September, and the Treasury Department pushed for the airlines to pay back 30% of the money.

Clay Lacy, on the other hand, does not need to repay its grant. The company also benefited from the bill's 7.5% excise tax suspension for private jet flights, as well as from funding carveouts for private jet terminals and other aviation services.

"The entire country is hurting during this pandemic," Kyle Herrig, president of Accountable.US, a progressive group that first identified the grant and donations, said in a statement. "But the President decided to award a campaign donor with $27 million in free government money."

Almost immediately after the CARES Act passed, Trump removed the head of the coronavirus bailout oversight board, a group Democrats wrote into the act to oversee the disbursement of funds, ProPublica reported.

The bailout has been plagued by accusations of favoritism and corruption, such as a $72 million handout to oil and gas companies under the aegis of the small business loan program.

This was not the first time an airline came under fire over federal funding. After receiving a $5 billion bailout, the CEO of United Airlines urged workers to leave voluntarily or face layoffs and shorter hours, a move which likely violates stipulations in the CARES Act, lawmakers said.

United COO Greg Hart said in a leaked staff memo obtained by CNN that the company needed to "right size" its workforce.

"You may want to seriously consider if you're in a position to take a voluntary separation," he wrote. ". . . We recognize that this is painful news, but it provides what we believe is the most accurate assessment of what lies ahead for our company."

Clay Lacy Aviation did not immediately respond to Salon's request for comment.