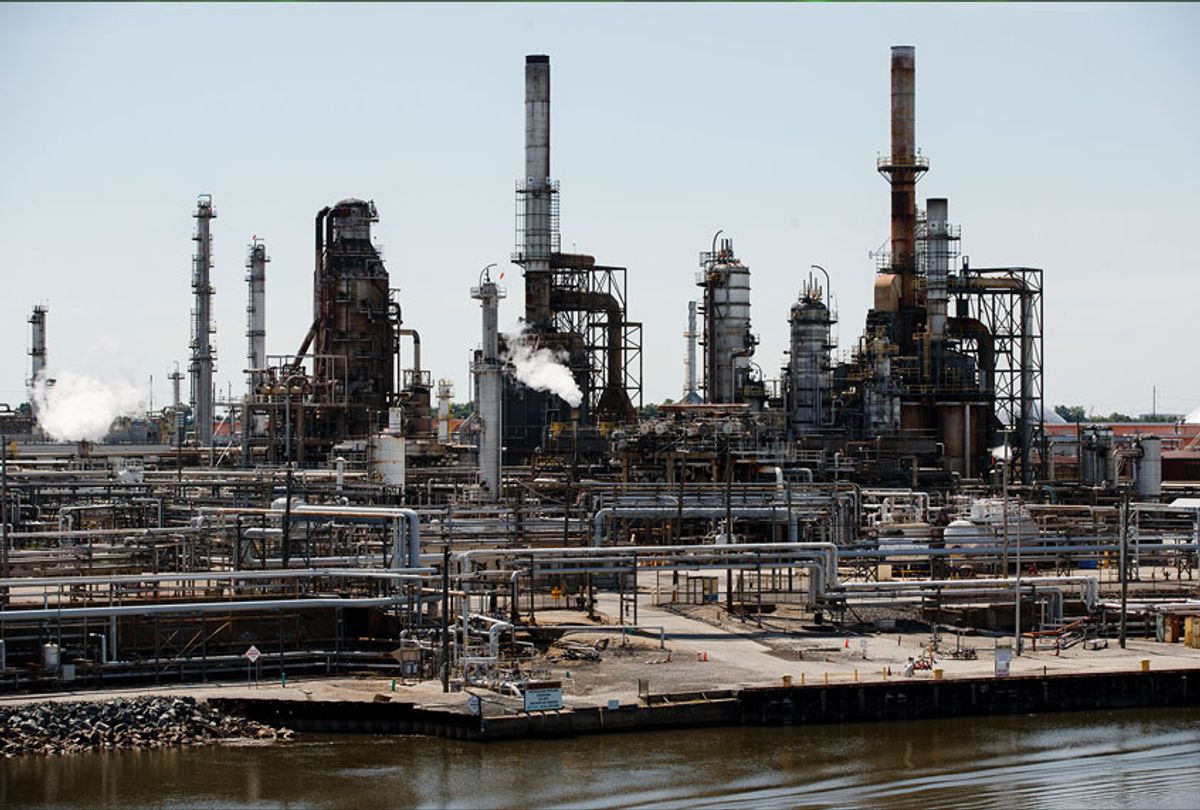 Large oil and gas companies are expected to receive at least $72 million from federal pandemic stimulus legislation, even though the money in question was intended to help small businesses.

The multimillion-dollar fossil fuel corporations in question have taken advantage of the Small Business Association's Paycheck Protection Program (PPP), according to a report by Vice. While Treasury Secretary Steven Mnuchin has previously said that large corporations could face "criminal liability" if they draw from stimulus funds by misstating their needs, at least 16 fuel transporters, oil technology firms and service providers have taken out money, even though most of them are valued at over $10 million on the stock market.

Many Democrats were determined not to allow Big Oil to benefit from the economic shutdown and successfully pushed  for the creation of a special inspector general for Pandemic Recovery. Yet President Donald Trump has worked to disempower inspectors general who could oversee the distribution of PPP funds, including removing the Defense Department's acting inspector general, Glenn Fine, last month.

"I think we have seen time and again that large private industries have leveraged their lobbying dollars and their access to the administration to gain benefits," Donald K. Sherman, deputy director of Citizens for Responsibility and Ethics in Washington, told Salon on Monday. "It's up to Congress to determine, and it's up to the independent watchdogs to determine, whether these companies' receipt of PPP dollars for the Coronavirus is meeting the purpose of the statute that Congress passing that precedent signed into law."

"What's problematic is that the president at every turn has taken steps to undermine independent oversight," Sherman continued. "That is a not insignificant challenge for the IGs [inspectors general] and for the congressional committees that are looking into this."

He added, after Salon asked him about Fine's dismissal, that "this is exactly why oversight is necessary. In a crisis when there's these stimulus dollars they need to go out of the door quickly. But that's why strong oversight measures need to be in place. And the president routinely seems not just indifferent to oversight, but is openly hostile and taking steps to undermine oversight at that every step of the way."

"Congress needs to take steps to bolster both the inspector general community and its own authority to conduct independent oversight over where this money is being spent and who is receiving it, and whether the recipients are meeting the purpose that Congress intended with the statute," Sherman concluded

One Democratic congresswoman, Rep. Nanette Barragán of California, expressed outrage when speaking to Vice News about oil and gas companies being able to exploit the fund.

"The PPP is about helping small businesses — mom-and-pop type Main Street stores — struggling to make it through the COVID-19 public health crisis," she said. "It was never intended to make it easier for giant fossil fuel corporations to drive us closer to climate catastrophe."

Sen. Elizabeth Warren, a Democrat from Massachusetts, expressed a similar thought to Vice News regarding the potential misuse of PPP funds.

"The SBA Inspector General indicated to us that they will conduct the investigation we requested on waste, fraud, and abuse in the program," Warren said. "These loans should be reviewed as part of that investigation."