"Avatar: The Last Airbender" remains one of the purest portrayals of fighting fascism on modern TV 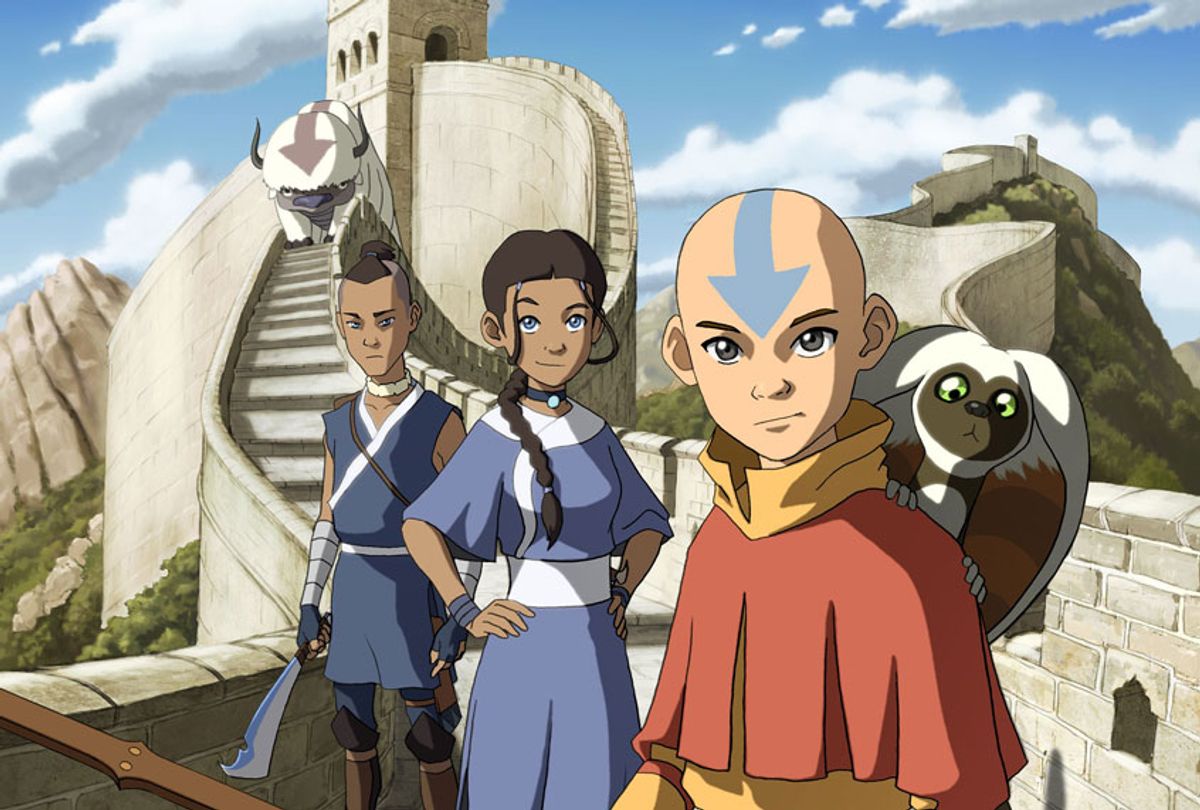 Among the rare series with an evergreen, timeless appeal, "Avatar: The Last Airbender" is particularly special. Despite having originally aired on Nickelodeon, and despite being marketed as a children's title, Michael Dante DiMartino and Bryan Konietzko created an epic with an appeal that spans generations.

Fifteen years after its premiere, all 61 episodes of the animated series arrived on Netflix in May without much fanfare, save for the fandom sounding the call and announcing its availability.

Since that day – May 15, to be precise  -– the adventures of Aang, Sokka, Toph, Katara, and their enemy Zuko (and his gentle uncle Iroh) have held on to a spot among the streaming service's Top 10 most popular titles, holding the No. 1 slot in the earliest days of its tenure.

Ordinarily a series' or film's ranking on Netfix isn't worth noting unless its popularity adds context to the discussion, and I don't have demographic data to break down the ages or backgrounds of who is watching. In this case, though, the sustained popularity of "Avatar" gives me reason for optimism. It may be the purest, smartest, and most heartfelt portrayal of the crucial importance of fighting fascism that exists in the modern era of television.

The world of "Avatar" rests on a philosophy of a balanced, harmonious world split between peoples who construct their cultures around the four elements: the Earth Kingdom; the Northern and Southern Water Tribes; the Air Nomads, who congregate in Eastern and Western mountain temples; and the Fire Nation, centered on a large island to the west of the Earth Kingdom.

A small percentage of each nation's population has an affinity with their home element that enables to manipulate it, a talent known as "bending." Into each generation is born one person in all the world who has the ability to bend all four elements, who is assigned the title of Avatar. This mantle rotates between nations as part of this world's natural inclination toward balance, and each Avatar has the ability to access the knowledge and experiences of his or her past lives. But Aang was lost for 100 years due to an accident that locked him in ice.

When he returns, he's still a 12-year-old boy, but the world is at war, and the Fire Nation has transformed into a fascist society bent on total conquest, ruled by the cruel Fire Lord Ozai with no regard for the value of other cultures or the rights of people who live in other kingdoms. Not even his own people receive that much in the way of special favor; to teach his own son Prince Zuko a lesson, the ruler scorches and scars the boy's face, banishing him until he returns with Aang.

In the meantime, with the Fire Nation's aggression nearing crisis levels, Aang discovers that he has to learn how to bend the other three elements in a matter of months, whereas previous Avatars had years to master their unfamiliar skills.

Today's "Avatar" viewership likely consists of the adults who watched as children when its three seasons first aired between 2005 and 2008, as well as people like me who were already well into adulthood, don't have any kids in the house to entertain but enjoy intelligent epic fantasy. By the time it debuted, Peter Jackson's "Lord of the Rings" trilogy had run its course, but the Iraq War had just gotten started when "Return of the King" hit theaters. And if you're wondering what these pieces of trivia have to do with anything, then you don't understand geekdom.

The simple explanation is in the overall appeal of high fantasy, particularly that of the J.R.R. Tolkien strain. Tolkien did not appreciate this work being interpreted as a parable for World War II and gave no credence to Sauron being a stand-in for Adolph Hitler or Joseph Stalin, preferring for the book to serve the purpose of championing the struggle between good and evil as never-ending and therefore universally applicable.

This did not prevent the trilogy's famously progressive star Viggo Mortensen, fated to be known as Aragorn for the rest of his days, from telling the press that he believed George W. Bush and Sauron to be of like minds. A person didn't need to know this to embrace those movies as stories in which we might take heart during dark times and watch again and again in the years since.

"Avatar: The Last Airbender" takes a message similar to Tolkien's and goes a different route, making the heroes of its Asian-influenced fables children instead of leaving the task of restoring peace and harmony to hardened adults.

Again, this isn't a unique tactic, and neither is the notion of sending four children, one of them a heralded Chosen One, on a dangerous adventure to save the world without the supervision of parents.

Aang also is an orphan, just like Harry Potter. Unlike Hogwarts' greatest student, however, Aang didn't merely lose his parents – he is the survivor of a genocide. Sokka and Katara, the brother and sister pair who find him, lost their mother in raids resembling those of slavers in scope and brutality. We find all of this out within a few episodes of Season 1, which is titled "The Book of Water."

The second season, "The Book of Earth," introduces Toph, a blind girl whose Earth bending skills are formidable enough to scare grown and incredibly strong men. Toph hides her talents from her parents, who would rather lock her away under the guise of protecting her. She runs away and joins Aang's team to be his Earth bending master.

Season 3, "The Book of Fire," holds the darkest chapters, including the imprisonment and torture of a major character and couple of episodes where Aang and Katara are tested by the opportunity to wreak vengeance upon those who wronged them.

In contrast with other serialized animated fantasies, "Avatar: The Last Airbender" is consistently responsible in its presentation of armed conflict as an ill that corrupts all parties, regularly makes the case of mercy and forgiveness over wrath and revenge, and promotes benefits of unity through the celebration of differences over assimilation.

The sobering difference between watching "Avatar" in its time versus seeing it now is that life in America looks and feels a lot like life in the Fire Nation as Aang, Katara, Sokka, Toph, and eventually Zuko experience it. It is a place addicted to its increasingly hollow sense of greatness and even superiority, steered by a leader more concerned with his own glory than caring for his people.

Still, the lessons about reckoning, forgiveness, reconciliation and rebuilding following a time period of destruction, exploitation, and chaos, are an apt allegory for the present. Netflix greenlighted a live-action version of "Avatar: The Last Airbender" some time ago, with its original creators signed to usher it into existence. Maybe by the time it's ready the world will be in a better place. Until then, the original stands as a stalwart example of allegory's power to inform and inspire instead of merely offering escape.