"It's not just Covid care that's unaffordable. Medicare for All is the long-term answer" 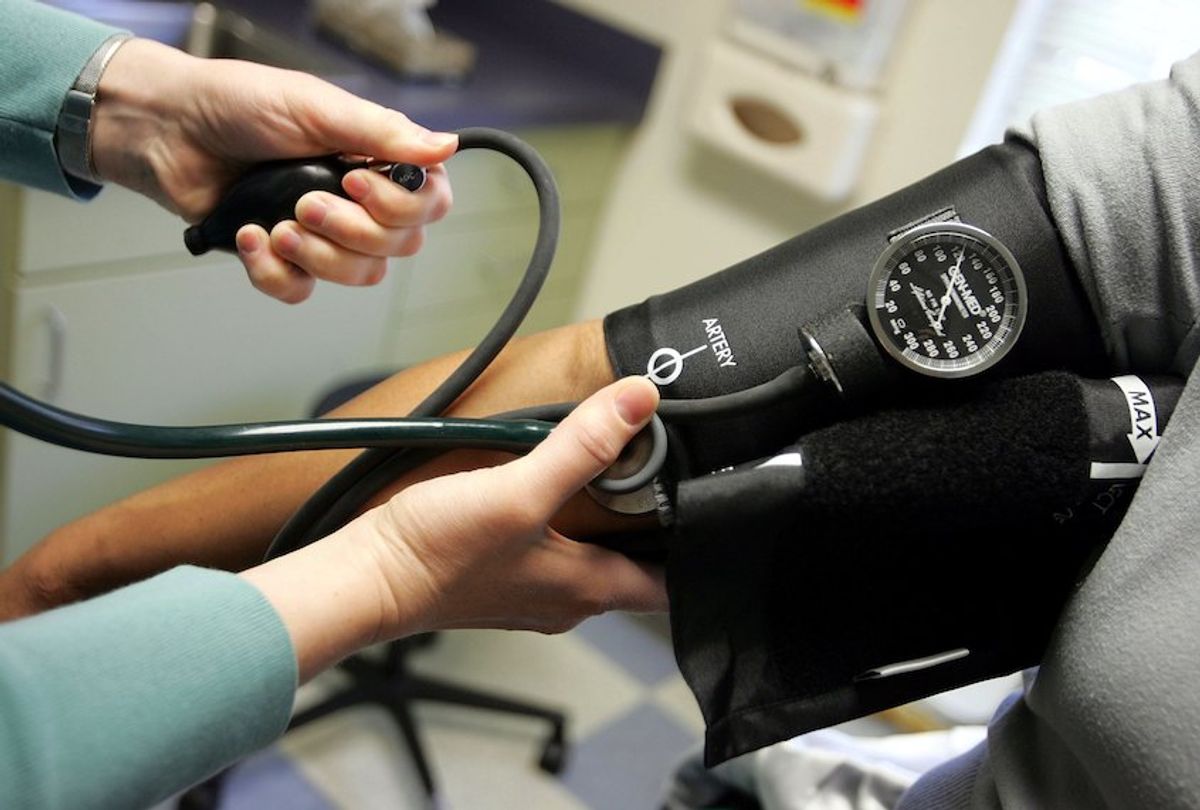 More than 18 million U.S. adults at severe risk of Covid-19 infection due to age and existing medical conditions either lacked adequate health insurance or were completely uninsured when the pandemic hit, spotlighting the extent to which America's fragmented for-profit healthcare system may have exacerbated the deadliness of the virus.

That's according to a new study published in the Journal of General Internal Medicine Wednesday by researchers from Harvard and the City University of New York's Hunter School. The study found that among U.S. adults over the age of 65 and non-elderly adults with conditions such as asthma, diabetes, and heart disease, at least 18.2 million were uninsured or underinsured at the start of the coronavirus pandemic.

"Among this increased risk group, those with low incomes, residing in a rural area, and of non-white race had higher rates of inadequate insurance," the research found. "High-risk persons living in Medicaid non-expansion states had 52% higher odds of being inadequately insured relative to those in expansion states, and high-risk individuals residing in states that had not issued stay-at-home orders had 23% higher odds of inadequate insurance relative to those in other states."

The number of at-risk Americans with inadequate insurance coverage has likely grown significantly since the pandemic hit the U.S., the researchers note, given that tens of millions of people have lost their jobs—and, as a result, their employer-provided health insurance—since mid-March. A Gallup survey released in late April found that tens of millions of Americans would avoid seeking treatment for Covid-19 symptoms due to concerns about the cost.

"Our estimates of uninsurance and underinsurance are likely underestimates," the study says.

Dr. Adam Gaffney, a critical care physician and lead author of the study, said the coronavirus pandemic "is laying bare the lethal inequality of American society and American healthcare."

"Our ICU has been flooded with poor and minority patients; having Covid-19 is scary enough without worrying that you'll be bankrupted by medical bills," said Gaffney, who works at the Cambridge Health Alliance and Harvard Medical School and serves as president Physicians for a National Health Program (PNHP).

The researchers said their findings highlight the inadequacy of both congressional efforts to expand coverage during the pandemic and temporary Covid-19 treatment fee waivers offered by private insurance companies.

"These promises of new protections for patients with Covid-19 are full of holes," said Dr. Danny McCormick, a primary care physician and senior author of the study. "Covid-19 threatens the health of people everywhere, but only in the U.S. will it also ruin patients financially. When people avoid testing and care because they fear the costs, it fuels the epidemic's spread."

Dr. Steffie Woolhandler, distinguished professor of Public Health at CUNY's Hunter College and another of the study's authors, said the new research bolsters the case for both an emergency expansion of Medicare to the uninsured — as proposed by Sen. Bernie Sanders, I-Vt., Rep. Pramila Jayapal, D-Wash., — and an eventual transition to Medicare for All.

"It's not just Covid care that's unaffordable," said Woolhandler, co-founder of PNHP. "Patients with heart disease, asthma, and diabetes need protection too. Medicare for All is the long-term answer. But in the meantime, passage of the stopgap Medicare expansion bills introduced by Sen. Bernie Sanders and Rep. Pramila Jayapal would ensure that patients can get the care they need during the crisis, regardless of their diagnosis."