With the U.S. looking backward and Britain finally out, EU leaders are proposing a bold economic rebuild 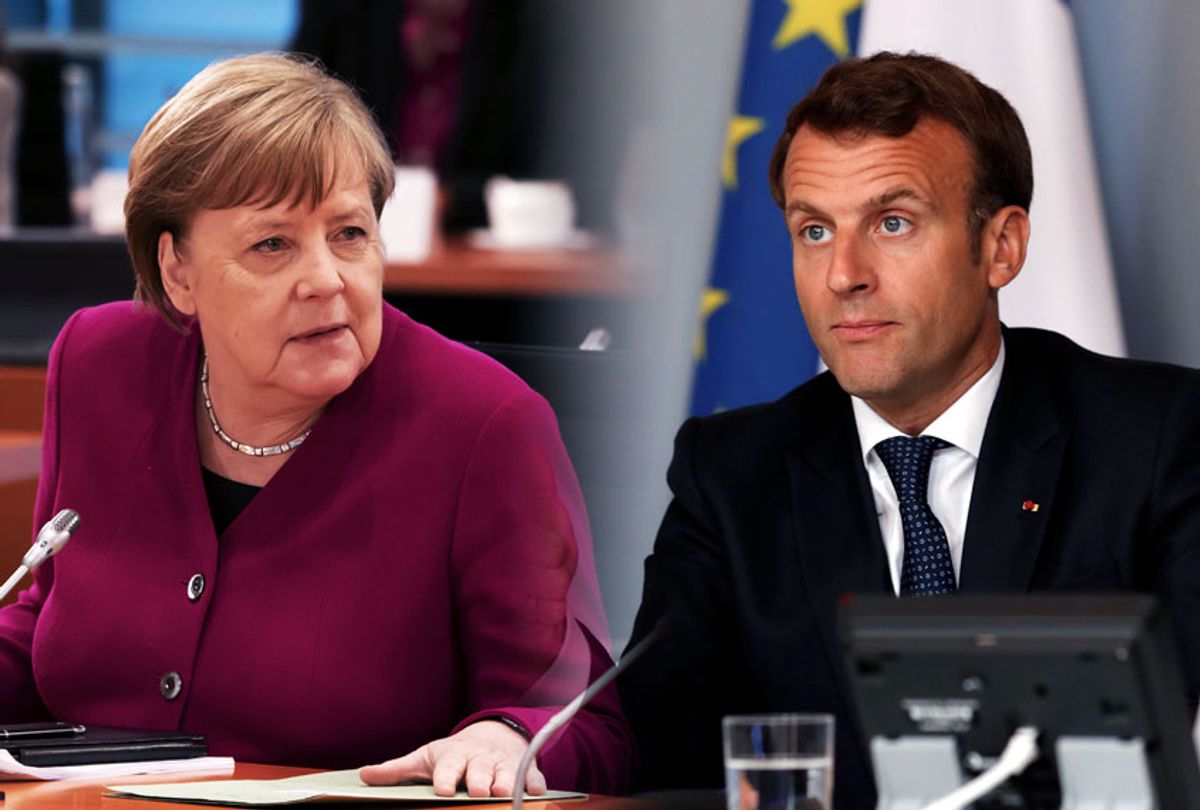 Europe for years aspired to lead climate progress — but also, for years the EU seemed unable to grasp the scale of the actions needed to become, as French President Emmanuel Macron has proposed, "Europe, la Puissance" (that is, "the power").

France skillfully landed the Paris agreement, but its foundation was a U.S.-China rapprochement. The 2009 United Nations Climate Change Conference, commonly known as the Copenhagen Summit, showed the limits of European heft. After the Paris accords there was often an alarming tentativeness in the EU, which was wracked by the endless Brexit debate and hostility towards a decisive clean energy transition in coal-reliant regions. Political leaders stumbled over how to deliver an adequately ambitious next round of EU pledges, to follow up on Paris.

But now, at the very moment when global climate momentum is without any doubt in great peril, and when it is clear there is no time for the Paris approach to fail and a new one to be constructed from scratch, "Europe, the Power," is stepping forward at last.

We should all be thankful. More fundamentally we should all learn from Europe's climate moment, which is driven by the belief that after the coronavirus crash, rescuing the economy not only allows but requires that government investment and stimulus focus on accelerating tomorrow's technology, not simply restoring yesterday's.

Recently the EU released its response to the looming global depression: a $2 billion stimulus plan, one that breaks sharply from previous EU investment strategies in two ways. First, it proposes that two-thirds of the recovery fund for individual countries be grants, funded EU-wide, with only one third as loans to be repaid by the beneficiary countries. This gives the EU for the first time the qualities of a fiscal union, like the United States.

Second, a quarter of the funds were designated to pay for the block's "Green Deal", the project launched by European Commission President Ursula von der Leyen and led by First Vice President Frans Timmermans. A central feature of the Green Deal is a commitment to help coal-dependent regions of Europe make a more rapid transition away from that dirtiest of fuels. Questions remain about how quickly this should happen, and what role natural gas should play in replacing coal — but this still remains the largest climate pledge by far made by any major emitter, and indeed is an almost shockingly large commitment in light of the COVID-19 crisis and resulting economic crash.

Among the major initiatives, the EU made clear it wants to accelerate development of "green hydrogen" as a zero-carbon replacement for fossil fuels in industry, andthe smelting of steel in particular.  Europe has important competitive advantages over China and India in terms of scaling up hydrogen, because it can convert its existing gas pipeline network to carry hydrogen (as indeed could the U.S.). And low carbon hydrogen would enable Europe to green much of its existing industrial plant, rather than replacing it.

European nations had already been carving their own decarbonization agendas on an individual basis. Milan had barely passed the peak of its pandemic death toll when the city announced a major re-engineering of its streets, transit and traffic patterns to reduce crowding on transit while making much of the city an auto-free zone. Other European cities, including Paris, Berlin and Brussels, are joining in.

France, faced with a collapsing auto market that threatens its two national automakers, Renault and Peugeot, chose a $9 billion incentive program for battery and plug-in electric vehicles (EVs). Macron challenged the nation to compete with China for the role of the world's leading EV manufacturer, a sector where France's expensive gasoline and ultra-cheap nighttime nuclear electricity provide powerful advantages.

Meanwhile, Germany launched the biggest national package of them all, $145 billion, doubling existing subsidies for EVs, cutting sales taxes and generally positioning the country to both partner with and compete with France in the battle against China for control of the electric transportation future.

The EU had signaled that Berlin must move to link subsidies to major companies with important reforms; financial aid to Lufthansa was tied by Brussels to reducing the national airline's access to free landing slots at major German airports.

Britain, as it leaves the EU, made clear that it intended to demonstrate its climate leadership in the run-up to the U.K.-hosted UN Climate Summit, which has now been delayed for a year. Prime Minister Boris Johnson, in announcing the new date, said, "We owe it to future generations to build back better," and promised a green stimulus plan by summer. Britain recently ran its economy coal-free for the first month in centuries.

It's vital to understand, however, that Europe's climate boldness in the face of the obvious need for a major economic recovery program is not a choice to compromise recovery in favor of decarbonization. It is a solid recognition by Europe's leaders that a recovery en marche toward new technologies and new competitive advantages is a far stronger platform for competing with China and the U.S. than a static, backward-looking strategy like the one embraced by the Trump administration. Other reform components of the recovery program, like the EU-wide grant program and the resistance to insider bailouts of airlines, reflect the continent's determination to resume its global leadership role as Trump fritters away America's.

Europe fears that China has an overwhelming advantage on solar panels, and that Asian nations in general lead on batteries. So the Europeans have decided they'll try to own off-shore wind, EVs and hydrogen technology, and catch up on other clean-energy technologies if and when they can.

While Trump tries to protect his golf courses and whines about the imaginary horrors of wind farms, the race for the future has begun. The United States isn't even on the board.