"America: Do not listen to President Trump on any medical advice" 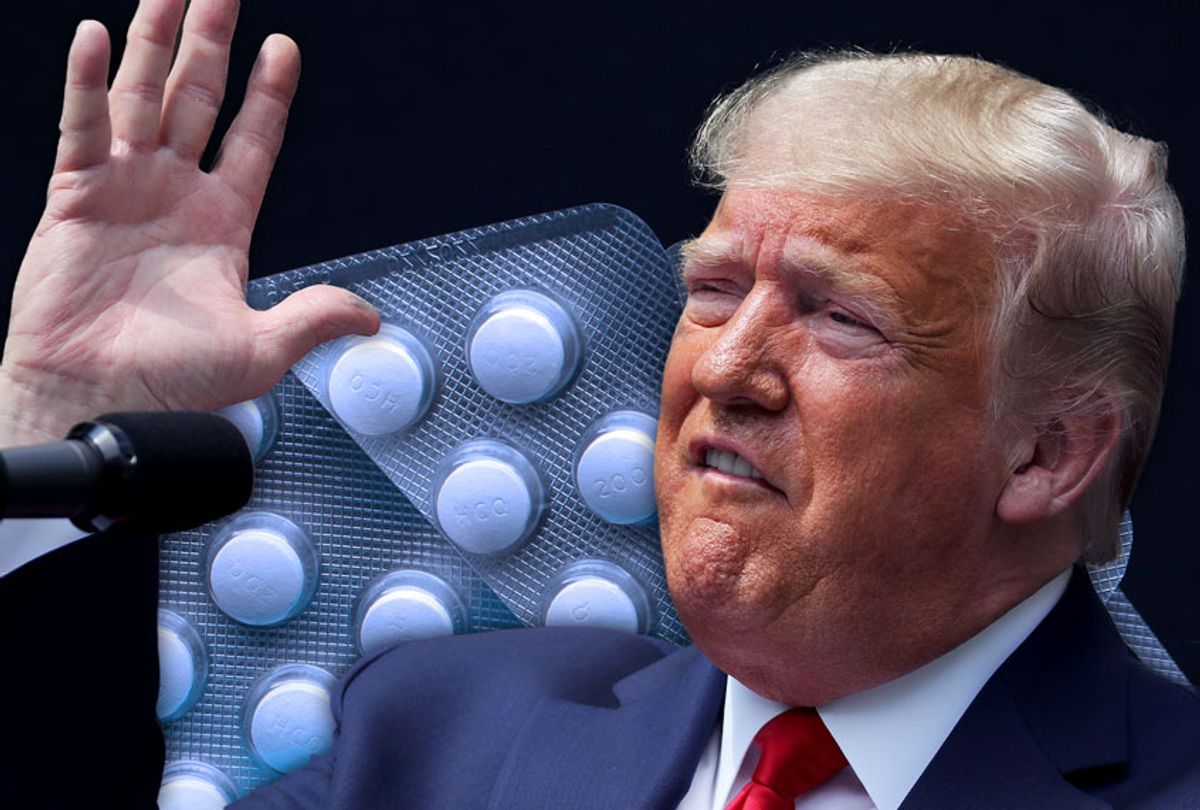 The FDA on Monday rescinded its emergency authorization of the drug hydroxychloroquine to treat COVID-19, a decision critics saw as a rebuke to President Donald Trump, whose repeated and ill-informed promotion of the drug has flown in the face of safety recommendations, sound science, and public health.

"Do not listen to President Trump on any medical advice," tweeted Senate Minority Leader Chuck Schumer (D-N.Y.) in response to the ruling.

Trump's repeated touting of the drug—and then his claim that he was using it himself as a preventative treatment—has drawn criticism from public health experts, especially as studies have shown the drug's potential harm to COVID-19 patients.

As Politico reported, Trump's advocacy for the drug presented problems:

The administration's focus on the malaria medicines in the early months of the pandemic deepened a divide between the White House and its health agencies. Several administration officials told POLITICO they felt the drugs got outsized attention while FDA scrambled for solutions in March. Other current and former Health and Human Services officials later said that the emergency authorities and White House demands cast a shadow on FDA as it struggled to remain independent.

HuffPost reporter Melissa Jeltsen noted the disconnect between the agency's promotion of the drug before Mondays reversal and how it treats reproductive medications.

"Pretty insane that the FDA gave emergency authorization for hydroxychloroquine, but declined to change the dispensing rules on abortion medication," tweeted Jeltsen, "which meant women all over the U.S. had to travel 100s of miles to pick up drugs taken at home."

New of the FDA announcement came hours after Republican National Committee chairwoman Ronna McDaniel told Fox News that attendees of the president's first rally in months scheduled for Tulsa Saturday would not be required to wear masks despite the close quarters the 19,000 expected attendees will face at the Bank of Oklahoma Center.

"The American people can make decisions for themselves," said McDaniel, "we're all pretty informed about COVID at this point."