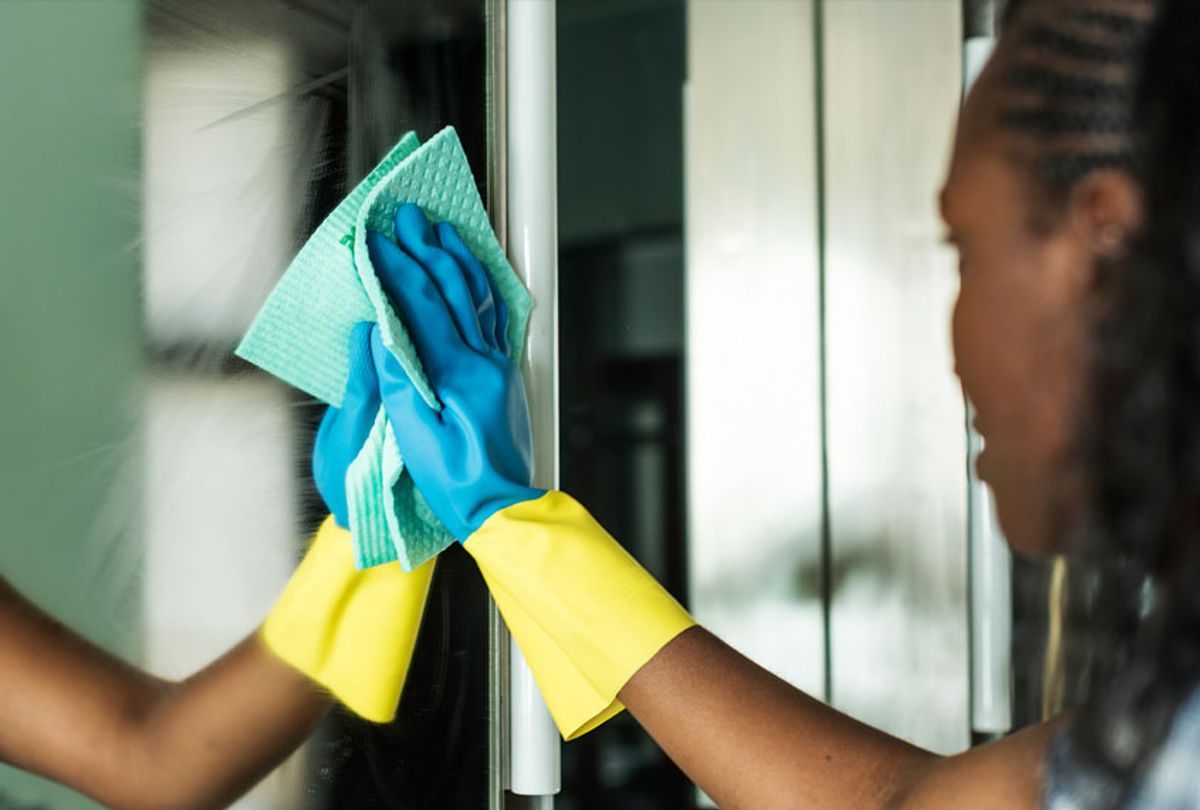 As the country continues to reopen its economy, many Black immigrant domestic workers are fearful of turning to the government for any kind of aid — exemplifying how the Trump administration's xenophobic sentiments have made marginalized workers wary of seeking out state help for which they may qualify.

A new survey published today by the National Domestic Workers Alliance's (NDWA) in partnership with The Institute for Policy Studies' (IPS) Black Worker Initiative find that 49 percent of the 800 Black immigrant domestic workers surveyed in Massachusetts, Miami-Dade, Florida, and New York City said they are fearful of seeking assistance or resources from the government — federal, state, or local — due to their immigration status.

Their mistrust of the government reflect a less-studied byproduct of the xenophobic rhetoric of the Trump administration, which has routinely demonized immigrants over the past four years.

Sadly, this demographic of workers is particularly marginalized in the pandemic-related recession: 45 percent of the domestic workers surveyed said they lost their jobs, and 25 percent said their hours were reduced recently. Fifty-one percent reported that they do not have medical insurance, and 25 percent have experienced or live with someone who has experienced symptoms of COVID-19.

"The reality is that Black domestic workers are in this situation because of the history of domestic work in the U.S.,"Aimée-Josiane Twagirumukiza, Black Organizing Director at the National Domestic Workers Alliance said at a press conference Tuesday. "Domestic work is of course rooted in the institution of slavery, so it is really by design that Black women in particular live at these intersections and also live with the expectation that they will put their own lives and their own families on the line in order to care for employers and for their communities."

Twagirumukiza said that the National Domestic Workers Alliance is expecting a "massive housing crisis" the pandemic. Sixty-five percent of those surveyed said that they are worried about getting evicted or their utilities shut off in the next three months. Of those surveyed in Miami-Dade, a region with a large Haitian and Caribbean population, 90 percent said they are worried about being evicted or having their utilities shut off — as a result of those out of work being unable to afford housing.

Twagirumukiza noted that many of these domestic workers have been excluded from relief that is available to most workers across the country.

The $2 trillion CARES Act gave taxpayers unemployment benefits and up to $1,200 for those who were eligible, but that didn't include undocumented immigrants. In the United States, there are an estimated estimated 11 million undocumented immigrants. According to the Migration Policy Institute, 6 million immigrant workers hold essential worker-type jobs on the front lines of the coronavirus response. Many of these workers have felt unseen and overextended, and now as the economy reopens they are feeling left behind.

"This pandemic . . .  and the attacks on African American immigrants, low wage workers, and women workers has all come to a crescendo," Marc Bayard, director of the Institute for Policy Studies' Black Worker Initiative, said on Tuesday. "Black female immigrant domestic workers, even if they are eligible for state and federal assistance, are very fearful to seek it out."

Lydia, a Boston-based caregiver who until recently worked for an 80-year-old client, spoke at the press conference and said that in mid-April she received a call from her client that she could no longer come in because of the coronavirus threat.

"I was not given any advance notice or any unemployment benefits," Lydia said. "I feel like right now I'm in limbo and I'm not sure if my previous clients will call me back."

Leydis Munoz of Panama has been a nanny in the United States for 18 years. She said that she was let go from as a nanny last September when she was eight months pregnant because her employer didn't want to pay for maternity leave.

Some states and cities have taken steps to provide financial relief for those who were left out of the CARES Act; California and New York City, for example, created funds to support unauthorized immigrants. The HEROES Act, which has passed the House of Representatives and needs to pass the Senate, would provide financial assistance to unauthorized immigrants, among other relief efforts.

In May, immigrant advocates from Georgetown Law and Villanova Law filed a class action lawsuit, arguing that the CARES Act unfairly discriminated against children of unauthorized immigrant taxpayers.

However, the HEROES Act has been derided by Senate Majority Leader Mitch McConnell (R-Ky.) as a "liberal wish list." Indeed, the Republican party's dismissiveness of it plays into an old conservative narrative that the poor and marginalized do not deserve government benefits.

Still, advocates believe it still has a shot.

"I think that there is an opportunity right now in the Senate, you know, to really pass the HEROES Act and really have concrete relief that's accessible to a lot of families in ways that previous packages weren't," Twagirumukiza at the National Domestic Workers Alliance said.

Yet as the survey published on Tuesday showed, many immigrant workers may still be fearful of seeking government relief due to the tone set by the Trump administration's anti-immigrant rhetoric.