Democratic Gov. Michelle Lujan Grisham says she is "horrified and disgusted" by the "unspeakable" act of violence 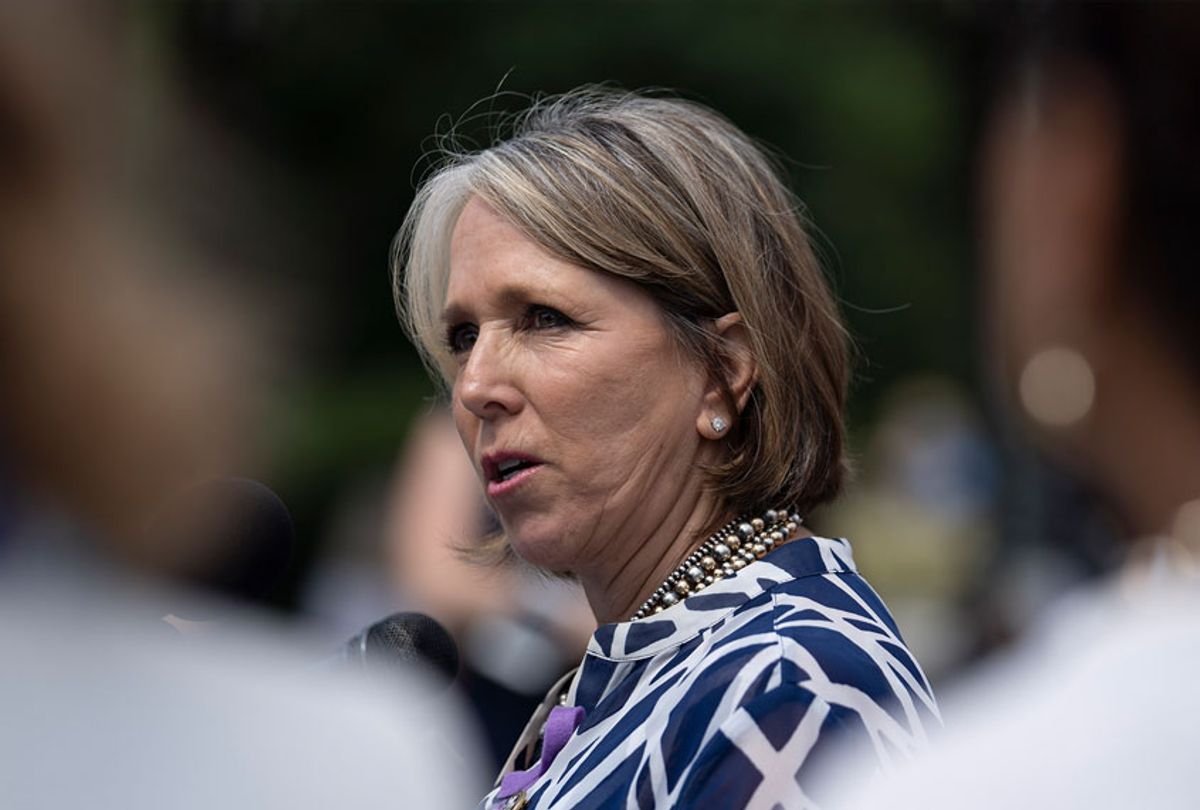 Members of an armed white militia were detained Monday in Albuquerque after an individual gathered among a group of protesters attempting to pull down a statue of a conquistador was shot.

The Albuquerque Police Department (APD) arrested Stephen Ray Baca, 31, in connection with the shooting after detaining several members of a white militia who call themselves the "New Mexico Civil Guards," according to local news outlet KRQE. Though Baca has been charged with aggravated battery, his ties to the group have not been confirmed.

The shooting happened as a group of protesters attempted to tear down a statue of conquistador Juan de Oñate near the city's Tiguex Park. Videos posted to Twitter captured the moment several shots rang out as protesters tried to topple the statue.

Members of the militia were recorded being taken into custody.

Witnesses told KRQE that although dozens of protesters had called the police for help before the shooting, officers did not arrive until after it occurred.

"About 30 people call police asking for help even 30 minutes before this had even arised [sic], and no cops came onto scene," one witness told the outlet. "By the time we ran here, shots fired and a gentlemen fell down . . . A whole swarm of — who are supporters — helped to resuscitate make sure that he was good. He was safe and well."

The man was reportedly taken to a hospital in critical but stable condition.

Police said they took multiple "individuals" into custody for questioning. Video shows armed militia members surround the man, seemingly to protect him from protesters. Several witnesses reported that Baca identified himself as the son of a Bernalillo County Sheriff's Office employee. The sheriffs office said APD was "unable to release any information that would assist us on confirming any person making claims to have a familial relationship with any current or former deputy."

"We are receiving reports about vigilante groups possibly instigating this violence," APD Chief Michael Geier tweeted. "If this is true will be holding them accountable to the fullest extent of the law, including federal hate group designation and prosecution."

Sen. Martin Heinrich, D-N.M., called for the Department of Justice to investigate the shooting. The FBI is assisting the investigation, an APD spokesman told the Albuquerque Journal.

"This is not the first report of heavily armed civilian militias appearing at protests around New Mexico in recent weeks," Heinrich said. "These extremists cannot be allowed to silence peaceful protests or inflict violence."

"Although we are still learning more about the situation, I am horrified and disgusted beyond words by the reports of violence at a protest Monday night in Albuquerque," she said in a statement. "The heavily armed individuals who flaunted themselves at the protest, calling themselves a 'civil guard,' were there for one reason: To menace protesters, to present an unsanctioned show of unregulated force. To menace the people of New Mexico with weaponry — with an implicit threat of violence — is on its face unacceptable; that violence did indeed occur is unspeakable."

Albuquerque Mayor Tim Keller vowed that the city would remove the "statue until the appropriate civic institutions can determine next steps."

"The shooting tonight was a tragic, outrageous and unacceptable act of violence, and it has no place in our city," he said. "Our diverse community will not be deterred by acts meant to divide or silence us. Our hearts go out the victim, his family and witnesses whose lives were needlessly threatened tonight."

"Notice how calmly they're all being detained," he tweeted. "Don't tell me George Floyd and Rayshard Brooks and Eric Garner — who did not harm anybody — couldn't be treated differently."