How to make Joe Biden's administration the most progressive in history

Biden has moved left in important ways. Bernie's voters should support him — and push for a progressive cabinet 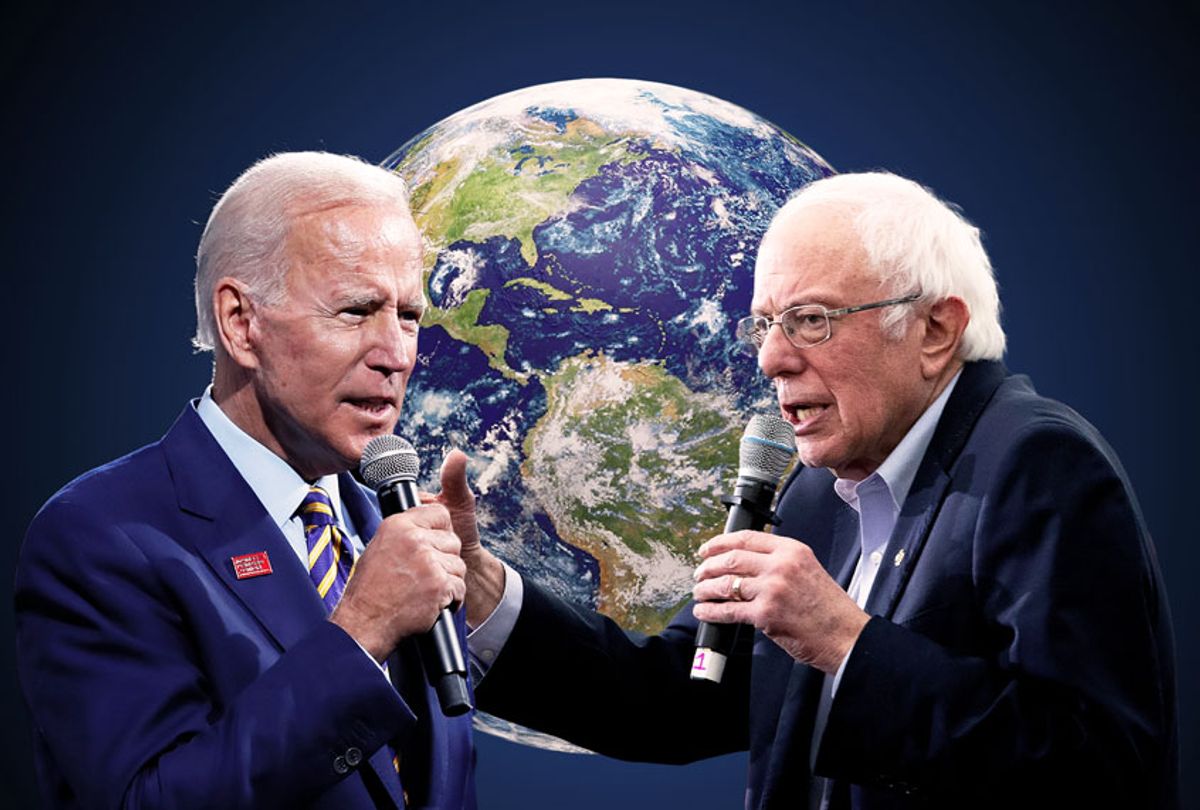 On March 17, Jon Favreau, a former Obama administration official well known for co-hosting the popular Pod Save America podcast, tweeted: "Joe Biden will run on the most progressive platform of any Democratic nominee in history, and Bernie Sanders and the movement he inspired are a big reason why."

He's right: From health care policy to climate action, Biden's campaign platform is more progressive than any previous nominee, including the man under whom he served as vice president. But to fulfill that promise, Biden needs to make sure his administration is staffed with people serious about turning his vision into reality. During Donald Trump's administration, the White House has gutted the Environmental Protection Agency (EPA), pushed out lifelong diplomats, thereby increasing the risk of another costly war, and gutted other vital oversight agencies. Rebuilding the federal government after four years of ransacking will be a monumental task, but it's one that needs to be done if Biden wants to make his campaign's progressive vision into reality. Should Democrats win back the Senate in November, Biden should work with activists to assemble the most progressive administration in history.

Donald Trump was elected with the promise of "draining the swamp." Since coming into office, he's done anything but. Under Trump, a career pharmaceutical lobbyist is in charge of the nation's health policy, a former oil lobbyist oversees the nation's national parks, and a coal lobbyist is responsible for regulating air quality. As disturbing as this is, this should not be seen as aberration from the norm but as the way recent presidents from both parties stocked their administration.

Even Barack Obama, by all accounts the most progressive president in recent memory, maintained the revolving door between lobbying and holding an executive position and included far too many Wall Street and Big Law alumni in his administration. It's clear that progressive groups should collaborate with Biden's team on forming the most progressive administration in American history rather than leaving the work to lobbyists aligned with the party's moderate wing. In a historic new report by Data for Progress, we've compiled the most exhaustive and serious list of viable names for Cabinet and Cabinet-rank positions ever released by a progressive policy organization.

Obama's biggest mistake in his eight years in office was outsourcing the Cabinet selection process to conservatives in his inner circle like Rahm Emanuel and Michael Froman, which led to an administration full of appointees who often conflicted with the president's vision for a fairer, more progressive America. This isn't to say that Obama was ever aligned with the democratic socialist wing of the party, but it is clear that most members of his administration, such as Treasury Secretary Tim Geithner or Defense Secretary Bob Gates, were never particularly interested in the Obama campaign's promises of change. Sadly, more of Obama's administration ended up in the private sector than any previous president, even Republicans. It is as important that Biden learns from mistakes of past Democratic presidents as it is to defeat Trump in November. Lucky for his team, he can do both at once by rallying the party's progressive base with progressive cabinet choices.

It's no secret that Trump has utterly decimated the State Department. In order for the United States to regain the trust of allies on the world stage, it is necessary to have a secretary of state committed to the principles of pluralism and liberal democracy and who has a record of opposing the United States's most damaging foreign policy ventures. Under Trump, the morale of the department's personnel is at an all-time low, positions have been filled with unqualified partisans (including multiple alumni of Fox News), and on matters of policy the department has shifted away from pursuing cooperation with other countries in favor of isolationism. The way in which past Democratic administrations treated the State Department, however, is also worthy of scrutiny. Indeed, while the State Department under Obama participated in international initiatives such as the Paris accord, too many high-level positions within the State Department were given to wealthy donors and interventionists. While looking to staff the department, Biden should look to career foreign service officers, anti-interventionists and other experts intimately familiar with what it will take to build a more peaceful world order.

Biden has been in politics for a long time, and the world has changed drastically since his time in the Senate. Our national security apparatus must be updated to meet the current crises of the times, many of which are non-military. While some of Biden's foreign policy staff have admitted to learning from past mistakes, there are still far too many who see maintaining American supremacy, rather than global cooperation on global problems, as a goal. Under Trump, the Department of Defense has been staffed with Republican donors and defense industry lobbyists from the likes of Boeing and Raytheon. The Pentagon's leadership has given into the demands of private military firms like Blackwater, run by the brother of Education Secretary Betsy DeVos, by effectively privatizing (and thereby removing from oversight) many U.S. military ventures. It should be noted, however, that past Democratic administrations have generally staffed the department with interventionists generally opposed to necessary Defense Department budget cuts. Assuming the Senate has a Democratic majority, Biden needs to staff the Pentagon with individuals who understand that military action must be a last resort, not the default M.O. of U.S. foreign policy.

Under Trump, the Department of "Justice" has become anything but. Under the leadership of Jeff Sessions and Bill Barr, the department has made a mockery of the rule of law, rescinded protections on civil rights, and protected the rich and powerful at the expense of average people. That said, Biden needs to not repeat Obama's mistake of filling the department with people unwilling to prosecute white collar crime and end the federal prohibition of marijuana. Biden should avoid choosing Big Law alumni for U.S. attorney posts in favor of civil rights attorneys and public defenders. The Department of Justice must be willing to use every instrument at its disposal to penalize and prosecute white collar criminals and secure meaningful criminal justice reform.

Over the past three years, Trump's Treasury Department has presided over the gutting of financial regulations put in place by the Obama administration in the aftermath of the 2008 financial crisis. Led by Goldman Sachs alum Steve Mnuchin, the department presided over the drafting of the disastrous 2017 tax cut bill. Its disastrous management has led to a spillover abroad, with policymakers in the department helping to sabotage a global COVID-19 relief effort. Unfortunately, the last Democratic administration was also staffed largely by investment bankers and alumni of multinational firms. Biden should look to staff the department with progressive economists and financial regulation experts (including those with backgrounds in the legal world) supportive of redistributive policies.

While Biden will surely face pressure to nominate uncontroversial, easily confirmable moderates to cabinet posts, bowing to such pressure will result in a situation in which the federal government is composed of actors potentially hostile to Biden's agenda. For the sake of good public policy and maintaining the confidence of his voter base, it's imperative that his team understands this and includes the left in key decision-making roles, including cabinet positions. Likewise, members of the party's progressive wing need to understand that electing Biden and regaining the Senate for the Democrats needs to happen in order for any positive change to occur on the national level over the next four years.

The full report, which includes insight as to how a progressive administration would approach the staffing of each department, is available on the Data for Progress website. Next month, Data for Progress will release a first-of-its-kind extended document listing potential names for each cabinet (and many other executive posts) office. As November approaches, it is key that the Biden camp understands that, if he does defeat Trump, that will be as a result of millions of Bernie Sanders' voters doing the right thing and turning out for the Democratic nominee.

Aidan Smith is a writer and electoral analyst from Orange County, California.