Advocates warn that if DeVos’ rule change goes through, it will make it harder for victims of harassment 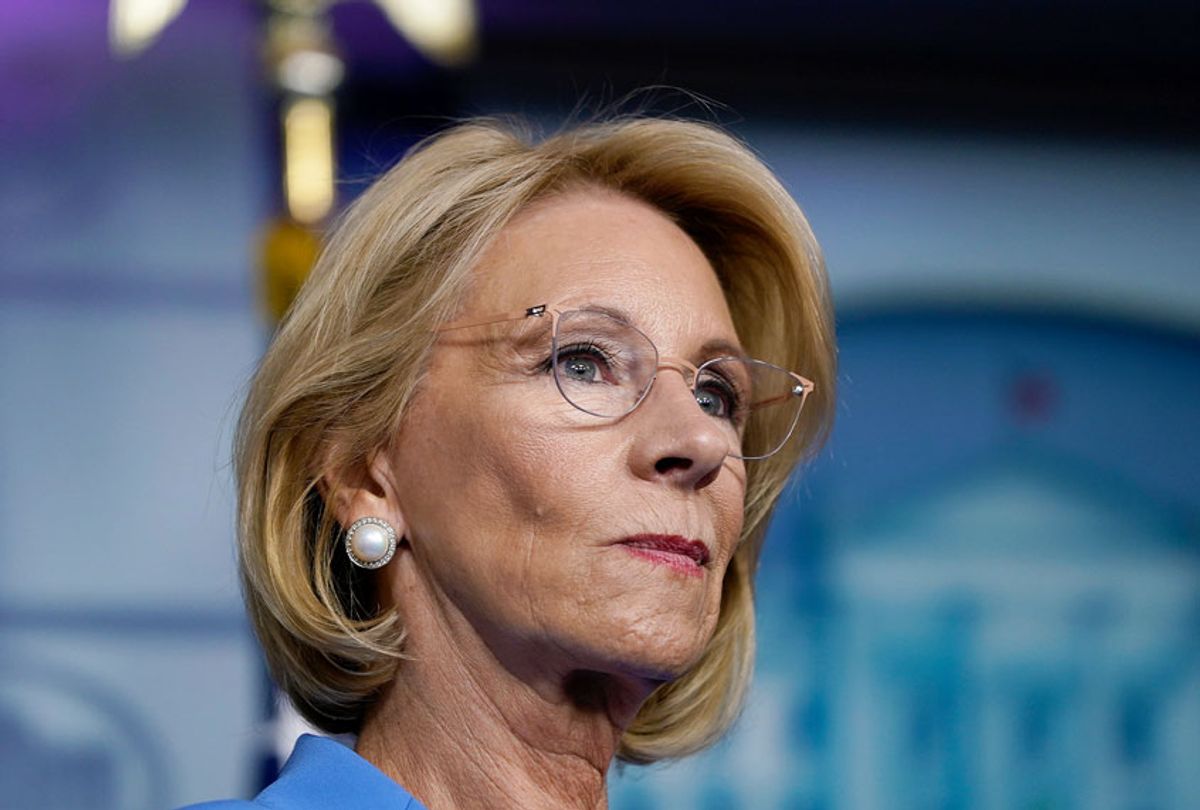 On Thursday, the City and State of New York filed a lawsuit against the Department of Education to block a controversial new rule, pushed by Secretary Besty DeVos, that would allow people accused of sexual harassment and assault to cross-examine accusers as part of university adjudication procedures.

The plaintiffs are alleging a violation of the Administrative Procedure Act — the same law the Supreme Court used to block President Donald Trump from suspending the DACA program that gave work permits to young immigrants.

According to the lawsuit, DeVos and her officials' decision will "discard decades of established Title IX policy and practice," and was forced through in the middle of COVID-19 lockdowns for educational institutions, with no regard for how the current public health situation would affect the change.

NYC and State sued Betsy DeVos's Dept of Education in federal court to block a Trump admin rule they claim will frustrate efforts to clamp down on sexual harassment.

The admin tried to ram in the change with schools closed during the pandemic, the lawsuit says. @CourthouseNews pic.twitter.com/1cMCx1W9bu

Civil rights advocates have warned that if DeVos' rule change goes through, it will make it harder for victims of harassment and assault to come forward, as well as reducing the kinds of incidents that are required to be reported in the first place.