"Get off your phone": Trump scrolls through cell while small business owner describes hardships

"He's not even trying to pretend at this point" 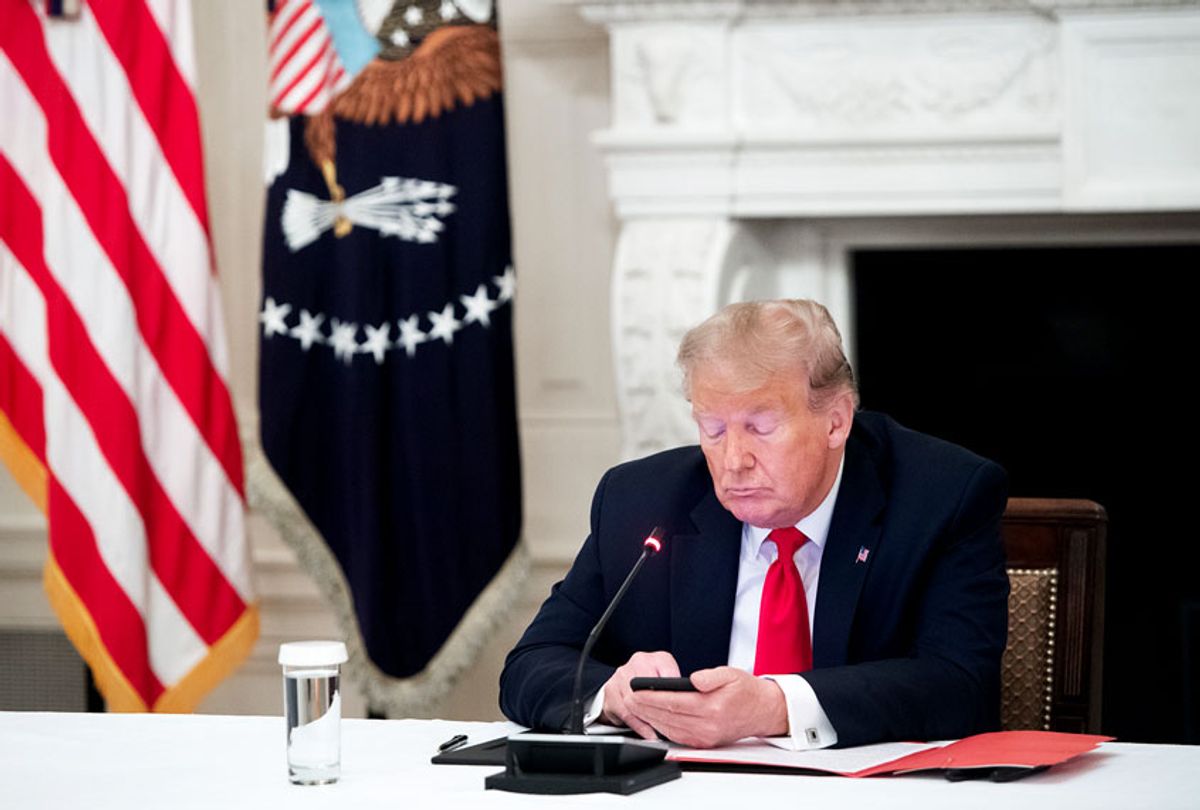 US President Donald Trump uses his cellphone as he holds a roundtable discussion with Governors about the economic reopening of closures due to COVID-19, known as coronavirus, in the State Dining Room of the White House in Washington, DC, June 18, 2020. (SAUL LOEB/AFP via Getty Images)
--

President Donald Trump was excoriated on social media after turning his attention to Twitter during a roundtable Thursday afternoon on the economic impacts of the coronavirus pandemic as one attendee detailed the hardships faced by her small business due to the outbreak.

"Get off your phone and pay attention!" tweeted author Jason Cranford Teague.

The president began scrolling through his phone as a business owner described how the pandemic has affected her company's operations, including the need for added runners and phone operators to handle social distancing requirements.

Trump's focus instead was apparently on composing a tweeted threat to China referring to Ambassador Robert Lighthizer's comments Wednesday to the House that it was unlikely the Chinese and U.S. economies could "decouple."

"It was not Ambassador Lighthizer's fault (yesterday in Committee) in that perhaps I didn't make myself clear, but the U.S. certainly does maintain a policy option, under various conditions, of a complete decoupling from China," said the president. "Thank you!"

An avalanche of criticism quickly followed.

"He's not even trying to pretend at this point," tweeted Vox journalist Aaron Rupar.